By Fred L. Block, author of Capitalism: The Future of an Illusion

Fred has been a scholar-activist since the 1960’s.  His work has focused on finding  leverage points for democratic and egalitarian social change.  More recently, he founded the Center for Engaged Scholarship, which provides dissertation support for social science students in the U.S. whose work can contribute to social and environmental justice.

Did millions of white people vote for Donald Trump because of racism or because of their dissatisfaction with the economy? This question has been endlessly debated, but it is the wrong question.   Around the world, we have seen a common pattern. Economies have been growing slowly or not at all and voters have turned to ethno-nationalist politicians who fan hatred of minorities such as Kurds, Romany people, Muslims, immigrants or gays. As liberal democracies fail, the main alternative currently on offer is authoritarian politics that relies on hatred and exclusion.

The main responsibility for this unraveling first liberal democracy, however, lies with centrist political and business elites who have pushed austerity ever since the 2007-2009 Global Financial Crisis.   The correct response to that crisis would have been bold reforms to generate inclusive and sustainable economic growth that could help reverse the rising income and wealth inequality of recent decades. But instead these elites insisted they were powerless to alter the unchanging logic of global capitalism.

But as I argue in Capitalism: The Future of an Illusion, this unchanging logic does not exist. Actually existing capitalism has been radically transformed multiple times in its brief history. Furthermore, the economic dynamism that has been mistakenly attributed to “capitalism” or “ free markets” is actually the product of democratic institutions that have made it possible for people to win egalitarian reforms through the political system. The reality is that when democracy is impaired and restricted as it has been in recent decades, economic elites turn to predatory behavior and the economy stagnates.

It follows that the fight against authoritarianism, against racism, and for a stronger economy can be the same fight.   The common thread is deepening and expanding democracy. This includes protecting voting rights, eliminating gerrymandering, and restraining the influence of big money in politics. But is also means challenging all the practices that make certain groups second class citizens.

Moreover, by subordinating the market to democratic politics through measures such as regulations and redistributive taxation, we can recreate a dynamic economy that works for all citizens.   The reform efforts of the New Deal in the U.S. and of social democracy in Europe did not fail because they went too far.   They failed because they were not extended in later decades to place ever-greater limits on the power and wealth of the millionaires and billionaires.

As the song says, “ You gotta dance with the one that brought you.”   It was democracy, admittedly imperfect and racialized, that made possible the unprecedented material prosperity of developed societies. So a more perfected and inclusive democracy is the way to escape the dangers we currently face of authoritarianism, institutionalized oligarchy, racial polarization and environmental devastation.

The Scholar-Activist Paradox
A Long Journey to the Washington Mall: A History of Black Museums 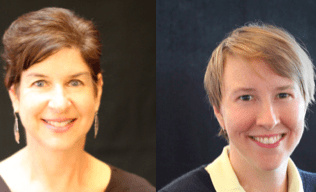 At ASA, What It Means to be a Scholar-Activist 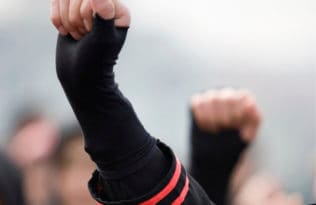