This piece, which was originally published on July 2, 2018, is reposted with permission from the author.

By David Bacon, author of In the Fields of the North / En los campos del norte

That effort has been headed by Rep. Bob Goodlatte (R-VA), chair of the House Judiciary Committee, and is supported by many growers around the country, particularly on the west coast. Originally Goodlatte introduced a stand-alone bill in 2017, the Agricultural Guestworker Act. Although that bill didn’t get a vote in Congress, its main provisions were folded into a much larger, comprehensive bill Goodlatte tried to pass this spring, the Securing America’s Future Act. That bill failed by a vote of 193 to 231. Goodlatte then incorporated his guestworker provisions into the Border Security and Immigration Reform Act (H.R. 6136). That fared even worse, 121 to 301.

Nevertheless, House Speaker Paul Ryan made a promise to Congressman Dan Newhouse (R-WA), a cosponsor of H.R. 6136, that he would hold a vote on agricultural worker issues before Congress adjourns at the end of July. After noting his minority votes for the two comprehensive immigration bills, and criticizing fellow Republicans for torpedoing them, Newhouse said in a statement, “the House has yet to address the crisis facing agriculture producers who cannot find enough workers, and I will not stop advocating for improvements to create a reliable legal guest-worker system. If our nation’s farmers are to continue providing food for America and the world, it is incumbent on Congress to act to address labor needs. I thank the Speaker for committing to hold a vote on this matter in July.”

Goodlatte’s guestworker bill has not yet been reintroduced, but when it is, the contents will undoubtedly be the same as in previous iterations. The latest guestworker provisions, in the Border Security and Immigration Reform Act, are a window into what is to come. Those provisions would create a massive new guestworker program, based on a new visa category called H-2C. This would take the place of the current H-2A visas, whose numbers have increased from 44,619 workers in U.S. fields in 2004 to 200,049 last year – a growth of over 450 percent in a little over a decade. 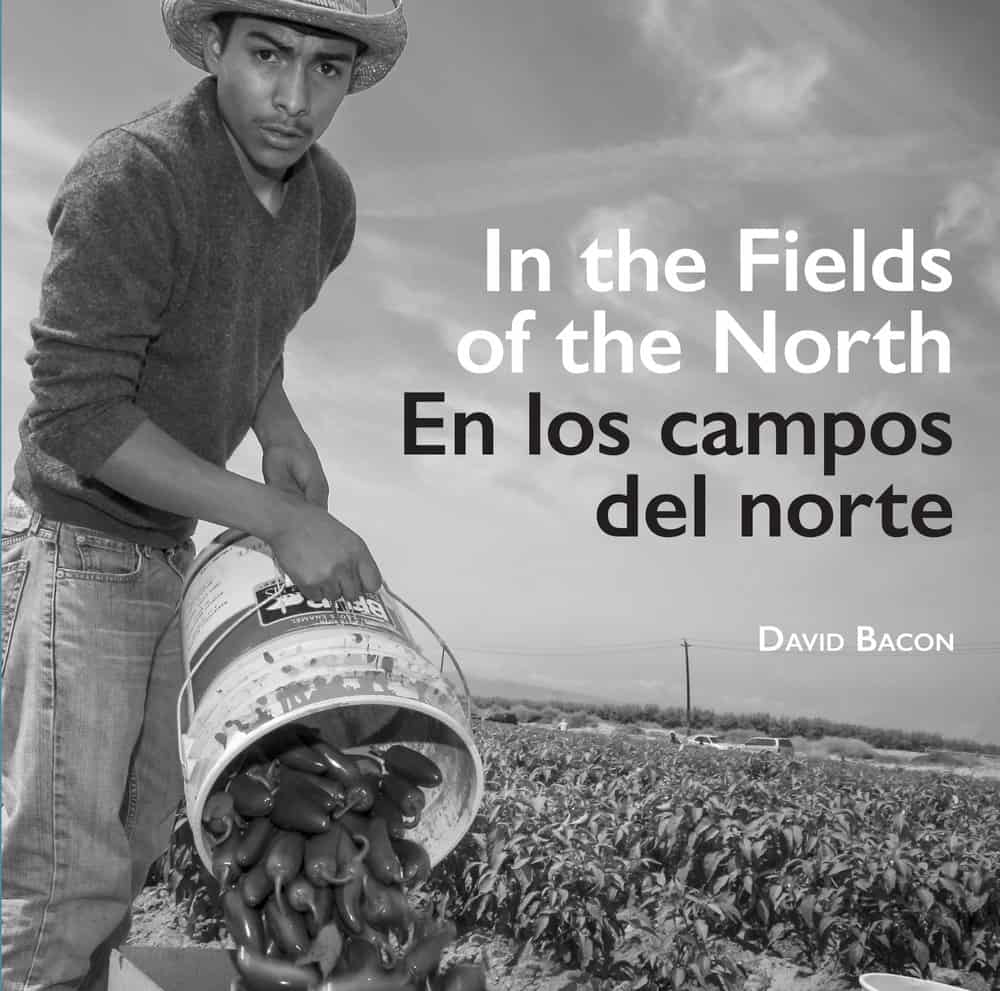 Critics of H-2A visas have two chief complaints: first, that workers in the program are exploited and often cheated, and second, that resident farm workers are displaced by growers who see H-2A workers as easier to control, and potentially less expensive. The proposed H-2C program would put the H-2A program on steroids, according to Bruce Goldstein, director of the Washington DC-based farm worker advocacy group, Farmworker Justice.

“Over the last year,” Goldstein charges, “Rep. Goodlatte has made it his mission to create a massive new guestworker program of millions of captive workers who have even fewer labor rights than the current workers they would replace. His new guestworker program would convert an entire industry, from the farms and ranches to the packing houses and processing plants, from lettuce and grapes to dairy cows and poultry, into a labor force of exploitable temporary guest workers with virtually no workplace protections and with no opportunity to join the communities they are helping to feed.”

Goodlatte’s H-2C provisions might result in 2 million visas issued in the first two years, Farmworker Justice predicts, supplying contract labor to meatpacking and food processing in addition to agriculture. Growers would be able to employ workers year round, and continuously from one year to the next. Current H-2A workers have to return to their home countries within a year, and can come back the following year if they receive a new contract. In either program, workers have the same vulnerability. If they fail to meet grower production demands, if they complain or organize, or if they simply get on the wrong side of a foreman, they can be fired, and must leave the country immediately.

Today each state has to calculate a wage rate for H-2A workers that, in theory, does not undermine local farm worker wages. H-2C worker wages, however, would be set at 115% of the federal $7.50/hour minimum wage, or applicable state or local minimums. This locks in farm labor wages at the minimum wage level, since local farm workers that demand more could be replaced with contract workers. Workers’ fear of replacement by H-2A labor is already affecting strawberry wages in Santa Maria, for instance.

Further, 10% of each H-2C worker’s wages would be withheld and could only be claimed by going to a U.S. embassy or consulate after returning to their country of origin. This was a feature of the old bracero program, which brought hundreds of thousands of guest workers to the U.S. from 1942 to 1965. Millions of dollars in withheld wages went missing, and the braceros that are still living are still trying to recover them.

Today growers who want to recruit H-2A workers have to be certified by the Department of Labor and local unemployment offices, and show that they first tried to hire workers locally. In reality, this provision is not strongly enforced.  Legal aid offices around the country have brought many cases on behalf of local workers who were either replaced or not hired to begin with. But the H-2C program would eliminate certification entirely. Growers could simply promise that they’d made a local hiring effort, and that they would obey labor laws.

The legal aid organizations that today file cases on behalf of guest workers would be barred from doing so. H-2C workers wouldn’t even be able to go to court against a grower, and would have to agree to private mandatory arbitration, a system that favors employers.

“These temporary workers have no other access to attorneys,” says Cynthia Rice, litigation director for California Rural Legal Assistance, which currently provides legal services to H-2A workers.  “They are left intentionally unaware of the state and federal enforcement agencies who could take their complaints; and those agencies are severely understaffed.  Prohibiting legal services from representing them will leave them unprotected and without anyone to recover the wages stolen from them.  It will eliminate any real threat that unscrupulous employers will be held accountable, and will create an incentive to replace local workers, who have access to legal representation, with contract workers who do not.”

Growers would no longer be required to provide housing to guest workers, or provide transportation to the job location or back home when the work is done. Today, in many parts of the country, farm workers sleep in cars or under trees because of the lack of rural housing for migrants, and rents run high for what housing is available. H-2C workers arriving from another country would simply be thrown onto this already-inadequate and expensive housing market. Growers, meanwhile, would have no responsibility.

Goodlatte’s bills have all contained heightened enforcement provisions, especially a requirement that employers use the government’s E-Verify database to identify and fire workers without papers. In his H-2C program, Goodlatte would require undocumented workers to return to their home countries, and then apply to come back to their homes in the U.S. with H-2C visas. They would have to leave their families behind, however, since his bills specifically prohibit issuing visas for family members.

According to Farmworker Justice, “Rep. Goodlatte’s H-2C program would harm the hundreds of thousands of U.S. workers employed in agriculture, fails to take steps to stabilize our nation’s experienced agricultural workforce, and instead creates a labor system that treats workers as commodities, with a revolving door of temporary exploitable workers.”

Many Republicans rejected their own party’s comprehensive bills because they oppose any legal status for Dreamers (young people granted temporary status under the Deferred Action for Childhood Arrivals program) and want a bill that simply rejects a border wall and increases enforcement. They might, however, be willing to give agribusiness a new guestworker program because it favors employers and denies workers a permanent legal status. During the June debates other Republicans, like Jeff Denham (R-CA) stated their public support for the Dreamers. But Denham, Devin Nunes, Kevin McCarthy and David Valadao are all San Joaquin Valley Republicans, and are either growers themselves, or come from communities where growers are politically very strong. Depending on a fractured Republican Party, therefore, would not be a sure way to avoid new guest worker programs.

At the same time, some conservative Democrats have historically voiced concern over agribusiness complaints of “labor shortages.” and support for guest worker programs. California Senator Dianne Feinstein, in particular, has a long record of support. In a 2009 speech, after introducing a guest worker bill, she said, “There is a farm emergency in this country, and most of it is caused by the absence of farm labor.” In 2013 she introduced a bill to help legalize undocumented farm workers, but which also proposed 336,000 guest worker visas.

While Republicans debated their comprehensive bills in June, progressive Democrats introduced a measure that provides a political alternative, the Fairness for Farm Workers Act. The proposal, authored by Senator Kamala Harris (D-CA) and Rep. Raul Grijalva (D-AZ), would amend the Fair Labor Standards Act of 1938 to remove the discriminatory denial of overtime pay to agricultural workers, as well as end their exclusion from many minimum wage laws.

The bill would enact on a Federal level the overtime provisions for farm workers that the California legislature passed this year, and has attracted many Democratic cosponsors. While it stands no chance in the current Republican Congress, it may serve as a vehicle for pro-worker Democrats to call the question on their own colleagues: Is the road to improving the lives of farm workers the expansion of guest worker programs? Or is it providing the existing workforce the same benefits enjoyed by most other workers, but denied to agricultural laborers by Congress eighty years ago?

Read more from David re: how farm work can be a skilled and permanent job.

CATEGORIES: From Our Authors, Politics, Sociology 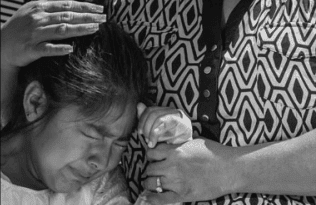 Migration is a Form of Fighting Back 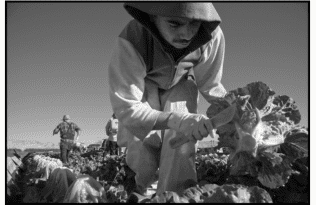