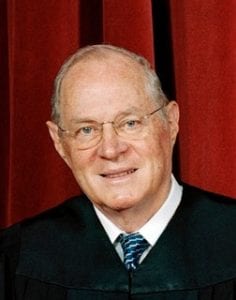 In 2003, Justice Anthony Kennedy made a dramatic and surprising presentation to the American Bar Association’s Annual Meeting in San Francisco in which he raised fundamental questions about the fairness and efficacy of criminal punishment in the United States.  He recognized that arrests and highly publicized trials often command public attention, but that interest drops off sharply even among lawyers after a person has been convicted and sentenced. He challenged the legal profession to consider what happens after “the door is locked against the prisoner,” remarking that “[e]ven those of us who have specific professional responsibilities for the criminal justice system can be neglectful when it comes to the subject of corrections.”

Justice Kennedy lamented the sheer number of people in prison, the severity of mandatory punishments, and their disproportionate impact on racial minorities. He urged greater judicial discretion in sentencing, and he also called for reinvigoration of the pardon power. Perhaps most significantly, he spoke in compelling terms about the dehumanizing experience of prison and the importance of rehabilitation as a punishment goal. He ended by asking the ABA to “help start a new public discussion” about the American way of punishment. Incoming ABA President Dennis Archer moved quickly to begin that discussion by establishing a commission to which Justice Kennedy subsequently agreed to lend his name.

The galvanizing effect of Justice Kennedy’s challenge to the legal profession cannot be overstated, and the public discussion he called for has been taking place ever since. If sentencing and corrections reform is still a work in progress, we have Justice Kennedy’s roadmap to guide us.

In 2008, the ABA commission to which Justice Kennedy had originally lent his name convened a Roundtable in Washington to discuss mechanisms that permit reduction of a court-imposed sentence. These mechanisms are sometimes collectively referred to as “second look” provisions, a term that originated in the American Law Institute’s project to revise the sentencing articles of the Model Penal Code. It includes not only rules that authorize reduction of a specific prisoner’s term, such as executive clemency, but also provisions available on a more routine basis to all or most similarly situated prisoners, such as parole or good time.

Foreseeing the importance of a thoughtful and interactive discussion of sentence reduction mechanisms, the ABA invited an extraordinary group of judges, practitioners, and academics to give these mechanisms a serious look. The Roundtable format involved a brief presentation of papers followed by discussion by Roundtable participants moderated by Jeremy Travis, then president of John Jay College. Justice Kennedy himself joined the Roundtable for part of its afternoon session. The papers prepared for the occasion, as well as a record of the Roundtable proceedings and recommendations, were published in the spring of 2009 in a dedicated issue of the Federal Sentencing Reporter.

In appreciation for the role Justice Kennedy has played in inspiring public discussion of sentencing and corrections reform, FSR is proud to make available to the public the articles and proceedings from that 2009 symposium issue on the “Second Look Roundtable,” on the occasion of his retirement from the Supreme Court.

Second Look Resentencing under 18 U.S.C. § 3582(c) as an Example of Bureau of Prisons Policies That Result in Overincarceration
Stephen R. Sady, Lynn Deffebach

A Case for Compassion
Mary Price

Reflections on Rewriting the Sentence