**Update: UC Press’s first issue of the Journal of Popular Music Studies has published. For a limited time, you can read the full issue online for free.**

The first issue of the Journal of Popular Music Studies to be published by UC Press is scheduled to release later this month. In anticipation, we are offering you a preview of one of the articles to appear in the inaugural issue. We contacted José Anguiano, whose research into music listening practices in a Latinx community, “Sountracks of Labor and Belonging: Mexican Custodians’ Radio Listening Practices at a Southern California University” will be published in the forthcoming issue of JPMS. Curious about the music discussed in this piece? Listen to the Spotify playlist to hear examples. 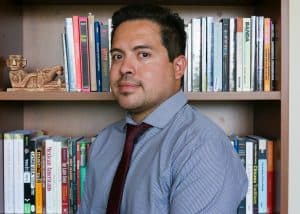 Q: How/where did you begin with the research on this piece?

As an undergraduate and graduate student, I was interested in the socio-cultural power of music in the Latinx community. In graduate school at UC Santa Barbara I narrowed my research focus to audiences and listeners in part because of how idiosyncratic, yet, socially structured, music listening practices seemed to be but also because a quick literature search revealed very little research on/with Latinx audiences—despite many important works on Latinx music in general. To begin my own research, I decided to start with groups of listeners that already existed around me or that I was connected to. The campus community of students, faculty and staff were an easy starting point to ask basic questions about how Latinx experiences, identity and political commitments shaped how, why and, what they listen to. Faculty advisor Horacio Roque Ramirez reminded me that every custodian he saw on campus usually carried a radio or had one nearby. I started by interviewing the custodian assigned to our department floor who quickly became a key informant that opened up an entire community of custodians that worked overnight hours on campus. Before I knew it, I was interviewing and observing overnight shifts all over campus to document how music listening practices are vital to their labor and relationship to that space. 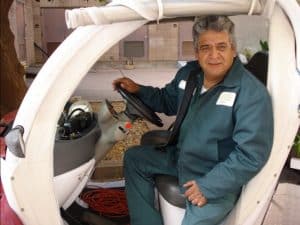 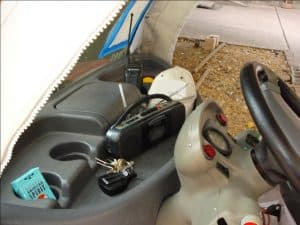 Q: What did you go in expecting to find? How was that similar or different from what you actually did find?

I had seen and heard custodians on campus playing music before as they worked. An African-American man that worked on the sociology floor always filled the hallways with soul music and it was common to hear Latinx custodians playing Spanish-language music, specifically Mexican music. Given this experience I assumed contemporary popular Mexican regional music like banda and corridos would be common listening choices and I also assumed, given how common radios were in this space, that the workers would readily verbalize how important radio and music is to them. On the question of genre, I found that Mexican music was popular but the preference was for older ballad styles of pop music from the 1970s and 1980s. I would call this my parents’ music. Tied to generational taste this group also listened to English-language soul, rock and r&b classic hits. Also, while just about every custodian used a radio they did not necessarily identify radio as vital to their job experience—at least not initially. Many custodians were puzzled about why I would ask about their listening habits at all but the more I dialoged with them about their work experiences, the more central radio and music became to their narrative. I should also note that my own gendered expectations about custodians led me to assume most of the custodians would be male but that turned out completely wrong. This pushed me to interrogate how labor, gender and sound intersect in this space. 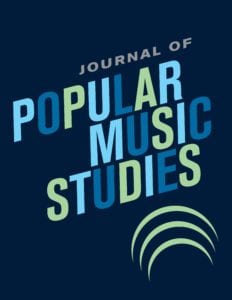 Q: Listening practices tends to get short-shrift compared to other forms of music analysis. What does your focus on listening teach us that we may not learn with a different kind of methodology?

To echo what other sound and listening scholars have argued, listening is not just a physiological process but also a culturally specific way of engaging with the world. A focus on listening practices opens up the complicated way audiences consume and engage with music in everyday life. Also, listening to listeners teaches us the different social registers of music: how different audiences value music, how its incorporated into daily life, and how people connect with other listeners. Collecting empirical data on audiences and listening is laborious but in centering listeners and listening in music scholarship we recognize the vital role it plays in establishing music scenes/communities. Plus, if we understand musicians as listeners (of tradition, of their audience, of their craft) in their own right, then, listening is the core of music.

With respect to Latinx audiences, I was troubled by the ways that the audience was often taken for granted or there was an unquestioned assumption that Latinos enjoy Latino music simply because it fits their ethnic identity or cultural upbringing. Without ignoring identity and tradition, I also think a focus on listening/listeners provides a greater sense of the complexity underpinning listening practices (such as the political, environmental, and occupational factors “at work” in this study) and moves us away from essentialized notions of “Latino music” or “Latino audiences.”

José Anguiano is an Assistant Professor of Chicana/o Latina/o Studies and the Honors College at California State University, Los Angeles. His research is in the areas of: Chicana/o and Latina/o popular music and culture; sound and listening studies; and music, race and citizenship. Dr. Anguiano’s research documents how popular music links communities of listeners across time and space, and how listening can be an active and creative form of claiming space, citizenship and respect. He also writes about Southern California music and culture for KCET’s Artbound.

Anguiano’s “Sountracks of Labor and Belonging: Mexican Custodians’ Radio Listening Practices at a Southern California University” will be published in the Journal of Popular Music Studies, Vol. 30, Nos. 1-2. You can listen to the accompanying Spotify playlist now. Explore JPMS’s Table of Contents and more at jpms.ucpress.edu. Ensure you have access to JPMS by subscribing and/or asking your librarian to subscribe.

The World of Trans Kids
Resources for Your Summer Research 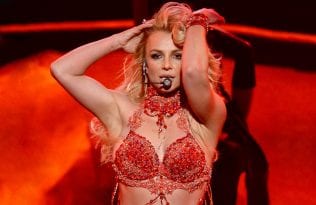 So You’ve Been Musically Shamed