We are deeply saddened by the recent death of Anthony Bourdain, whose television shows and books took people both behind the kitchen door as well as around the world to explore the food of numerous countries. Reposted below is an article written by our author Gary Alan Fine, which credits Bourdain with starting a “culinary tsunami” that has continued onward into the present day. 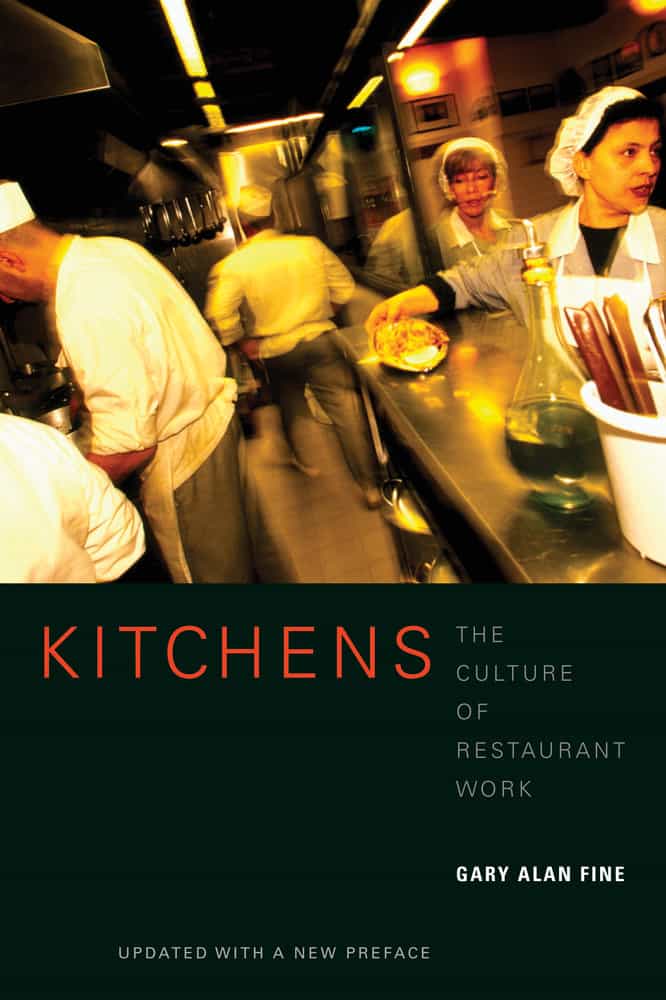 When the original research for Kitchens: The Culture of Restaurant Work was conducted in the 1980s, no broad, demanding public existed for fine dining. To be sure, gourmets were to be found in large cities and restaurants like Alice Waters’ Chez Panisse had made the Bay Area ground zero for what was to become an American dining revolution. Gourmets treasured their suppers, but there were darn few foodie followers, who now populate trendy bistros. When the original edition of Kitchens was published in 1996, it was still BKC: Before Kitchen Confidential, Anthony Bourdain’s influential account of life in a restaurant kitchen and as a “bad-boy” chef: a book that promoted the image of chef-as-celebrity. This edition attempts to ride the culinary tsunami that Tony Bourdain launched.

My backstage, sociological residence in restaurant kitchens revealed cooks who were less prone to “acting out” than some current depictions. These (mostly) men were more serious as workers and less sophisticated as artistes. Some of this resulted from the fact that I was observing in the backstage of kitchens in the Twin Cities of Minneapolis-St. Paul. Some of the differences in style resulted from regional character. Still, much was happening in these kitchens, including some actions that would be disconcerting to diners. Diners will only wait so long for their meals to be cooked before they complain, and as a result if a steak falls on the stove or on the floor (!), the demands of the diner forces the chef to wipe it off, reheat, and serve. Bon Appetit! Here is a backstage world where what diners don’t know, (mostly) won’t hurt them. The work of cooking requires adjusting to the demands of the clock: thyme and time again.

I explored how these cooks – mostly high school graduates – talked about the aesthetic aspects of food, even foods that they did not find personally appealing. They had to know how to prepare foie gras or artichokes, even if they could not abide these tastes, and they had to evaluate these dishes so as to communicate effectively with their colleagues in their kitchen commonwealth: I found a poetics of food. Learning to discuss food, even in the absence of appropriate language, is a central occupational challenge: finding Wittgenstein in the kitchen. Cooks as occupational workers are variously artists, business entrepreneurs, professionals, and still manual laborers.

In my new introduction I examine how the American restaurant industry and its public have changed since Kitchens was first published. While most of my observations still hold in the backstage world of upscale kitchens, the attitudes of diners – their sophistication and demands – have escalated. Not only are we known for what we eat, but increasingly we are known for where we eat. We have become a nation of chowhounds; through our gullets we find our souls.