This guest post is published in conjunction with the annual meeting of the World History Association taking place June 21-23 in Milwaukee. Visit the UC Press table to browse this book and more. #TheWHA2018

By Gregory Rosenthal, author of Beyond Hawaiʻi: Native Labor in the Pacific World 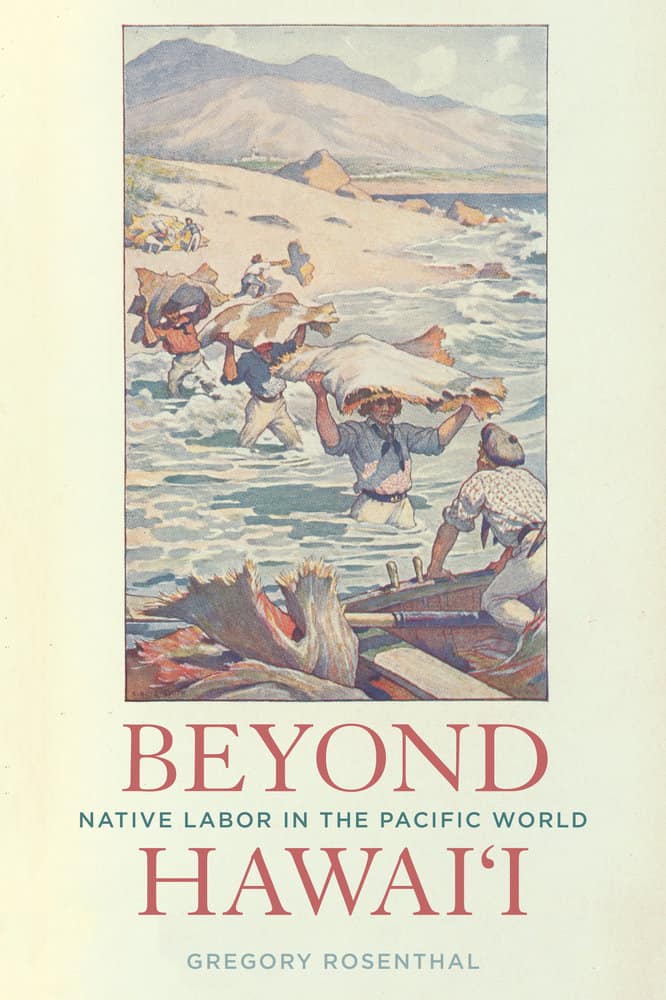 Growing up, I thought of economics as a muddled and ultimately mysterious way of conceptualizing the world. Labor was an issue that other families talked about at the kitchen table—not mine. We never considered ourselves “workers” in my upper-middle-class white suburban family.

Then, the economic crash of 2008 happened. My older brother was immediately out of work, and I—reading the tea leaves of the moment—applied for access to the safe haven of the academy to pursue my doctorate. This led me to New York City where I was immediately exposed to new ideas. I became involved with the Occupy Wall Street movement. I found a group of other graduate students working on a grassroots movement to “free” public higher education from the capitalist system, and at my own university I became involved in our graduate student labor union. By 2013 I was a card-carrying union member, a research assistant with a center studying working-class life, and, to my surprise, a labor historian.

I had not planned to study labor. But as I critiqued the capitalism of my own lifetime, I also found myself increasingly desperate for the theory and history I needed to help make sense of capitalism’s long trajectory from the past to the present. I was not alone. A whole new field of inquiry called the history of capitalism blossomed in the decade following the 2008 economic crisis. Historians are now returning to Marx’s historical materialism—returning to unresolved questions concerning land, labor, and capital—to not just make sense of the past but to answer urgent questions about the future of our global society.

Within this milieu of theory and practice I began to research and write my book, Beyond Hawaiʻi: Native Labor in the Pacific World. Most scholarship on the history of Hawaiʻi and the Pacific has largely ignored labor, focusing instead on traveling ships, germs, goods, and ideas across the ocean. Those who have closely examined Hawaiʻi’s labor history have focused largely on the narratives of migrant workers to Hawaiʻi—Chinese, Japanese, Filipina/os, Puerto Ricans—rather than the islands’ indigenous workers.

Beyond Hawaiʻi tells a different story—the story of thousands of Kānaka Maoli (Native Hawaiian) men who left Hawaiʻi to work on ships at sea and in nā ʻāina ʻē (foreign lands). My book takes readers to China, Mexico, the equatorial Pacific Islands, the North Slope of Alaska, New England, and beyond, to tell the story of indigenous workers, the goods they produced and consumed, and the stories and songs they shared about the world beyond Hawaiʻi’s shores. Beyond Hawaiʻi is a celebration of workers’ creativity, cosmopolitanism, and resistance.

As a non-local and non-indigenous scholar, it was an honor and a privilege to work with Hawaiian-language specialists on the translation of Native Hawaiian workers’ writings. After studying and synthesizing labor and economic history and theory for the past decade, I ultimately decided to write a book that puts Hawaiian workers’ stories front and center, utilizing workers’ own words.

Each chapter of Beyond Hawaiʻi tells the story of an individual person and how they fit within a nineteenth-century global capitalist system. The result is a book, I hope, that not only details the character of the nineteenth-century Hawaiian Pacific World, but also makes us think about how each of us, in 2018, relate to our work, our environment, and to the global capitalist economy that we all live in.

The Enduring Cart: On the Supermarket's Persistence in the Internet Age
Fears of Family Separation