This is the second of two posts timed to coincide with the International Congress of the Latin American Studies Association and designed to introduce the new journal, Latin American and Latinx Visual Culture (which will publish its first issue in January 2019) to #LASA2018 attendees. You can read the guest post from LALVC‘s Editor-in-Chief Charlene Villaseñor Black, as well as other posts related to the conference, here. 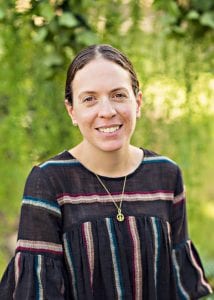 We are pleased to introduce Latin American and Latinx Visual Culture‘s Associate Editor, Emily Engel. Engel is an independent scholar based in Southern California. Previously, she served as Assistant Professor of Art History and Chair of the Fine Arts Department at the College of Mount Saint Vincent in New York City. Engel received her PhD from the University of California, Santa Barbara. Her research has been funded by the Getty Grant Program and the Indiana University New Frontiers in the Arts and Humanities Major Grant, among others. She recently completed a material culture research project with Thomas Cummins that was published by Getty Publications entitled, Manuscript Cultures in Colonial Mexico and Peru: New Questions and Approaches (2015). She is currently editing A Companion to Early Modern Lima (under contract with Brill Publications), a compilation volume that systematically presents current interdisciplinary research on the sixteenth-century city from urban development, politics and government to society and culture.

We sat down with Engel to talk more about her areas of expertise, her thoughts on the journal, and how she thinks LALVC will shape the future of the field.

I received my PhD in Latin American art history from the University of California, Santa Barbara where I developed a methodological approach that integrated art history with history, archaeology, and political theory. I focused on the art of early modern South America, in particular the relationship between art and politics in the portraiture created in Lima, Buenos Aires, and Bogotá. My current projects include comparative analysis of official portraiture in Mexico City and Lima during the eighteenth century, the politics of representation in early modern South America, visual fragmentation in colonial society, and landscape in the nineteenth-century Andean cultural imaginary.

My area of expertise is the art and history of early modern South America, in particular at the urban capitals of Lima, Buenos Aires, and Bogotá. I am particularly interested in understanding historical ways of seeing political works of art, such as official portraits and religious icons. When we look closely at the history of these artworks in their specific contexts, we begin to understand how visual culture has been manipulated as an American political tool for centuries.

What drew you to editorship of LALVC? 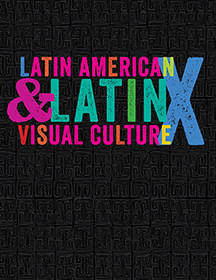 When Charlene Villaseñor Black agreed to become the editor-in-chief of such a journal, I was confident we could build a journal that would approach ancient, colonial, modern, contemporary, diasporic, and transnational Latin American and Latinx visual culture from a range of interdisciplinary methodologies. Charlene and I have worked together with the University of California Press to create a rigorous academic journal that will serve as a scholarly platform for high-quality original research studies, a forum for dynamic intellectual debate, and a vital source for information on the current state of the field of Latin American and Latinx visual culture.

How do you anticipate LALVC will influence the scholarship in your field?

One of our editorial board members, Mari Carmen Ramírez, thoughtfully summed up the significance of LALVC to the field when she stated, “Such a journal will stimulate scholars, curators and visual practitioners to leave their academic and professional silos and explore artistic connections that cut across temporal, geographic, and disciplinary borders. Only in this way can the affinities as well as the differences that characterize artistic creation across the Americas be brought to light. At a time of great political urgency in the Americas as a whole, only this type of transdisciplinary and transcultural journal can delve into the complexities of these ascendant constituencies.”

We could not agree more, and we look forward to the first issue of LALVC publishing in January 2019.

Latin American and Latinx Visual Culture is accepting submissions for its inaugural volume. Please review the journal’s Author Guidelines before submitting. Submissions and editorial inquiries should be directed to the editorial staff at LALVCsubmissions@ucpress.edu.

Black Market Rights in Mexico City
Women’s Place in the Andes . . . and in the World

Latin American Studies from Outside the Americas