This guest post is published around the 2018 Association for Asian American Studies Conference, occurring in San Francisco from March 29-31. #AAAS2018

By Willow Lung-Amam, author of Trespassers?: Asian Americans and the Battle for Suburbia 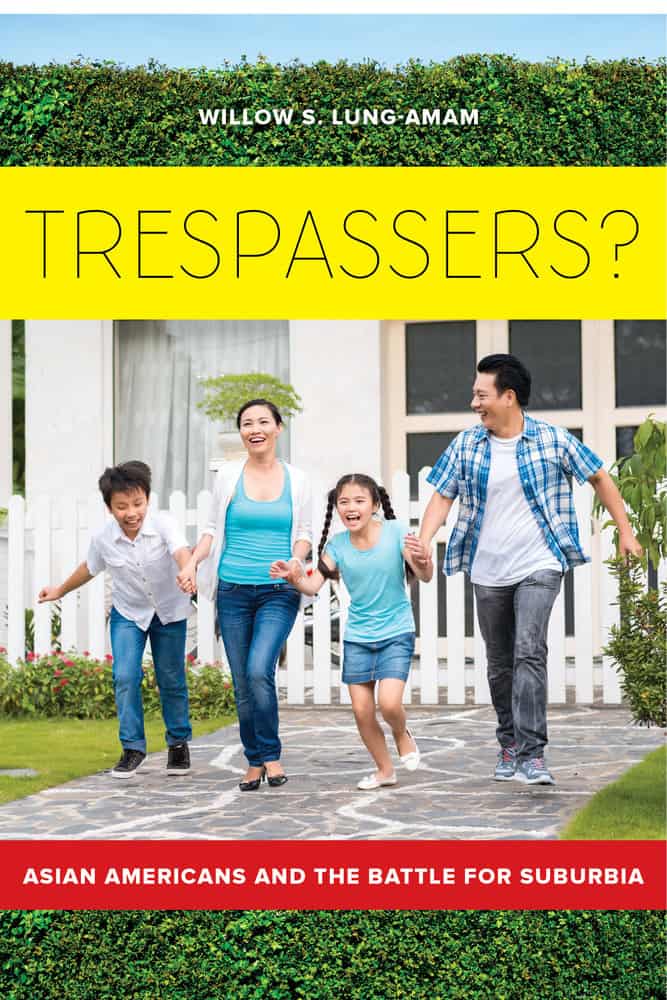 Sanctuaries are places we go to recover a sense of safety and security amidst environments of extreme precarity. They lie in the quiet corners of churches, among the stacks of local libraries, and around kitchen tables filled with scents that call to home. For an increasing number of economic, political and climate refugees whose communities have been crippled by violence, poverty, and environmental devastation, such places of banal sanctuary are in high demand, yet increasingly hard to find on American soil.

Since the ascent of Donald J. Trump to the most powerful political position on the globe, U.S. immigration policies have pivoted. From policies that guaranteed sanctuary to nearly 800,000 undocumented young adults and children, to those poised to defer the dreams of an entire generation. From over a half century of policies that diversified immigrant populations, especially among those from non-European countries, to those that have all but banned émigrés and refugees from several majority-Muslim countries in Africa and the Middle East. From decades in which increasing immigration and economic prosperity went hand-in-hand, to proposals to dramatically cut the number of green card holders to historic lows. From policies that limited prioritized deportations to immigrants with serious criminal convictions, to those that have increased detentions on the southern U.S. border and prioritized deportations for those with offences as minor as a traffic ticket. Even immigrants arriving with professional degrees to take jobs in high-tech firms face an uncertain future under an administration that has shown little commitment to extending H-1B visas to those with skills in short supply in the U.S.

But while the federal government has failed to secure sanctuary for many new Americans, states, counties, and cities—urban, suburban, and rural—have stepped in to fill the void. From New Orleans to New York, cities have refused to allow local law enforcement to act as federal immigration officers. Instead of building walls, many have invested in plans and policies to attract, welcome, and support immigrants. As communities across the U.S. consider their role in helping immigrants secure a piece of the American Dream, they must not overlook the banal spaces of everyday sanctuary upon which immigrants rely. In shopping centers, schools, parking lots, and neighborhoods, immigrants’ sense of safety and belonging is secured not only by a right to occupancy spaces of everyday life, but to do so in ways that express their deeply held values, beliefs, and aspirations. And yet, this most basic of rights is often denied to immigrants and other marginalized groups, even those that have seemingly “made it” to settle in the most exclusive, and often suburban, communities. If communities are to push back on revanchist, protectionist policies of the Trump era, they can start by making space for difference in their own back yards. #sanctuarycommunity #sanctuarycities