We are pleased to announce that States of Disease: Political Environments and Human Health by Brian King is the recipient of the Julian Minghi Distinguished Book Award from the American Association of Geographers. #AAG2018

Praise for States of Disease 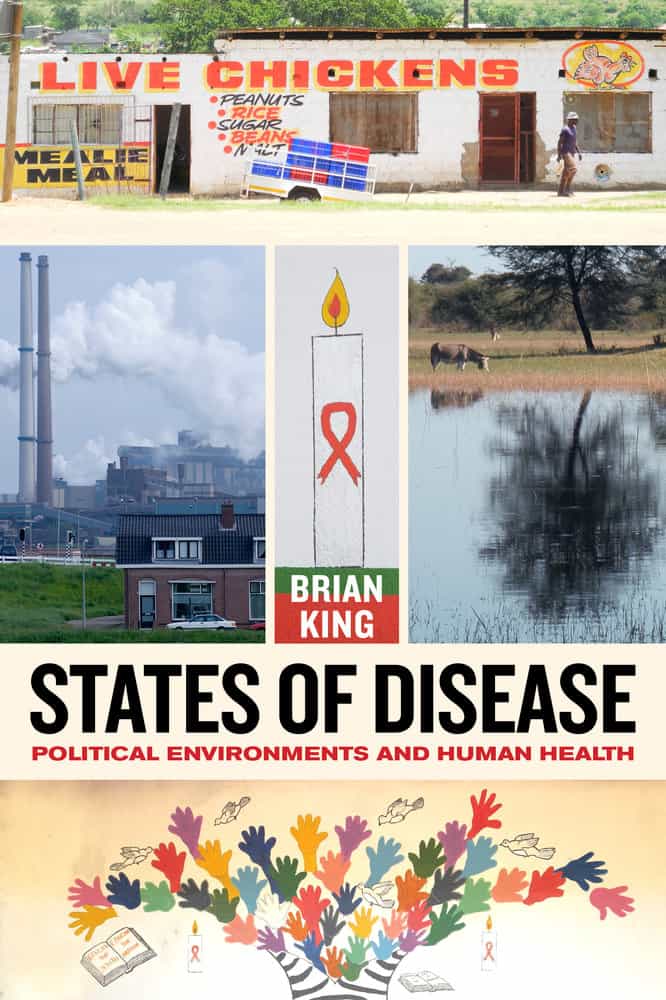 “States of Disease is a major contribution to the study of the political ecology of health. A crucial intervention.”—Joel Wainwright, author of Decolonizing Development: Colonial Power and the Maya

“Social scientists have increasingly applied new analytical approaches to the study of health—yet the discipline of geography has largely been on the sidelines. States of Disease sharpens the cutting-edge tools of political ecology to argue persuasively that ecological conditions are integral to the politics and spatiality of disease and wellness.”—Mark Hunter, author of Love in the Time of AIDS: Inequality, Gender, and Rights in South Africa

“Where is disease located? So much of our current thinking is dominated by a biomedical model that locates disease within individual bodies. Brian King demonstrates the fundamental shortcomings of this view, placing it within a larger social and political landscape of health.”—Barbara Entwisle, University of North Carolina at Chapel Hill

Read more about Brian’s thoughts on the relationship between climate change and the fight against HIV/AIDS.

Congratulations, Brian, on this prestigious award.

An Award-Winning History of Nuclear Waste