Born in 1972, in protest of Bloody Sunday and the British occupation of Northern Ireland, Patrick Ireland was given a wake by his creator, Brian O’Doherty, in 2008. Today marks the 10th anniversary of Patrick Ireland’s death, fortuitously aligned with the release of a new book of essays by O’Doherty, as well as three art exhibitions in Ireland. 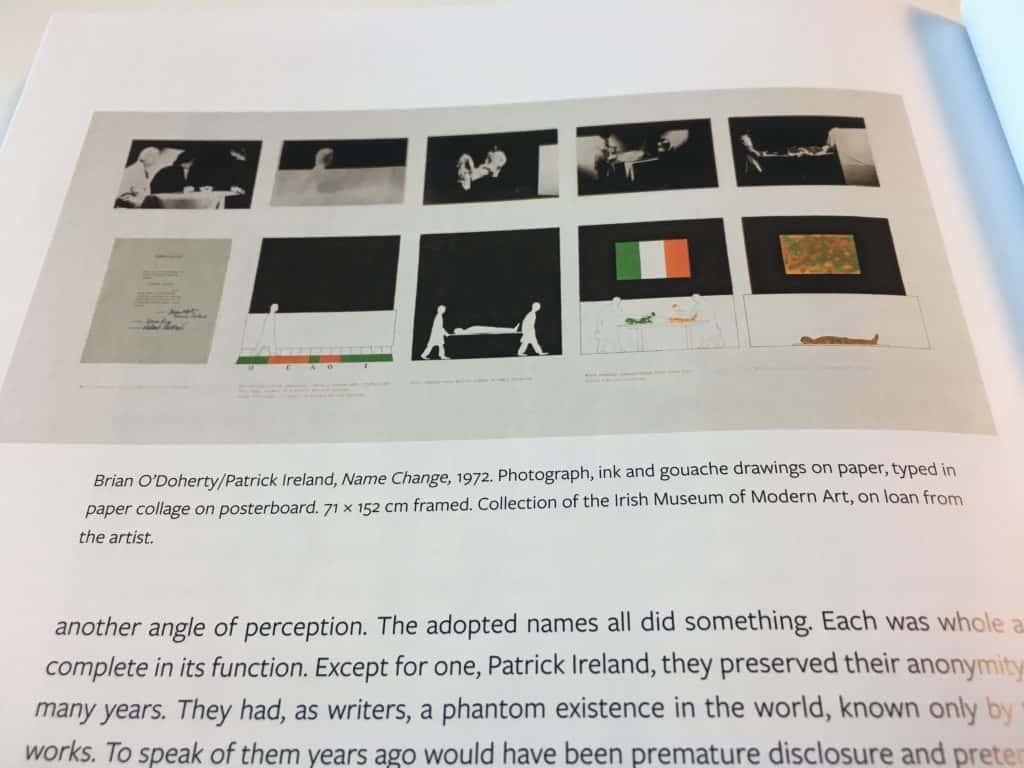 In his new book, the essay Divesting the Self: A Striptease addresses Brian O’Doherty’s several alter identities.

“These private phases of the self, like the dark side of the moon, are of course nobody’s business but your own. But why did I, now preserved by chance and fortune into my eighties*, invent these personae?

Because each had a job to do. A job I, myself, could not. Why not engage, before you, in this striptease? Perhaps because these names, these nouns, have done their work, and now fully detached from the master—or is it a mother-self—that is me—are ready to leave, as rats a sinking ship, in anticipation of my prospective demise, a demise one  of them has already experienced.”

* Luckily, Brian has stayed with us, having just celebrated his 90th birthday, to which he responds, “I am now a Saint”. Such playful proclamations are O’Doherty’s trademark, and throughout the book we are treated to this kind of writing—clever, insightful, often funny. 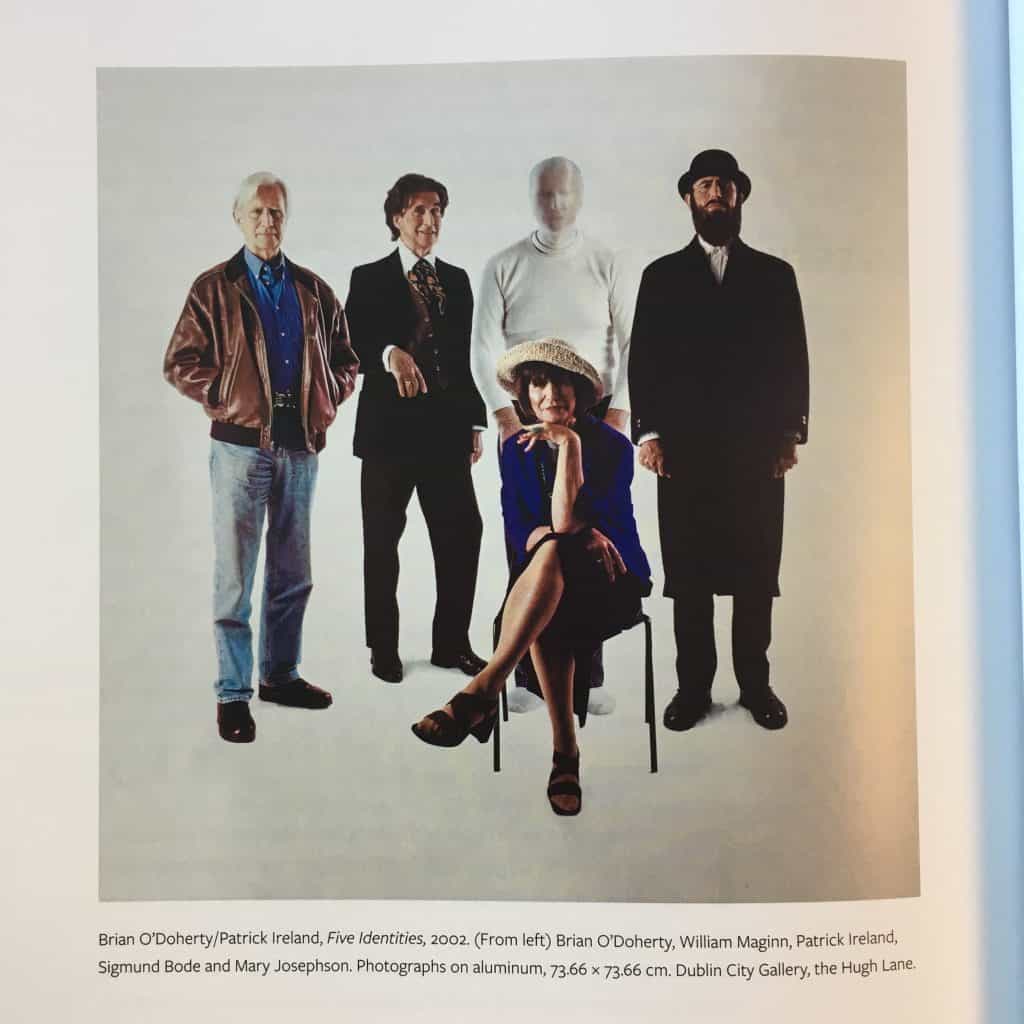 “How do I speak of the most public of personae, Patrick Ireland, known to many here? I bring him up to dismiss him quickly. I adopted that name in 1972, when thirteen peace marchers were shot down by British paratroopers int he town of Derry in Northern Ireland. Yet another Bloody Sunday. I undertook to sign my work by that name until the British Army left Northern Ireland and all citizens were given their civil rights. The impossible ultimately came to pass.”

Like his social protest through art, Brian’s writings are timely and relevant, even when directed at the past. The essays in this volume, reflect his thinking on the most important issues in contemporary art and draw on his personal friendships and artistic relationships with major artists of the 20th century—Marcel Duchamp, Edward Hopper, Robert Rauschenberg and many more. The introduction to the book appropriately concludes with this line by Anne-Marie Bonnet, “to read his essays is an antidote to our material times. They remind us why we need art.”

Statement from University of California President Janet Napolitano on the Occasion of UC Press’s 125th Anniversary
In Defense of Presidential Libraries: Why the Failure to Build an Obama Library Is Bad for Democracy 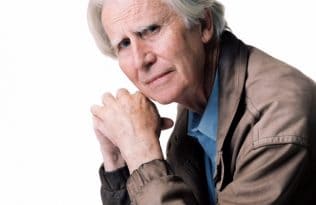 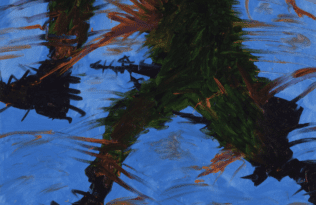