excerpted from Canned: The Rise and Fall of Consumer Confidence in the American Food Industry by Anna Zeide 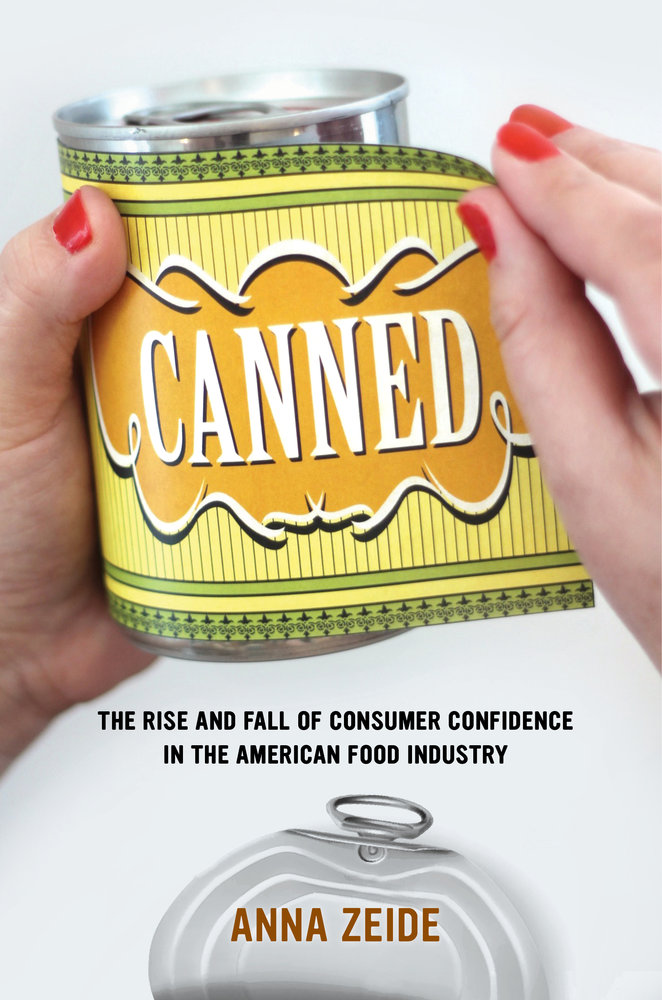 In 1963, the NCA [National Canners Association] Research Laboratory celebrated its fiftieth anniversary. This commemoration included many events and articles glorifying the industry and all that it had accomplished.[1] One publication read, “Many people believe that the laboratories have been instrumental in making canned foods universally popular; this is an age of science and science has proved the safety and excellence of canned foods to a once unbelieving public.”[2] Another piece, entitled “Fifty Years of Winning Public Confidence Through NCA Research,” described how the early canning industry had devoted attention to battling libelous claims by improving their processing methods, whereas now the canning industry did not have to worry about such claims and could instead focus on topics like label design. The author wrote, “The shift in emphasis from libel to label … summarizes the successful history of the canning industry during this century.”[3]

Indeed, when botulism struck olives in 1920, canners had cried “Libel!” and hurried to both contain media attacks and carry out bacteriological research to solve the processing problems. But when another case of botulism struck canned tuna in 1963—the first significant outbreak in commercially canned foods in forty years—canners instead turned to the “label,” as they invested most heavily in advertising campaigns, trusting that those would suffice to maintain the industry’s image. When two Detroit women died in March 1963 after a lunch of canned tuna fish salad sandwiches, health officials did employ some of the same methods as they had in 1920.[4] They traced the deaths to botulism and to specific brands of canned tuna, which had been caught in Pacific waters, frozen in Japan, shipped to the United States, and commercially canned by the Washington Packing Corporation in San Francisco, California. The FDA seized the offending cans and forced the cannery to close. Consumers, too, had similar reactions—panicking and reducing their tuna purchases by 35 percent nationwide.[5]

But canners, for their part, turned less to bacteriological research and public health oversight than to assuring consumers that this kind of problem was insignificant, and would not happen again.[6] They were still confident in the industry’s processing methods, and the canners now had new marketing tools at their fingertips that they could deploy. The editor of the Canner/Packer, though he acknowledged the “tragedy of the two families,” had what he called a “typical reaction” upon hearing the news: “We thought as every food processor must have thought: ‘What kind of fuss will it raise? How will it affect sales?’” The main concern of the canning industry was its market, and the media portrayal of the incident. Newspapers, funded in large part by food industry advertisements, went easy on the canners.[7] One trade observer commented, “The newspapers didn’t play the potency of the toxin. They treated the two cans of tuna, as just two cans.” Still, processors understood that “the reputation of the entire food industry is dependent on each of those same cans,” and so they launched an expensive campaign to shore up that reputation.[8]

This was not a problem just for the tuna industry, or even for the larger canning industry. This was now a problem of the nation’s entire food industry. And so, at a June 1963 meeting of the Grocery Manufacturers Association (GMA), the nation’s canners, distributors, and retailers organized the Tuna Emergency Committee with a $10 million advertising campaign. The committee sent retailers “tuna telegram” advertisements and encouraged them to promote tuna in special sales by cutting wholesale prices. The industry also worked with the federal government—the US Departments of Agriculture and the Interior endorsed tuna as a healthy food on TV, on the radio, and in their publications. Related industries, like celery, mayonnaise, and mushroom soup, whose success was intimately tied to the consumption of tuna fish in sandwiches and casseroles, widely advertised the indispensability of tuna to the American diet.[9] The canning industry, now part of a much larger consolidated food industry, was more media-savvy and had greater resources at its disposal than in 1920. Canned food was much more deeply rooted in the American diet, and so the industry could simply bolster its existing strength.

[6]    Because there were cases of botulism in other kinds of fish also in 1963, the outbreaks led to increased investigations in the growth of the bacteria in fishery products, among those outside the canning industry. An international conference on botulism was held in Moscow in 1966. M. Ingram and T. A. Roberts, eds., Botulism 1966: Proceedings of the Fifth International Symposium on Food Microbiology, Moscow, July 1966, International Association of Microbiological Societies (London: Chapman & Hall, 1967); E. Emil Marcel Mrak, George Franklin Stewart, and C. O. Chichester, Advances in Food Research (Academic Press, 1976), 137.

The Waco Siege's Unanswered Questions, Twenty-Five Years Later
Next Week at the POP CONFERENCE in Seattle 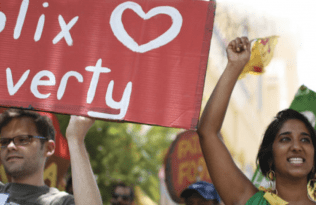