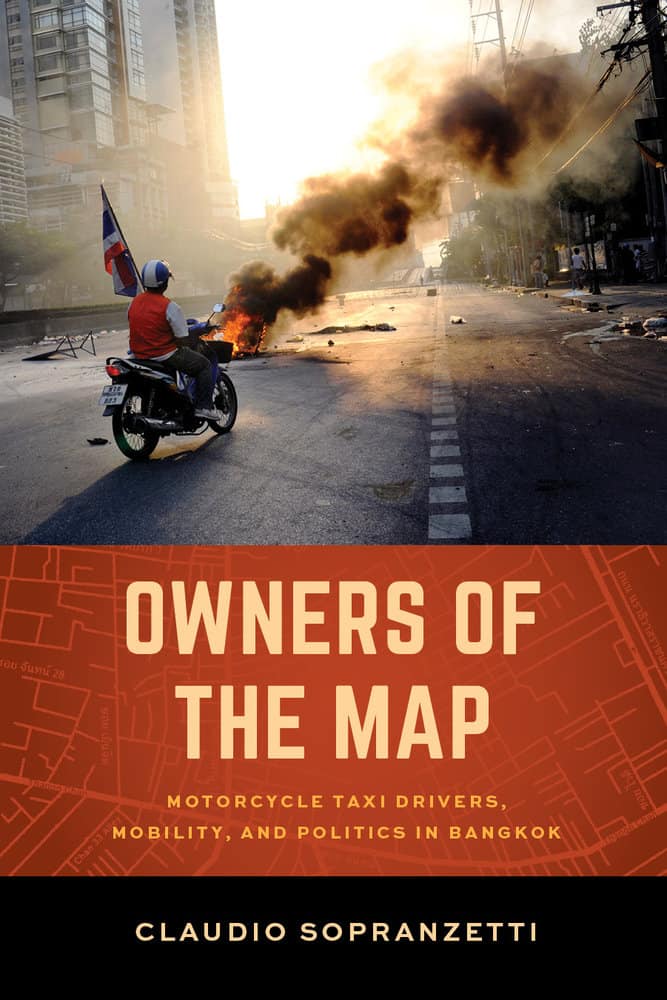 In 1848, Karl Marx opened his manifesto with an eloquent sentence: “A specter is haunting Europe—the specter of communism.” One hundred and seventy years later, Laos and Vietnam are among the fastest growing economies of twenty-first century capitalism and the Chinese Communist Party plans to abandon the post-Mao doctrine of putting its assembly above any individual leader. Communism, which once materialized so prominently in East Asia, is little more than a faded ghost, haunting no one. Yet another specter has taken its place in Asia- the specter of authoritarianism.

Whether in terms of China’s attempts to establish a life-long chairmanship, Philippine’s systematic dismissal of habeas corpus or— as my work Owners of the Map analyzes—Thailand’s new forms of constitutional dictatorship, a new wind of authoritarianism is blowing over East Asia. Contrary to existing theories of the “end of history” or of “democratic transition” this wind does not waft against the wish of the middle classes, but rather with their support, and it is not a temporary breeze, destined to died out, but rather a stable wind, one that carries forward an alternative system of governance.

Much has been written on this trend as the result of geo-political, military, and economic push and pull between the patronage of the United States and that of China. These explanations, while important, miss a central element evident to anyone who spends time with office managers, business executives, and traditional elites in Thailand: the growing popularity of authoritarian ideology among local middle class, a popularity that finds its roots in the shifting local meaning of words like corruption, good governance, and rule of law.

During the last decade, the understanding of corruption among Thai middle classes underwent a radical transformation. Corruption today does no longer refer to someone misusing public office for private gain. The word’s semantic universe has expanded to include three major components. Firstly, a traditional understanding of corruption as taking advantage of your position to steal money or gain. Secondly, an idea of moral corruption, related to the intrinsic immoral nature of one’s personality. And, thirdly, a vision of electoral corruption that reframes any redistributive policy favoring the working masses as a form of vote-buying. Under these new meanings, elections themselves become a corrupt practice, one that favors populist leaders who, through policies, gain popular support without necessarily producing “good governance.”

The discourse of good governance itself has become central to Thai middle-classes ideological flirtations with authoritarianism. This mantra entered the country after the 1997 economic crisis, pushed by the IMF and the World Bank. These institutions understood the concept as a technocratic category, one that mostly meant efficient and transparent governance. In Thailand, however, the concept was translated by conservative political ideologues as thammarat, the governance of Dhamma, transforming good governance into righteous governance, a governance that does not rely on electoral support but rather on alignment with the monarch, the thammaraja.

While these semantic shifts in ideological categories may take local forms, they do not occur in an international vacuum. Previous authoritarian phases in Thailand—particularly the period between 1945 and 1992—had been supported, both economically and ideologically, by the United States and its anti-communist rhetoric. Since the 2014 coup, the junta has been looking to China for similar patronage. The alignment between the two governments has not just been the result of real politic and shifting international alliances but also rooted in parallel claims about the rule of law and corruption. In 2002, the 16th Chinese Communist Party Congress endorsed a new rhetoric of legalism, as a more efficient system to deal with equal and fair participation. Political scientist Pan Wei, in a famous article that took the shape of a political manifesto for legalism stated that “rule of law directly answers the most urgent need of Chinese society—curbing corruption in times of market economy. Electoral competition for government offices is not an effective way of curbing corruption; it could well lead to the concentration of power in the hands of elected leaders.” While not as sophisticated as Professor Pan, and not with the same ability to govern as the Chinese Communist Party, the system emerging in Thailand since the 2014 coup looks quite similar: a legalistic system in which non-elected officers create and enforce the law, above and beyond the electoral will of their population. The Thai transition from a polity in which people make the rules through elected parliamentarians to one in which the rules are imposed from above for the people and parliament to follow, has been legitimized on a basic principle: the superiority of unelected “good people” over elected politicians in preventing corruption and establishing good governance.

It would be easy to dismiss these changes has temporary pushbacks. Yet, my work argues, something deeper is changing around Southeast Asia, something that we will not see or understand unless we stop working under preset theories of democratic transition and we engage ethnographically with the shifting landscapes of class alliances, everyday ideologies, and forms of governance. These transformations, in fact, are particularly resistant to quantitative analysis and questionnaires. Often they do not imply the emergence of new terminologies or ideological concepts but rather the re-signification of words like corruption, good governance or rule of law. It is only when we spend long stretch of time with people and participates to their lives that these new meanings emerge. The risk of failing to see these transformations is a familiar one to people in the US: becoming aware of the emergence of a new political and social order when is too late to do anything about it.

CATEGORIES: Anthropology, Asian Studies, From Our Authors, Meetings and Exhibits

Brian O'Doherty and the 10th Anniversary of Patrick Ireland's Death
The Language of the Snakes: Discovering a Language for Poetry in Ancient India 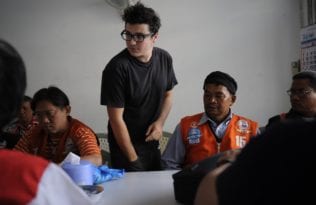