By Rubén Guevara, author of Confessions of a Radical Chicano Doo-Wop Singer

This guest post is part of our OAH blog series published in conjunction with the meeting of the Organization of American Historians in Sacramento, CA, April 12-14, 2018. Browse our OAH page for related titles and share using #OAH18.

The student protests last month over gun violence reminds me that exactly fifty years ago in March of 1968, over 15,000 high school students on the Mexican East Side of Los Angeles walked out of their classes to protest the low-quality education they were receiving. That bold action had roots in the music and fashion of the turbulent 1940s that fueled the swagger and defiance of the pachuko and pachuka rebel youth sub-culture, planting powerful seeds of self-determination that would later manifest into the Chicano civil rights movement of the 1960s.

The following edited excerpt from my book, Confessions of a Radical Chicano Doo-Wop Singer connects the student protests of today with what happened in East L.A. fifty years ago. An early version of this essay first appeared in the catalogue for MEX/LA: “Mexican” Modernism(s) in Los Angeles, 1930-1985, and accompanied a playlist I created and was titled, Los Angeles Chicano Rock & Roll: 1948-1985. 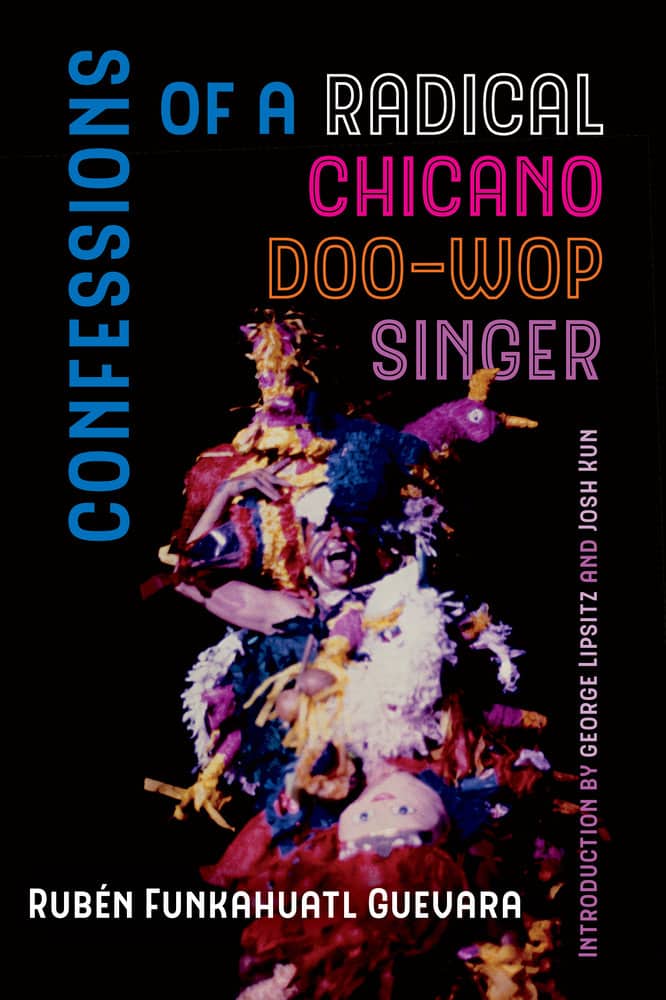 The Present-Day Pachuco Refuses To Die!

Mexican Americans have had a love-hate relationship with the City of Angels throughout its history. Considered non-Americans in the puritanical WASP sense, we have endured generations of abuse, disrespect, and racist brutality. But we have survived and flourished because of tight family ties, tenacious hard work, blood, sweat, and tears, and—the arts.

Our musical sensibilities merged with those of African Americans who were also struggling for acceptance. Los Angeles Mexican American musicians Lalo Guerrero and Don Tosti created pachuco boogie-woogie in the 1940s, a hybrid musical genre influenced by many Black L.A. swing/jump blues musicians. This prophetic, pulsating mix laid the foundation for Chicano rock and an emerging cultural and political Mexican American identity.

In the 1960s, we embraced the controversial term “Chicano” (recast as a politicized Mexican American) as a new cultural and civil rights movement was taking hold, starting with the unionization of farm workers led by Dolores Huerta and César Chávez and later with the East L.A. student walkouts, or “Blowouts,” of 1968, all culminating in the Chicano Moratorium of 1970 where over 30,000 protested the disproportionate deaths of Chicanos in the Vietnam War and the poor quality of education and social services on the East Side of Los Angeles. Rubén Salazar, an L.A. Times journalist, and two others perished on that fateful day.

The popular music coming out of Mexican Los Angeles—boleros, rancheras, corridos, pachuko boogie-woogie, swing, jump blues, jazz, rhythm & blues/doo-wop, rock ’n’ roll, punk, funk, hip hop, and salsa—was not just party music, nor was it merely background music for the Chicano civil rights movement. The music helped shape, sculpt, and define an evolving cultural and political identity and future consciousness—chicanismo: a commitment for social change through political engagement as well as cultural and spiritual regeneration and responsibility through the arts. Without the artists, we couldn’t have danced to the music of the struggle.

The following playlist shapes the musical lineage of today’s protests. It begins with Joe Liggins and the Honeydrippers, continues with Roy Milton, Don Tosti and Lalo Guerrero closes the set. This music fueled the radical pachukos and pachukas of the forties which in turn influenced the Chicano civil rights movement of the 1960s. The beat goes on today with the Black Lives Matter, Dreamers, and March for Our Lives movements. Hasta la victoria siempre, chil’ren! Y que! c/s

CATEGORIES: American Studies, From Our Authors, Meetings and Exhibits, Music