This guest post from Merry Ovnick, Editor of Southern California Quarterly, is part of our OAH blog series published in conjunction with the meeting of the Organization of American Historians in Sacramento, CA, April 12-14, 2018. Browse our OAH page for related titles and share using #OAH18.

In addition, in celebration of the 125th anniversary of UC Press in 2018, we are offering free access to all UC Press journals throughout the month of April. Read Southern California Quarterly (and all other UC Press journals) for free here. 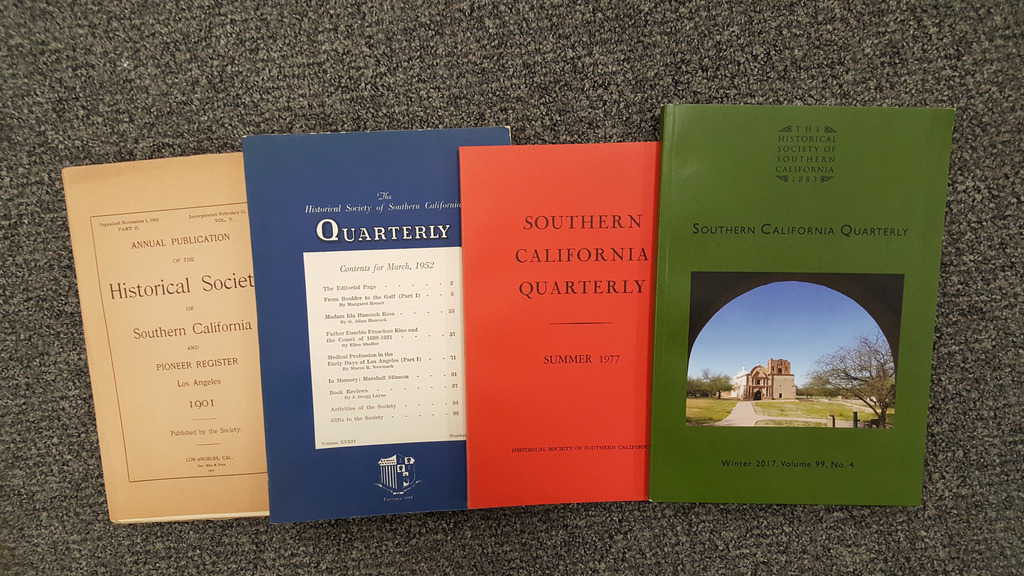 In February 2018, the Historical Society of Southern California and UC Press released the Southern California Quarterly’s Volume 100, Number 1—a cause for celebration! While this marks its role as the oldest historical publication in the state, it’s quite an understatement, due to a change in its numbering system way back when. The Society has actually been publishing its journal for 134 years so far, starting in 1884, under varying titles:

Annual Publication of the Historical Society of Southern California

and finally, since 1962, Southern California Quarterly[1]

Over the years the content has evolved in step with the historical profession. The first issue merely published the charter of the organization, which was founded late in 1883. In the early years, along with perfunctory committee reports, the journal featured the reminiscences of early pioneers. In 1887 (vol. 1, no. 3; pp. 30-35), “A Sketch of Some of the Earliest Kentucky Pioneers of Los Angeles,” by Stephen C. Foster provided short biographies of early fur trappers who had settled in Los Angeles before 1848—all of them personal acquaintances of his.  The Society’s early journals also featured translations of significant historical documents from California’s Spanish and Mexican eras, such as “A Letter of Sebastian Viscaino,” translated and commented upon by George Butler Griffin (vol. 1, no. 4, 1888-89, pp. 15-20) that the Spanish explorer had written to New Spain’s viceroy in 1602. The pioneer memoirs and translated documents still serve historians as valuable research sources.

By the 1920s the penchant for romanticizing the mission and ranchero eras colored the pages of the journal, serving as valuable examples of the “Spanish Romance” tendency, but also as useful tools for today’s readers. Note, for example, Marion Parks’ article, “In Pursuit of Vanished Days: Visits to the Extant Historical Adobe Houses of Los Angeles County, Part I,” that appeared in vol. 14, no. 1, in 1928, pp. 7-63.  Parks identifies not only the few adobes still existing in 2018, but many long gone and no longer remembered. Because he gave the locations, provided maps, and illustrated the article with 1920s photos, they are rich tools for urban geographers and site analyses. His writing style conveys all the sentimental nostalgia representative of his time:

In the abandoned adobes…I sensed the spirit of a happy, unhurried time when everybody lived comfortably in the knowledge that tomorrow would come along unfailingly, just as good a day as today, and people were contented in the honest simplicity of an honest time. (p. 10)

The journal continued to carry transcriptions of important historical documents. Volume 16 (1934) contains three: “An Unusual Fremont Document,” by Carl I. Wheat (pp. 56-57); “The Secularization of the Missions: A Newly Discovered California Document,” by Henry R. Wagner (pp. 66-73); and “The Record Book of the Rancho Santa Ana del Chino,” transcribed and edited by Lindley Bynam (pp. 1-55). The latter contains one facsimile page of the hand-written source, identifies the historical context for Isaac Williams’ ranch, and quotes the testimonies and transactions of the travelers on the Old Spanish Trail who stopped there between 1849 and 1856.

In the mid-twentieth century, secondary researched articles by historians dominated the pages but, while they recorded historical events and trends fastidiously, usually appeared as narrative accounts and often lacked footnotes, thus Marco R. Newmark’s catalog of “Early California Resorts,” some of them based on his own childhood memories, others of unknown origin  (vol. 35, no. 2: June 1953, pp. 129-152), and Dennis Aronson’s “The Pomona Street Railways in the Southern California Boom of the 1880s,” in vol. 47, no. 3: September 1965 (pp. 245-267), which describes the equipment of early streetcar lines and projects their impact on real estate development and tourism in early Pomona.

The history discipline shifted focus in the 1970s from a narrative literature standard to interdisciplinary scientific methodology. History’s focus on Great Men and Big Adventures widened to include women, workers, ethnic minorities, etc. Research is documented in footnotes or endnotes, and authors locate their discoveries and new perspectives in the context of previous scholarship. New subfields of history have been recognized in the Quarterly’s modern era, too:, Public History, Environmental History, Sports History, Borderlands and Pacific Rim History, the History of Science and Technology, and Food History, to name a few. Two good examples are:

The Southern California Quarterly’s Spring 2018 issue, volume 100, no. 1, brings together articles on election fraud, artists in the California landscape, and African Americans’ search for citizenship. In the Summer 2018 issue a cluster of articles under the umbrella title of “Food Matters” will explore a history of California foodways, from field to table. Good reading ahead!

[1] Readers can find all back issues, no matter how they’re titled, on-line through the University of California Press Journals and JSTOR databases at participating libraries. HSSC members at the Scholar and Patron levels enjoy direct access via the HSSC website. 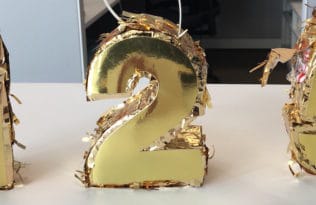 Free Access to All UC Press Journals in April 2018