We’re pleased to announce that After Silence by Avram Finkelstein, Lavender and Red by Emily K. Hobson, and Punishing Disease by Trevor Hoppe have all been selected as finalists of the 30th Annual Lambda Literary Awards, awarded by the nation’s oldest and largest literary arts organization advancing LGBTQ literature. 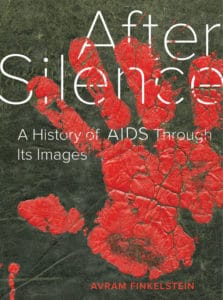 After Silence: A History of AIDS through Its Images
By Avram Finkelstein
LGBTQ Nonfiction Finalist 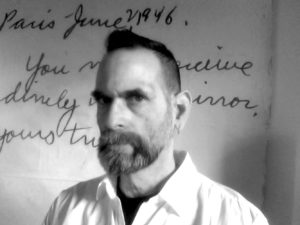 A protest poster of a pink triangle with the words “Silence = Death” became one of the most iconic and lasting images that would come to symbolize a movement. Cofounder of the collective Silence = Death and member of the art collective Gran Fury, Avram Finkelstein tells the story of how his work and other protest artwork associated with the early years of the pandemic were created, many of which still resonate today. 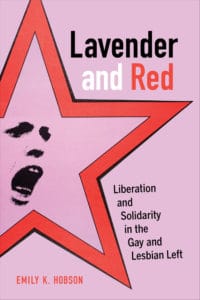 Lavender and Red: Liberation and Solidarity in the Gay and Lesbian Left
By Emily K. Hobson
LGBTQ Studies Finalist

Lavender and Red recounts a history of queer radicals who understood their sexual liberation as intertwined with solidarity against imperialism, war, and racism. Bringing together archival research, oral histories, and vibrant images, Emily K. Hobson rediscovers the radical queer past for a generation of activists today. 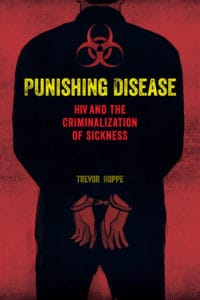 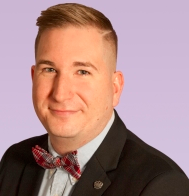 Punishing Disease looks at how HIV transformed from sickness to badness in criminal law and investigates  consequences of inflicting penalties on people living with disease. Now that the door to criminalizing sickness is open, what other ailments will follow? Withmoves in state legislatures to extend HIV-specific criminal laws to include diseases such as hepatitis and meningitis, the question is more than academic.

The finalists were chosen from nearly 1,000 submissions and over 300 publishers. “Celebrating our 30th year of Lambda Literary Award finalists is to recognize that this organization has been at the center of contemporary queer literature for decades,” said Lambda Literary Executive Director Tony Valenzuela. “This year is no different with another stellar list of authors demonstrating through their work that LGBTQ books tell richly textured stories about who we are in all our incredible diversity.” The winners will be announced at a gala ceremony on Monday, June 4th in New York City.

Many congratulations to Avram, Emily, and Trevor and the rest of this year’s Lambda Literary Award finalists!

Must-Read Asian Studies Journals
UC Press at 125 Years: This Is a Printing Office