Permission to reprint this blog post is granted by Cardozo School of Law, Yeshiva University.

By David Rudenstine, author of The Day the Presses Stopped: A History of the Pentagon Papers Case 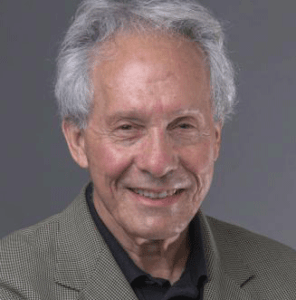 Not many Hollywood films are made immediately in response to the outcome of a presidential election.  But that is what Steven Spielberg and Amy Pascal have done. They made the film The Post in response to President Donald Trump’s intense, repetitive, and vicious attacks on the legitimacy of the American press.

Indeed, perhaps unique in modern American political history, Trump has used the powerful pulpit of the presidency to insult, denigrate, and bully reporters. He has done so in an effort to convince the American public that reports from such media institutions as The New York Times, The Washington Post, CNN, MSNBC are nothing more than “fake news” to which the public must turn both a deaf ear and a blind eye.

In savaging the American press, Trump wants to turn Supreme Court Justice Hugo Black’s magisterial vision of the press upside down. Black wrote that the purpose of the press was “to serve the governed, not the governors,” and that it had to be protected from government censorship so that “it could bare the secrets of government,” “inform the people,” and “expose deception in government.” For Black, a free press was mandatory if it were “to fulfill its essential role in our democracy.”

This president marches to the beat of a different drummer. Although Trump took an oath to “preserve, protect and defend” the constitution, he seems to have very little regard for the meaning of this basic charter. The sad fact is that the political and legal inclinations of this president often seem to tilt more towards those of repressive authoritarian rulers than they do towards the impulses of great American presidents.

This timely film dramatically portrays the enduring conflict between government control of information, and, the right of the people to know what its government is doing in its name, and in so doing it offers the American public an important lesson in democracy. 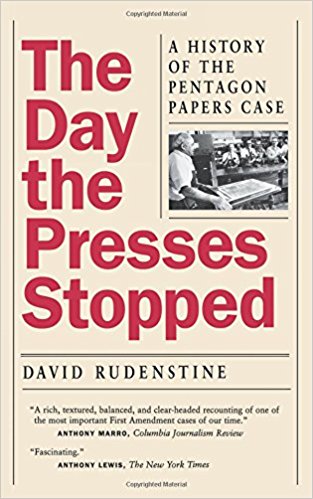 A summary of the facts underpinning the film underscores the lessons of the Pentagon Papers legal case. That historic 1971 confrontation concerns a Top-Secret 7000-page Pentagon sponsored history of America’s involvement in Vietnam from 1945 to 1968. This history was prepared by some three-dozen Pentagon “historians” from 1967-1969, and was based mainly on Pentagon documents. Its purpose was to map the decisions made over nearly a quarter century that resulted in the United States having over 500,000 land troops fighting a land war in Southeast Asia. When completed, only 15 copies of the study were made and they were all labeled “Top Secret-Sensitive.”

In the late winter of 1971, Daniel Ellsberg, one of the so-called Pentagon historians, made most of the top-secret study available to Neil Sheehan of The New York Times. He did so because he believed that the history, as told by the government’s own words, established that American political leaders had misled, if not lied, to the American public about the war for many years. And he hoped that once the American public understood the scope of the government’s deceit it would demand an end to the war.

The Times took three months to study the secret history and to prepare its reports. During those weeks, the editors and the newspaper lawyers argued over whether the newspaper could responsibly publish reports based on top-secret material.

Abe Rosenthal, the Times Executive editor, and others, including Max Frankel, argued that the newspaper had a duty to publish the reports so long as publication did not immediately and irreparably harm vital national security matters.

But the lawyers for the Times, and they included former attorney General Herbert Brownell Jr., took an extreme position at the opposite end of the spectrum and told the publisher and editors that they had a patriotic duty to return the secret study to the government and to forgo all public reports. The lawyers warned the publisher and editors that publication might constitute treason.

The fierce and lengthy internal argument ended with the publisher, Arthur O. Sulzberger, making the courageous decision to publish the planned 10-part series.

And that is what the Times began to do two days later on Sunday, June 13. The next day Attorney General John Mitchell sent a telegram to the Times demanding that the newspaper cease publication forthwith or be sued by the government for a prior restraint. The newspaper declined to cease publication. That decision set the stage for what became a seminal Supreme Court decision defending the critical role of the press in a democratic society.

The Times Long-Standing Lawyers Quit, Floyd Abrams Gets Tapped, and a Rookie Judge Hears the Case

Once the Times informed Attorney General Mitchell that it would not stop publishing its Pentagon Papers series, the newspaper’s lawyers informed their client that they would not defend the Times against the Nixon administration’s effort to enjoin publication. That decision in turn caused the Times to scramble in the middle of the night to retain new lawyers – and the lawyers turned out to be Yale Law Professor Alexander Bickle and a young lawyer named Floyd Abrams who in time became the de facto dean of the national press bar – to represent the newspaper the next morning in the federal district court.

After the newspaper refused to consent to an injunction, District Judge Murray I. Gurfein – and he was a Nixon appointee and this was his first case – granted the United States government a temporary restraining order enjoining the Times from further publication pending a hearing set for that Friday. The next day, Saturday, Judge Gurfein ruled that the government failed to produce evidence that the Times Pentagon Papers series would injure national security and thus he denied the government a preliminary injunction.

Two days before Judge Gurfein ruled, on Thursday of that week, Ellsberg managed to make available a substantial portion of the papers to The Washington Post. That afternoon and evening an intense debate raged within The Post over whether to publish excerpts from the papers the next day.

The Post’s business leaders and lawyers counseled delay. Ben Bradlee, played by Tom Hanks in the film, and other editors and reporters insisted that the newspaper publish the report forthwith, as if to say to the Nixon administration on behalf of the nation’s press: you will not silence us.

It fell to Katherine Graham, played by Meryl Streep, to make the decision, and the film presents this decision as if it were her coming of age decision as a business leader. Graham’s decision to publish not only helped establish her as independent, resourceful and committed to press freedoms, but it helped sustain the investigations in 1972 and 1973 by Bob Woodward and Carl Bernstein of the Watergate Scandals at a time when few thought that The Washington Post’s reporting on Nixon’s so-called “dirty-tricks” was sound.

It was a mere 15 days between the government’s filing of its action against the Times and the Supreme Court’s 6 to 3 decision upholding the right of the newspapers to publish the Pentagon Papers reports. The result was that the Times and the Post continued to publish their series, and no credible evidence has ever been produced that these reports injured the national security.

Since this was the first time in the nation’s history that the government had tried to restrain a newspaper from publishing reports on the ground of national security, the press’s victory reverberated not only throughout press circles, but around the nation making the paperback version of the Pentagon Papers a must-have book.

Although the film gives a bow to The New York Times for its historic and magisterial role in defining press rights in this seminal clash, the fact that the film is focused on Graham and Bradlee necessarily robs the Times of its center-stage role in this landmark case.

No film can save the American press from Trump’s vicious onslaught. Only the American people can do that. The people will have to decide whether there are such things as facts, whether facts matter in the discussion of public issues, and how much they cherish the concept of “truth” in journalism. If too many Americans continue to swoon under Trump’s spell and turn his mendacity into the new “normal” of American politics, the nation will quickly head towards a serious crackup. And no film can rescue the nation from that fate.

The Post is not just timely, it is an important film because President Trump’s assault on the press is eating away at the legitimacy of the press, and the nation’s political system requires a responsible press in which the people trust. By dramatically portraying a constitutional crisis that occurred nearly a half century ago when there was no guarantee that the Supreme Court would respect the nation’s most basic tenets and strengthen its democracy, it offers lessons for today. As it turned out, the court in that seminal case did the right thing, and the right of the people to know what its government does because of an uncensored press was immeasurably strengthened.

Hopefully, the members on the Supreme Court today will absorb the lessons of that historic case. The press is critical to holding the government accountable and to do that, it must be free. So, if President Trump tries to utilize the immense power of the national government to gag the press, it will fall to the nine members of the Supreme Court to be the guardians of democratic values, and hopefully we can count on them to do just that.

CATEGORIES: Communication, From Our Authors, Politics

Judith Levine On the Economics of Trust