In recognition of International Women’s Day, we celebrate the economic, social, and political accomplishments of women worldwide. From the #metoo movement to the protection of reproductive health to the tireless work of activists, below are just some of our titles that inspire the ongoing work of accomplishing gender parity. 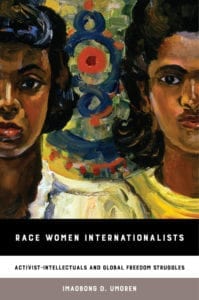 Race Women Internationalists explores how a group of Caribbean and African American women in the early and mid-twentieth century traveled the world to fight colonialism, fascism, sexism, and racism. Bringing together the entangled lives of three notable but overlooked women: Eslanda Robeson, Paulette Nardal, and Una Marson, it explores how, between the 1920s and the 1960s, the trio participated in global freedom struggles by traveling; building networks in feminist, student, black-led, anticolonial, and antifascist organizations; and forging alliances with key leaders to challenge various forms of inequality facing people of African descent across the diaspora and the continent. 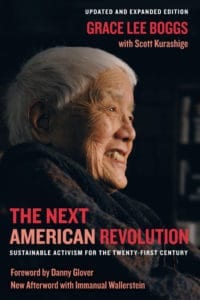 The Next American Revolution: Sustainable Activism for the Twenty-First Century, Updated and Expanded Edition
By Grace Lee Boggs with Scott Kurashige

A vibrant, inspirational force, Grace Lee Boggs was a tireless activist for feminism, Black Power, civil rights, environmental justice, and workers’ rights. She was a recipient of many human rights and lifetime achievement awards, including a place in the National Women’s Hall of Fame, and remained a crusader for social justice right up to her 100th year. In this expanded edition of The Next American Revolution, Boggs drew from seven decades of activist experience to redefine “revolution” for our times. In her shrewd assessment of the modern political, economical, and environmental crisis, she shows how to create the radical social change we need to confront new realities. Hers is an enduring manifesto for creating alternative modes of work, politics, and human interaction that will continue to constitute the next American Revolution for years to come. 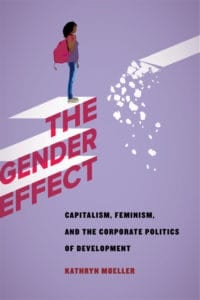 The Gender Effect: Capitalism, Feminism, and the Corporate Politics of Development
By Kathryn Moeller

Using the Girl Effect, the philanthropic brand of Nike, Inc., as a central case study, the book examines how these corporations seek to address the problems of gendered poverty and inequality, yet do so using an instrumental logic that shifts the burden of development onto girls and women without transforming the structural conditions that produce poverty. These practices, in turn, enable corporations to expand their legitimacy, authority, and reach while sidestepping contradictions in their business practices that often exacerbate conditions of vulnerability for girls and women. With a keen eye towards justice, author Kathryn Moeller concludes that these corporatized development practices de-politicize girls’ and women’s demands for fair labor practices and a just global economy. 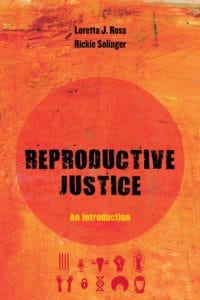 Reproductive Justice: An Introduction
By Loretta Ross and Rickie Solinger

Legendary scholar-activists Loretta J. Ross and Rickie Solinger put the lives and lived experience of women of color at the center of the book and use a human rights analysis to show how the discussion around reproductive justice differs significantly from the pro-choice/anti-abortion debates that have long dominated the headlines and mainstream political conflict. Arguing that reproductive justice is a political movement of reproductive rights and social justice, the authors illuminate, for example, the complex web of structural obstacles a low-income, physically disabled woman living in West Texas faces as she contemplates her sexual and reproductive intentions. In a period in which women’s reproductive lives are imperiled, Reproductive Justice provides an essential guide to understanding and mobilizing around women’s human rights in the twenty-first century.

And read our Herstory blog series. 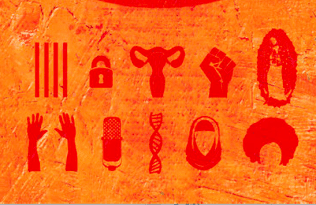