This weekend marks the one year anniversary of the largest single day protest in US history—the Women’s March—when on January 21, 2017, 4.2 million people marched across the US in more than 600 US cities, and from Antarctica to Zimbabwe, at least 261 more sister marches cropped up worldwide. To celebrate this pivotal protest, UC Press is highlighting titles across subjects as part of our Herstory series, with today’s focus on cookbooks by women authors. While just a preview of our publishing “herstory,” these titles showcase how women have shaped the culinary sphere all around the world. 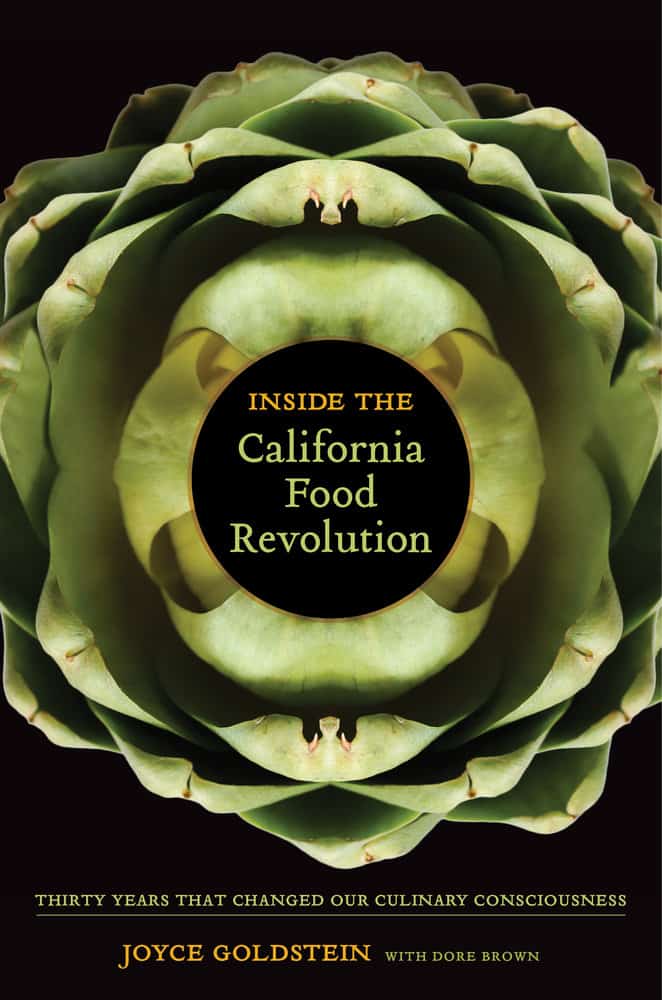 Inside the California Food Revolution: Thirty Years That Changed Our Culinary Consciousness
By Joyce Goldstein with Dore Brown

In this authoritative and immensely readable insider’s account, celebrated cookbook author and former chef Joyce Goldstein traces the development of California cuisine from its formative years in the 1970s to 2000, when farm-to-table, foraging, and fusion cooking had become part of the national vocabulary. Interviews with almost two hundred chefs, purveyors, artisans, winemakers, and food writers bring to life an approach to cooking grounded in passion, bold innovation, and a dedication to “flavor first.” 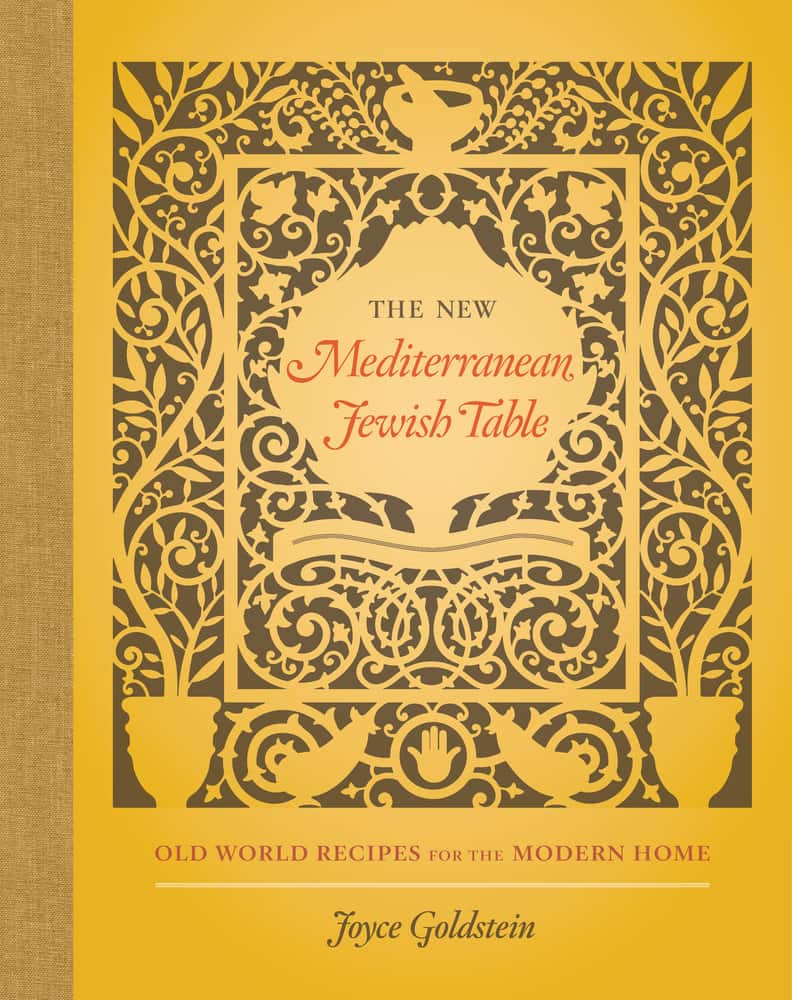 For thousands of years, the people of the Jewish Diaspora have carried their culinary traditions and kosher laws throughout the world. In the United States, this has resulted primarily in an Ashkenazi table of matzo ball soup and knishes, brisket and gefilte fish. But Joyce Goldstein is now expanding that menu with this comprehensive collection of over four hundred recipes from the kitchens of three Mediterranean Jewish cultures: the Sephardic, the Maghrebi, and the Mizrahi. 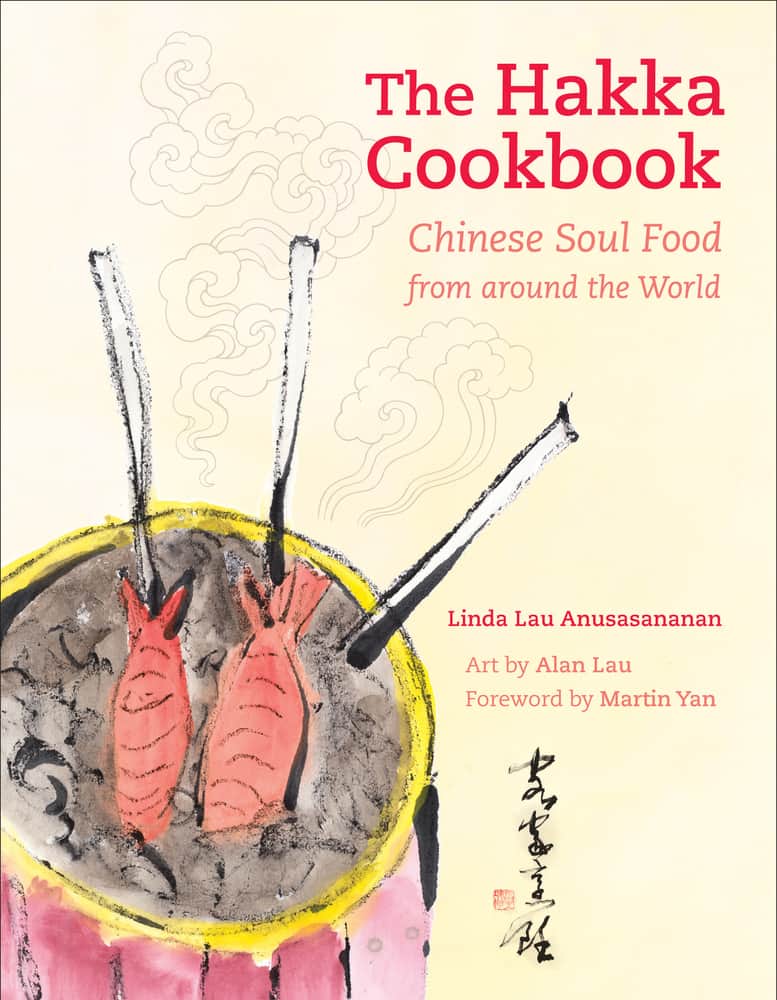 The Hakka Cookbook: Chinese Soul Food from around the World
By Linda Lau Anusasananan

Veteran food writer Linda Lau Anusasananan opens the world of Hakka cooking to Western audiences in this fascinating chronicle that traces the rustic cuisine to its roots in a history of multiple migrations. Beginning in her grandmother’s kitchen in California, Anusasananan travels to her family’s home in China, and from there fans out to embrace Hakka cooking across the globe—including Hong Kong, Taiwan, Singapore, Malaysia, Canada, Peru, and beyond. 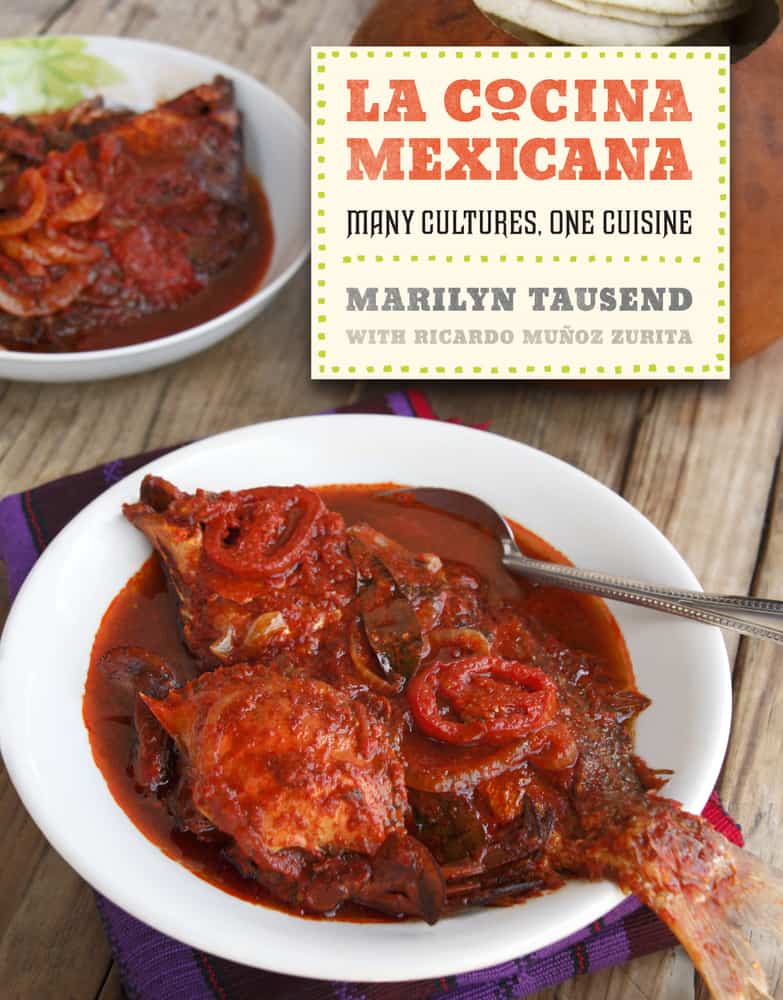 La Cocina Mexicana: Many Cultures, One Cuisine
By Marilyn Tausend

After thirty years of leading culinary tours throughout Mexico, Marilyn Tausend teams up with Mexican chef and regional cooking authority Ricardo Muñoz Zurita to describe how the cultures of many profoundly different peoples combined to produce the unmistakable flavors of Mexican food. Weaving engrossing personal narrative with a broad selection of recipes, the authors show how the culinary heritage of indigenous groups, Europeans, and Africans coalesced into one of the world’s most celebrated cuisines. 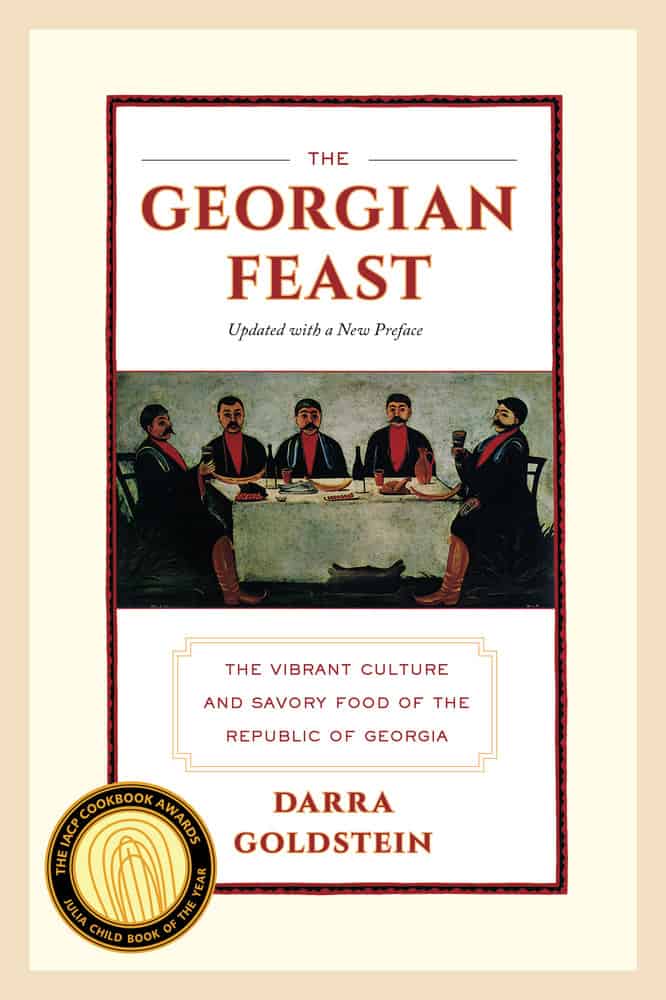 The Georgian Feast: The Vibrant Culture and Savory Food of the Republic of Georgia
By Darra Goldstein

Nestled in the Caucasus mountain range between the Black and Caspian seas, the Republic of Georgia is as beautiful as it is bountiful. The unique geography of the land, which includes both alpine and subtropical zones, has created an enviable culinary tradition. In The Georgian Feast, Darra Goldstein explores the rich and robust culture of Georgia and offers a variety of tempting recipes. 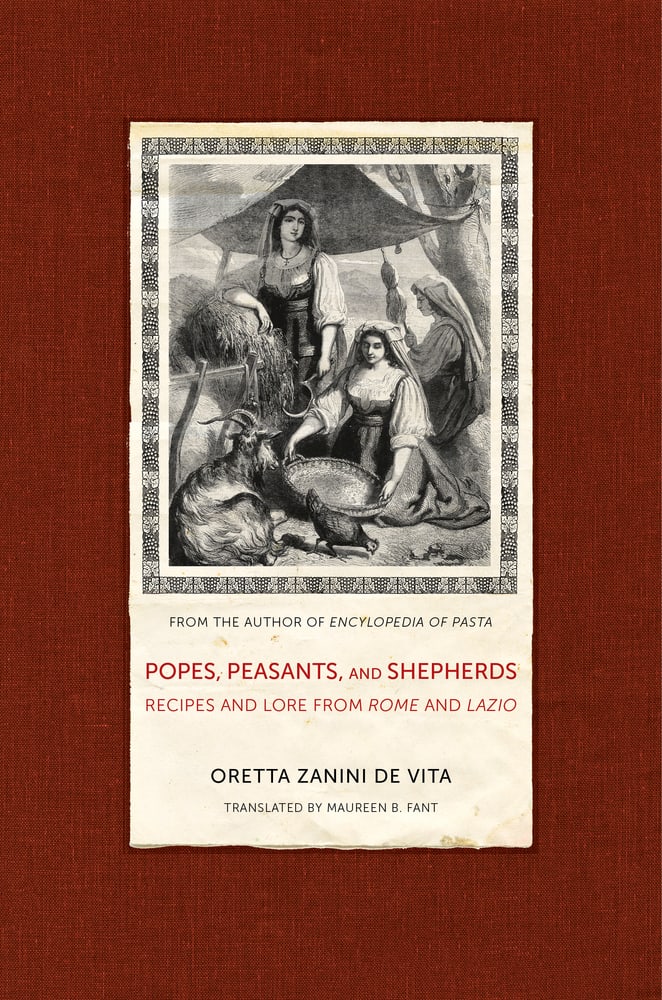 Popes, Peasants, and Shepherds: Recipes and Lore from Rome to Lazio
By Oretta Zanini De Vita

The food of Rome and its region, Lazio, is redolent of herbs, olive oil, ricotta, lamb, and pork. It is the food of ordinary, frugal people, yet it is a very modern cuisine in that it gives pride of place to the essential flavors of its ingredients. In this only English-language book to encompass the entire region, the award-winning author of Encyclopedia of Pasta, Oretta Zanini De Vita, offers a substantial and complex social history of Rome and Lazio through the story of its food. 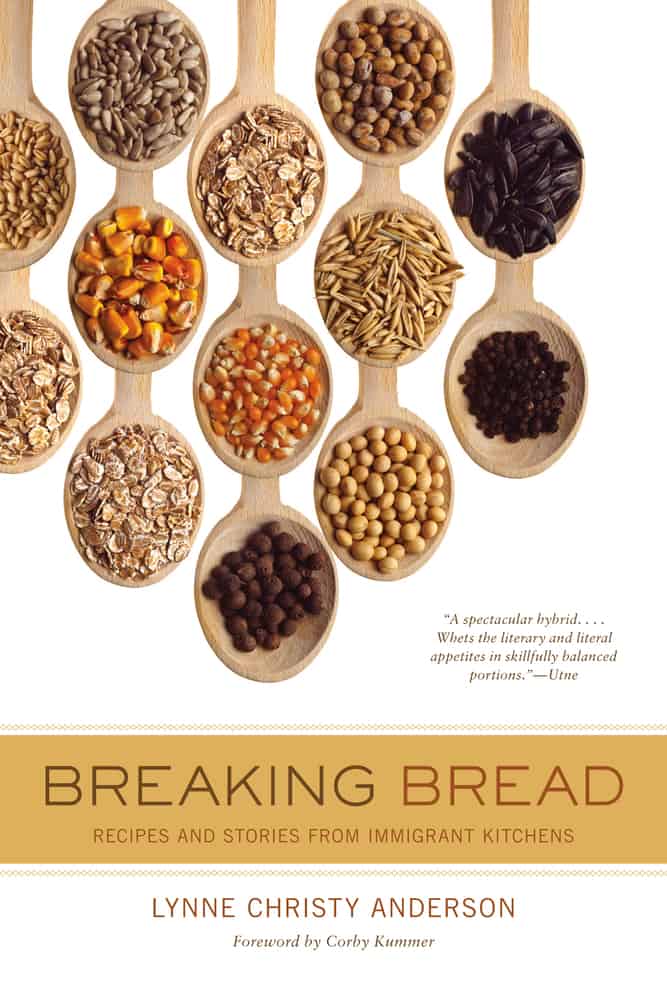 Through stories of hand-rolled pasta and homemade chutney, local markets and backyard gardens, and wild mushrooms and foraged grape leaves—this book recounts in loving detail the memories, recipes, and culinary traditions of people who have come to the United States from around the world. Chef and teacher Lynne Anderson has gone into immigrant kitchens and discovered the power of food to recall a lost world for those who have left much behind. 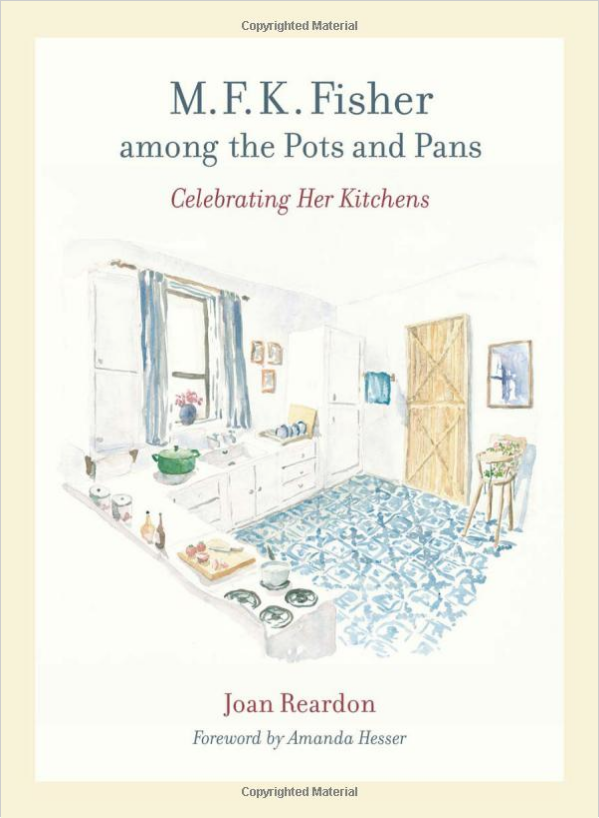 From her very first book, Serve It Forth, M.F.K. Fisher wrote about her ideal kitchen. In her subsequent publications, she revisited the many kitchens she had known and the foods she savored in them to express her ideas about the art of eating. M.F.K. Fisher among the Pots and Pans, interspersed with recipes and richly illustrated with original watercolors, is a retrospective of Mary Frances Kennedy Fisher’s life as it unfolded in those homey settings—from Fisher’s childhood in Whittier, California, to the kitchens of Dijon, where she developed her taste for French foods and wines; from the idyllic kitchen at Le Paquis to the isolation of her home in Hemet, California; and finally to her last days in the Napa and Sonoma Valleys.