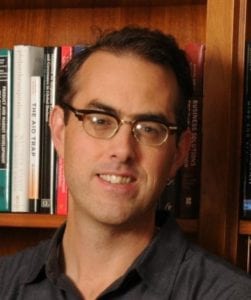 University of California’s Office of the President is excited to announce that Mr. Tim Sullivan will serve as the next Executive Director of the University of California Press. Sullivan was selected through an international search and an interview process that included senior UC Press employees, the UC Press Board of Directors, the Academic Senate UC Editorial Committee, and the Trustees of the UC Press Foundation.

UC Press plays a major role in the University of California’s preeminence as a public research university across its ten campuses, known nationally and internationally for progressive, groundbreaking publications. Tim Sullivan brings to UC Press extensive knowledge in and experience with publishing in general, and university press publishing in particular. His leadership and editorial experience will be important to a Press respected for its 125-year history of top-line, prize-winning publishing and innovative publishing platforms.

Susan Carlson, UCOP Vice Provost for Academic Personal and Programs states: “Tim’s ability to work with current and prospective authors to advance the global recognition of their works is especially anticipated and welcomed.”

Tim Sullivan has been the Editorial Director of Harvard Business Review (HBR) Press since October 2011, after having served as Executive Editor for the press from September 2010 to October 2011. He also served as a senior editor for HBR magazine and as a member of the senior management team for the HBR Group. Over the last six years he has worked with his team to transform the Press, re-focusing its publishing program, expanding the reach of its authors’ ideas, and improving its financial results.

Sullivan said, “I couldn’t be more excited to help lead as singular a publisher as the University of California Press. I deeply respect its history and mission, and look forward to creating its future with its exceptional staff.”

His career has woven through university press publishing (Princeton), trade (Penguin and Basic Books), and professional/educational (HBR), with increasing editorial and management responsibility in each role. Additionally, Sullivan has co-authored two widely and positively reviewed books, The Org: Understanding the Underlying Logic of Your Office (Twelve, 2013; paperback, Princeton University Press, 2015), and The Inner Lives of Markets: How People Shape Them – and How They Shape Us (Public Affairs, 2016).

Sullivan will join the UC Press offices in Oakland, CA in February 2018.

Must-Read Journals for #AHA18
Beyond Race, Ethnicity, and Nationalism in the Global Square