By Edward Ross Dickinson, author of The World in the Long Twentieth Century: An Interpretive History 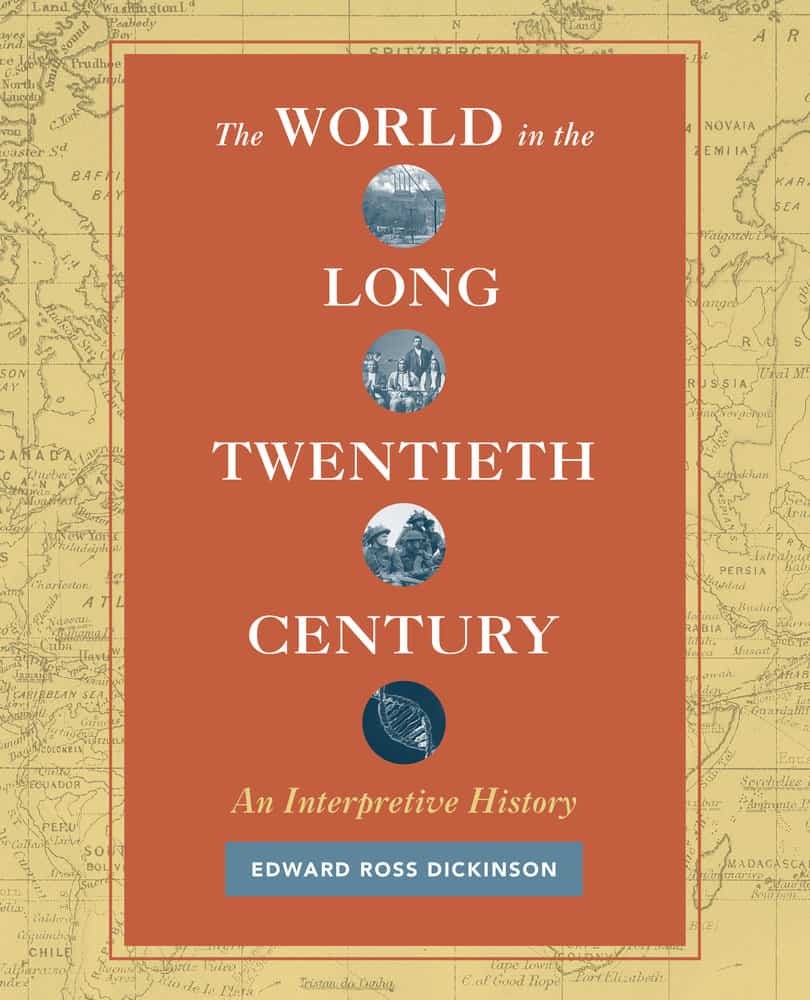 In 1930 a professor of demographics at Miami University in Ohio, Warren S. Thompson, published a provocative short book titled Population Problems. Thompson was director of the Scripps Foundation for Research in Population Problems, a position he had been given on the basis of his earlier work on the political implications of world demographic trends. In Population Problems, Thompson offered a rather startling prediction and proposal. “[T]he only way to avoid war” with Japan, Germany, and Italy, he argued, was simply to give Japan and Italy land and resources in Asia and North Africa; and in the case of Germany “the way out is probably more difficult, but if only a tithe of the cost of the next war . . . were devoted to finding a way to avoid it . . . , much could be done to ease the present strains.” The author was not very hopeful that any of this would be done, however. The implication was clear: war with Germany, Italy, and Japan was pretty well inevitable.

In 1930 the Japanese seizure of Manchuria was still a year away; the Nazi seizure of power in Germany was still three years away, and the invasion of Poland nine; the Italian invasion of Ethiopia was still five years in the future. There was no Axis alliance of Italy, Germany, and Japan. The world was sliding ever deeper into the Great Depression. How did Thompson know so exactly what was coming?

The reason is simple: Thompson lived in western Ohio. Western Ohio was historically a crucial part of the heart of the food industry in the United States; and it was near the epicenter of the early oil industry in the USA. Thompson developed an elaborate theory regarding population pressure and the likelihood of war. But that understanding was fundamentally shaped by the fact that he also understood agriculture; he understood oil; and he understood that these were the issues over which World War I had been fought—and over which the next world war would be fought.

The world wars of the mid-twentieth century were in fact responses to two key constraints in the world economy: the relatively low productivity of agriculture, and the differential access of major states to the critical energy resource of the modern industrial economy, petroleum.

With respect to oil, numerous historians have pointed out in recent years that the struggle over access to oil—particularly in the Middle East—was an important contributor to the origins of World War I. That first war was in large part a war over the fate of the territories controlled by the Ottoman Empire, including what are today Iraq, Kuwait, and all the states of the Arabian Peninsula. And the grand strategy of German, Japan, and Italy in World War II was shaped—fatefully, as it turned out—by one critical problem: while the United States, the Soviet Union, and Great Britain had direct or indirect control of plentiful supplies of oil (in the Caucasus region, in California, in Indonesia, in the Persian Gulf region, and in Latin America), these three rapidly industrializing states did not. This was why Japan turned south from the conquest of China to seize French Indochina and the Dutch East Indies (now Indonesia); it is why the Nazi Armies turned south from Petrograd and Moscow to push into the Caucuses region; and it is why Italy and Germany launched their short-lived attempt to conquer Egypt from Libya. In each case, these campaigns over-extended the military capacities of these regimes. They would very likely have been defeated anyway, given the enormous industrial superiority of the Allies; but the war had the geographic “shape” it did because of oil.

But while by the 1920s it was clear that oil was the crucial foundation of military power in the short run, in the long run the Axis regimes could only build empires massive enough to stand up to their continent-spanning rivals (the USA, the USSR, and the British Empire) on the foundation of an agricultural sector rich and extensive enough to feed a gigantic industrial population. It was therefore a central problem for each of them that the productivity of agriculture had not risen, in the previous century, remotely as rapidly as the productivity of industry. Wheat yields per hectare in Western Europe, for example, had risen only by about half between 1880 and 1930; in contrast, production of steel had increased around fifteen-fold. Rice yields in Japan rose by less than one eighth between 1910 and 1930, while steel production rose more than twenty-fold. In that context, more food meant more land. And the Soviet Union and China occupied the greatest areas of agricultural land outside North America. Both the Japanese and the Nazi regimes set out to conquer that land, on the assumption that they could displace murder or expel the subsistence farmers (peasants) who occupied a great deal of the land in each case, and transform these areas into export-oriented commercial farming regions as the foundation of industrial growth in the imperial heartland. Italy made similar, though less explicit and ambitious, calculations regarding North Africa.

The two world wars, then, were a struggle for world power in which the two key determinants of victory appeared to be food and energy. Along with the economic and social pressures that generated the titanic revolutions and civil wars of the period (in Mexico, Russia, and China, for example), it was this struggle that made the early twentieth century probably the most murderous period in human history.

Why, then, was the later twentieth century not so murderous? Since 1950 world population has grown faster than at any time in human history or prehistory; world wealth per capita has too; world life-expectancy has lengthened radically as mortality rates have plummeted almost everywhere; average world health and education have improved drastically and rapidly. Repeated, spectacularly murderous episodes—most devastating in Cambodia or Rwanda, for example—are reminders of the terrifying destructive potentials of modern military and social technologies. But clearly those potentials have, thus far, largely been held at bay.

How that happened has everything to do with oil and peasants. The World in the Long Twentieth Century explains how those two “problems” were solved, and how durable the solutions developed in the second half of the twentieth century might be. It also suggests that these problems might in fact be twentieth-century problems which, for fundamentally important reasons, will not be problems of the twenty-first century. That may or may not be comforting, however; it might be preferable to live in a world whose central problems have been solved, rather than in a world whose central problems have not yet been defined.

Edward Ross Dickinson is Professor of History at the University of California, Davis. He is the author of The Politics of German Child Welfare;  Sex, Freedom, and Power in Imperial Germany; and Dancing in the Blood: Modern Dance and European Culture on the Eve of the First World War.

CATEGORIES: From Our Authors, Global Studies, History, Meetings and Exhibits