by Kevin Carrico, author of The Great Han: Race, Nationalism, and Tradition in China Today 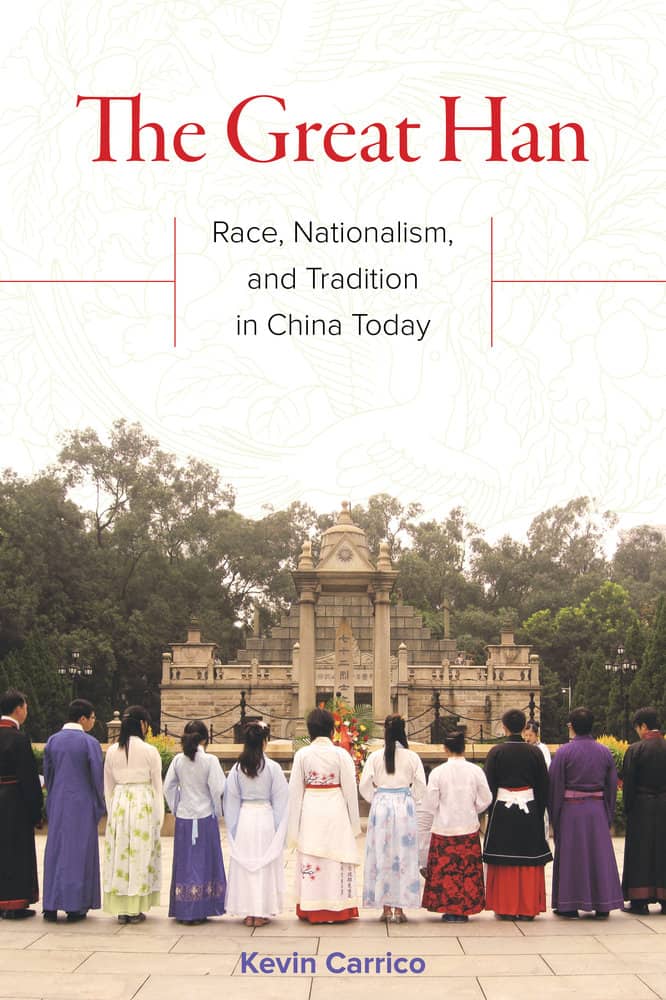 Blame placed upon minorities and foreigners. Calls for isolation from the outside world to protect our way of life. Visions of a lost past, the good old days, needing to be recaptured.

For anthropologists gathering in Washington, DC for the Annual Meeting of the American Anthropological Association, these concepts will naturally bring to mind recent developments in politics in the United States. But these are also in fact issues addressed in my recent ethnography of race and traditionalism in urban China, The Great Han.

The Great Han is based in fieldwork across China with members of the Han Clothing Movement (Hanfu yundong), a grassroots nationalist group that has emerged in cities across China since 2001. Although “the Han” is China’s majority ethnicity, constituting 92% of the country’s population and playing a dominant role in the country’s political, economic, and cultural life, members of the Han Clothing Movement see the Han as an oppressed people, prevented from realizing their full potential, and thus China’s full potential. Why do these members of a dominant majority ethnicity see themselves as marginalized victims? In my analysis of majority nationalism, I interpret nationalism as an autopoeitic social system driven forward in the tension between boundless national fantasies and inherently bounded national realities, such that the reality of China today is interpreted as not corresponding to a fundamentally impossible yet alluring vision of “the real China.”

In response to this perceived dilemma, movement participants strive to bridge this distance from their “real China,” by promoting a purportedly ancient yet recently invented style of ethnic clothing, alongside reinvented rituals, etiquette, and traditional education. Having established the founding dilemma of Han nationalism in the first half of the book, in the second half I analyse various means by which participants seek to resolve these dilemmas: clothing that stabilizes, naturalizes, and eternalizes a romantic vision of Han identity; ritual that produces sequestered micro-spheres in which their ideal visions can be acted out without interference; and conspiracy theories that provide seamless narratives of Han innocence and goodness. These cultural manifestations of the movement, presented as “traditions,” in fact emerge primarily from the contradictions of the present, serving simultaneously as symptom and fleeting cure.

In tune with the theme of this year’s meeting, Anthropology Matters, I would like to suggest that in this age of newly emerging and revitalized global authoritarianisms, anthropology matters more than ever: a comparative anthropology of nationalism and racism can shed new light on the micropolitics of these troubling new trends, taking critical account of both global dilemmas and unique local experiences.

Kevin Carrico is Lecturer in the Department of International Studies at Macquarie University and the translator of Tsering Woeser’s Tibet on Fire.

The Tide Was Always High: Tune In to December's Playlist
Robots: The Backstories