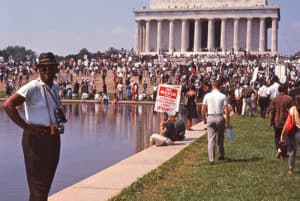 To introduce the membership of the American Studies Association to the oldest U.S. film journal in continual publication (next year marks its sixtieth anniversary), the editors of Film Quarterly have chosen a selection of recent articles to introduce the journal to you and demonstrate its relevance to your studies, thinking, and curricula. These are essays on film, episodic television, and museum installation work that are deeply concerned with questions of representation as well as its relevance to social justice, gender and sexuality studies, aesthetic strategies, industrial histories, cultural studies, and the place of popular culture in personal, national, and transnational memory. We are making these essays available to you without a subscription for a limited time.

If you enjoy this selection, please consider subscribing yourself and getting your institution to subscribe, either to the digital or paper (which includes digital) edition. ASA members are invited to save 20% off the individual subscription rate by using discount code FQASA at checkout.

Film Quarterly is published quarterly and is a peer-reviewed journal which also solicits essays, publishes targeted dossiers, covers film festivals, and reviews the most important books published in the field.

Baldwin’s Rendezvous with the Twenty-First Century: I Am Not Your Negro
Warren Crichlow

Subverting Hollywood from the Inside Out: Melvin Van Peebles’s Watermelon Man
Racquel Gates

The Original Brexit: Rediscovering The Jewel in the Crown
Bilal Qureshi