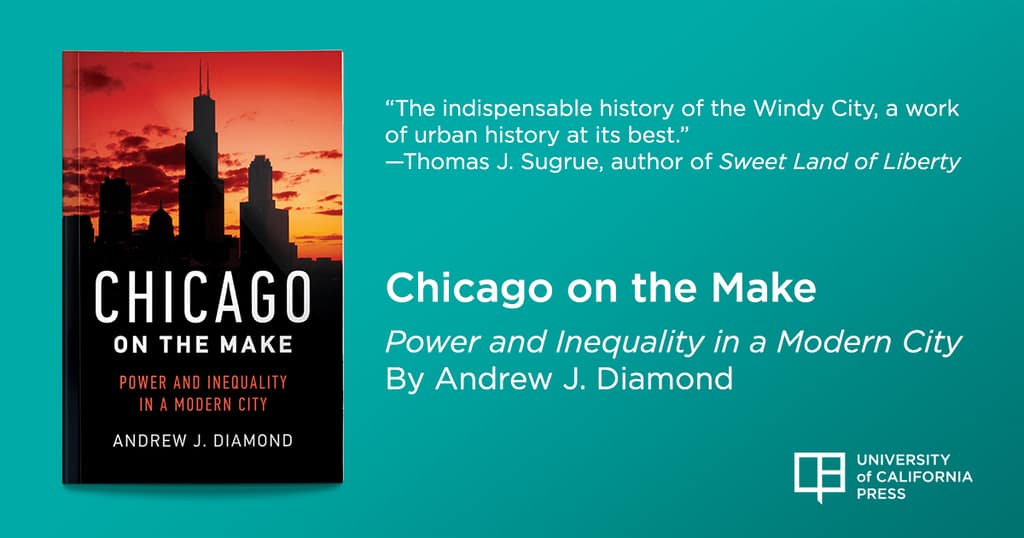 Chicago has attracted the gaze of journalists, novelists, essayists, and scholars as much as any city in the nation. And, yet, few historians have attempted big-picture narratives of the city’s transformation over the twentieth century.

Chicago on the Make: Power and Inequality in a Modern City traces the evolution of the city’s politics, culture, and economy as it grew from an unruly tangle of rail yards, slaughterhouses, factories, tenement houses, and fiercely defended ethnic neighborhoods into a truly global urban center.

Reinterpreting the familiar narrative that Chicago’s autocratic machine politics shaped its institutions and public life, acclaimed historian Andrew J. Diamond demonstrates how the grassroots politics of race crippled progressive forces and enabled an alliance of downtown business interests to promote a neoliberal agenda that created the stark inequalities that ravage the city today.

From his introduction, Diamond describes the idea of Chicago vs. its reality:

Chicago has evoked so much that is patently American, and it continues to do so today even after President Trump attempted to make it into an aberration by evoking the “carnage” on its streets. First and foremost, with its 2.7 million residents (nearly 10 million in the entire metropolitan area), it is the clear-cut capital of the Midwest and thus of the fabled American “heartland”—a nebulous place that politicians of every stripe appeal to in order to convince voters that they represent the “real” people. And Chicago strikes this populist chord in ways that other “great” American cities do not. In contrast with the dominant image of the good people residing in the older, educated cities of the eastern seaboard, for example, the stereotypical Chicagoan speaks in a thick accent, pronouncing words like the and these as “da” and “dese.” While notions of class justice (and injustice) now struggle for legitimacy within the realm of mainstream political discourse in the United States, American patriotism nonetheless remains infused with celebrations of average working men and women—which keeps Chicago a working-class town in the American imagination, even if it now ranks among the most economically powerful global cities in the world.

A people’s history, Chicago on the Make sheds new light on how the interplay of race and neoliberalization shaped Chicago’s political culture. 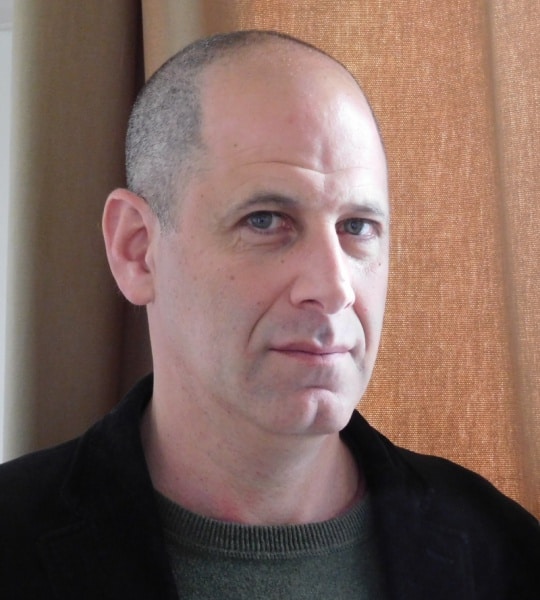 Join Andrew J. Diamond at one of his Chicago speaking engagements:

Q&A with Aidan Forth, Author of Barbed-Wire Imperialism
The Time is Right. The Time is Now: Communication for Social Justice Activism 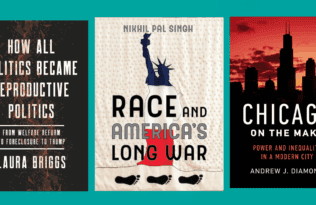