Jerome Rothenberg changed the course of poetics with the opening statement to his landmark anthology, Technicians of the Sacred: A Range of Poetries From Africa, America, Asia, Europe & Oceania: “Primitive means complex.”

Fifty years later, Technicians of the Sacred endures, inspiring and educating readers with its ability to expand the possibilities of poetry throughout the world. In the preface to the new 50th Anniversary Edition, Rothenberg situates the book in the present and affirms poetry’s power in making sense of our shared humanity in especially fraught times:

We have witnessed an upsurge of new nationalisms & racisms, directed most often against the diversity of mind & spirit of which the earlier Technicians was so clearly a part. To confront this implicit, sometimes rampant ethnic cleansing, even genocide, there is the need for a kind of omnipoetics that tests the range of our threatened humanities wherever found & looks toward an ever greater assemblage of words & thoughts as a singular buttress against those forces that would divide & diminish us.

Many readers—among them, notable poets, musicians, and artists—have been profoundly influenced by Technicians of the Sacred, including the musician Nick Cave, who says, “No one taught me more about poetry than Jerome Rothenberg. Technicians of the Sacred is the greatest anthology of poetry ever created, ‘primitive’ or otherwise.” While the poet Anne Waldman says: “Technicians of the Sacred is a seminal world wisdom text, a vibrating compendium of poetry and exegesis that reanimates poetry’s efficacy in the world. More radically timely than ever in a tormented era of xenophobia, racism, post-truth, and psychic crisis when words are abased. This is a spiritual book; a book to survive with.” Poet and environmentalist Homero Aridjis says it is “a unique, groundbreaking and essential guide to humankind’s spiritual relationship with Earth and the divine,” while Michael McClure says it as only Michael McClure can: “Jerome Rothenberg is a DNA spaceman exploring the mammal caves of Now.”

Other artists who have found inspiration in the book include Eddie Vedder (pictured here with a zydeco washboard vest that Rothenberg gave him) and the late singer and bibliophile Warren Zevon. Zevon’s extensive library rests in the care of his ex-wife, Crystal Zevon, who says: “When Warren moved in with me in 1971, Technicians of the Sacred was the only book he brought with him. Our early relationship is indelibly marked by Warren reading to me from that book, and it continued as a favorite pastime in years that followed.”

UC Press staff were lucky to have Rothenberg (along with wife and co-editor of the 2016 collection Symposium of the Whole, Diane) visit our offices recently for a fascinating presentation on his background, his coining of “ethnopoetics,” and the publishing history of Technicians of the Sacred. He followed with a wonderful reading of a few selections from the 50th anniversary edition, including “Essie Parrish in New York.” The poem appears in a new section called “Survivals and Revivals” in which Rothenberg explores the resurgence of indigenous poetry. Rothenberg explained that Essie Parrish was a healer from the Kashaya Pomo tribe, and as she spoke in 1972 at the New School in New York, poet George Quasha transcribed her narrative of a dream-vision. Watch the video below:

Celebrate the 50th anniversary edition with 30% off. Enter promo code 17M6662 at checkout.

Why Comedy, and Why Now?
The Town Where the Asphalt Ends 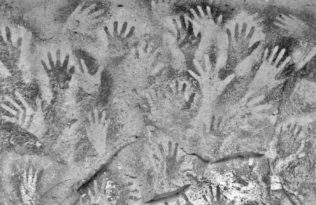 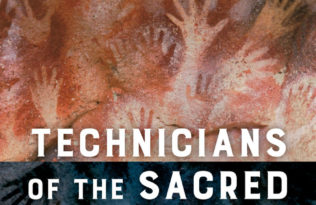 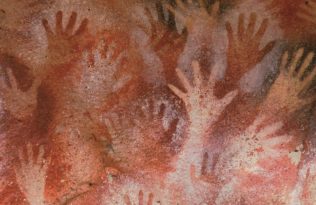