By Alejandro Nava, author of In Search of Soul: Hip-Hop, Literature, and Religion 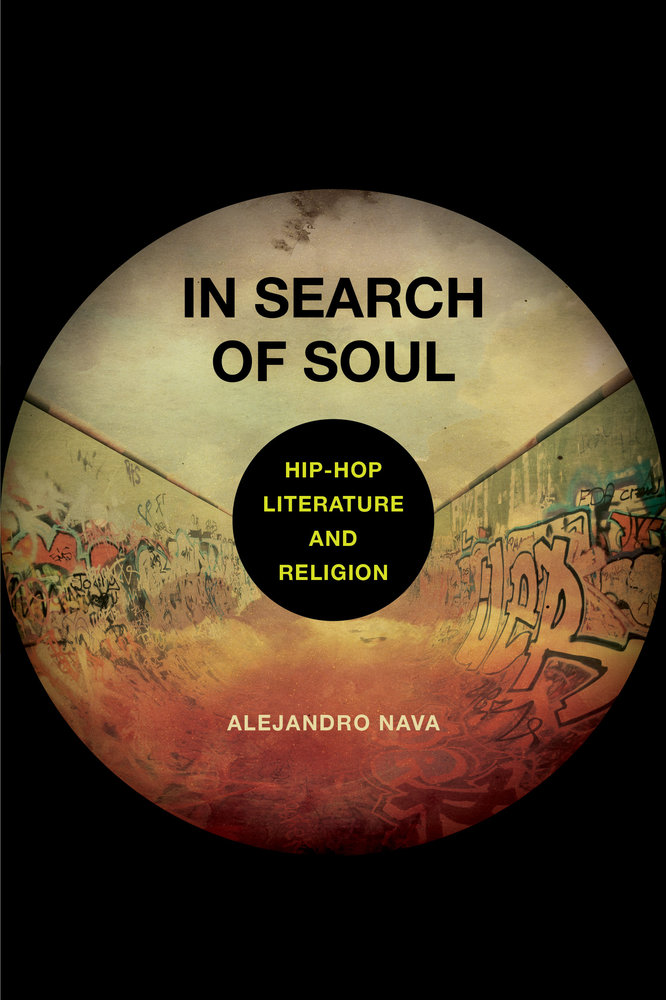 Taking its name from a song by Bobby Byrd and James Brown, Eric B. and Rakim released a single in 1987, “I Know You Got Soul,” from their album Paid in Full. By sampling the funky rhythms and throbbing drums of James Brown’s signature sound, the rap looks backward to soul music while at the same time looking forward to a new age that will put on wax many of the hip-hop generation’s distinct idioms, brags, syntaxes, and struggles. The song epitomizes the fresh new prosody and poetics of the hip-hop generation, a generation that will use ghetto tongues to name and scrutinize American possibilities and shortcomings, American opportunities and grave injustices. As time goes on, other rap artists will jump aboard the soul train and pilfer its propulsive beats and energies, but they will also increasingly bring with them the weights and burdens of black lives in the twentieth century. As the title of their tenth album suggests—How You Sell Soul to a Soulless People Who Sold Their Soul—Public Enemy, for example, drags these issues to the forefront. Typical to their prophetically charged vision, the album philosophizes and raps with a hammer, warning its listeners to the commercial and cultural forces in American life that seek to steal and cheapen the soul. In our own day and age—the age of Trump—Kendrick Lamar has burst on the stage of hip hop with some of the same anxieties and judgments. In song after song—“For Sale,” “How Much a Dollar Cost?” and “Mortal Man,” to name a few—he describes and dramatizes a soul in anguish, fighting and grinding for survival in a culture of consumption and callousness, doing what it can to resist the temptations of “Lucy” (his epithet for meretricious charms of Lucifer).

Though my book, In Search of Soul: Hip-Hop, Literature and Religion, is broader in scope than the soundscapes of rap, I see it as sharing the same airwaves and preoccupations as hip-hop artists in the mold of Lauryn Hill, Tupac, Kendrick Lamar, J Cole, Immortal Technique, Chance the Rapper and others. Simply put, the book is a response to the crisis of the soul in our age, and it considers the pressures by way of money, power and greed that can tarnish the highest ideals and values of the soul. More specifically, though, it explores the different nuances in the meaning of soul, from religious interpretations to profane and musical accounts. Part I of the book defends the basic values associated with the soul in the Jewish and Christian traditions: contemplation, compassion, spiritual depth, and fundamental human rights. I follow the lead of Lauryn Hill when she remarks that we need to “change the focus from the richest to the brokest,” as well as the famous adage of Jesus, “What does it profit a man if he gains the whole world and loses his soul?” Part II, then, moves to a cultural, artistic, and musical exploration of “soul” in African American and Hispanic traditions. In this second inflection, “soul” is a metaphor of artistic excellence and cultural/musical creativity. By examining the transformation in the grammar of “soul” from W.E.B. Du Bois and Ralph Ellison to Federico García Lorca and hip-hop, I consider how this concept became a counter-cultural trope and a weapon of protest against oppressive forces in American life. In the hands of these artists, it became synonymous with a spiritual force that could repel and overcome powerful tides of injustice.

By weaving together these different strands of “soul,” the book draws not only from my experiences in the classroom at the University of Chicago (where I studied religion), or at University of Arizona (where I’ve been teaching courses on religion and hip-hop); it is also a product of my schooling outside the walls of the university. For whatever else is true about the question of the soul, it is certainly the case that there is something fundamentally inscrutable and uncanny about the concept, something that requires an existential commitment to untangle its labyrinthine mysteries. In my own life (as in the religious, literary and hip-hop artists that I consider in this book), the pursuit of soul has taken me down surprising and uncharted roads, beyond the restricting borders of academic codes and norms, beyond the divisions of the sacred and profane. In learning from the street scribes of hip-hop, I have come to realize that whaling can be one’s Harvard and Yale (Melville), that the slums and tenements of New York can be the finest tutors (Stephen Crane), and that “beyond the walls of intelligence, life is found” (Nas).

Virginia Woolf, “The Russian Point of View,” in The Common Reader

Michael Eric Dyson, Holler if You Hear Me: Searching for Tupac Shakur

Alejandro Nava is Professor of Religious Studies at the University of Arizona and author of Wonder and Exile in the New World and The Mystical and Prophetic Thought of Simone Weil and Gustavo Gutierrez.

"Sumud"—The Will to Resist
Bronwen & Francis Percival on Real Cheese