“What does the relationship between Los Angeles and Latin America sound like?” 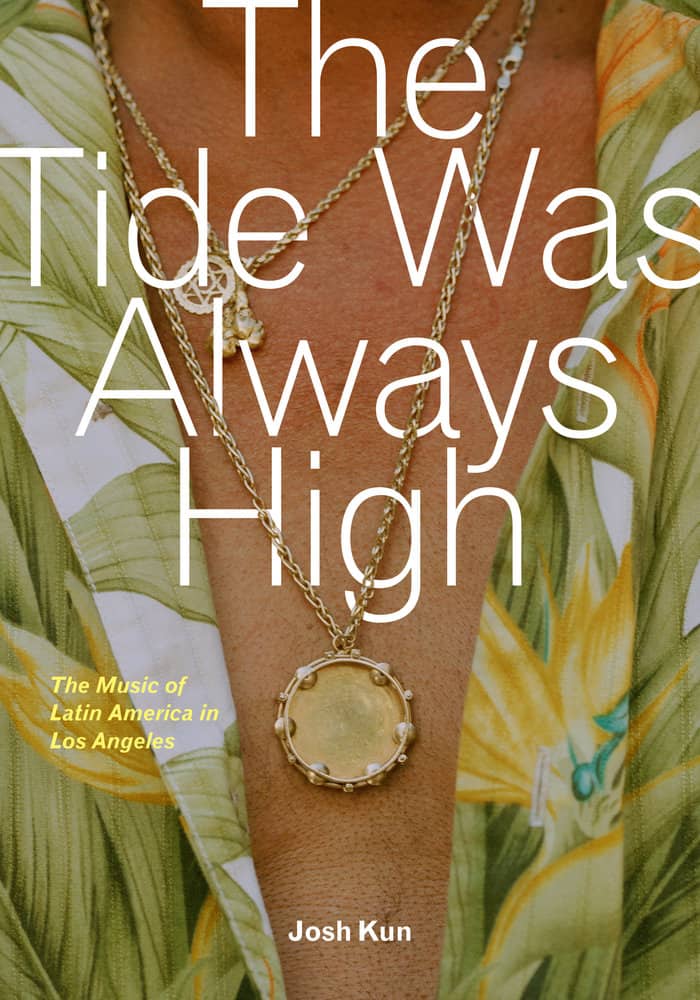 To celebrate these vibrant connections, Kun will debut “Musical Interventions,” a multi-part concert series at venues throughout L.A. in conjunction with Pacific Standard Time: LA/LA—the Getty’s effort to unite arts institutions across Southern California. To accompany the book and series, Kun has curated a monthly playlist of tunes related to his research, so listen up and read along with The Tide Was Always High. Order your copy now and save 30% with code 17M6662.

This outdoor dance concert will feature an electronic big band led by Mexico City’s Mexican Institute of Sound, with Sergio Mendoza (Orkestra Mendoza) and a crew of top local musicians helmed by percussionist Alberto López. They will interpret music written in, and for, Hollywood by the likes of Juan García Esquivel, Lalo Schifrin, Johnny Richards, Ary Barroso, and Maria Grever. Produced in partnership with the Getty.

October 7, 2017: Voice of the Xtabay: A Tribute to Yma Sumac—at Hammer Museum

October 26, 2017: Tonight at the Palace!: A Variedades Tribute—at The Downtown Palace Theatre

The Huntington’s exhibition “Visual Voyages” will be complemented by an experimental sound installation and a one night only live performance, both by composer, musician, and artist Guillermo Galindo. Produced in partnership with The Huntington.

This special evening revisits the 1970 album by legendary Brazilian pianist, producer and arranger João Donato, A Bad Donato (recorded in L.A.), and other moments of “Brazil-in-L.A”. musical creativity. Inspired by the Fowler Museum at UCLA exhibition Axé Bahia: The Power of Art in an Afro-Brazilian Metropolis, the concert features performances by João Donato backed by Bixiga 70, and Bahia-raised Mateus Aleluia with L.A.-based Brazilian singer Thalma de Freitas. Produced in partnership with Center for the Art of Performance at UCLA.

Kicking off this month throughout Southern California and running through January 2018 is Pacific Standard Time: LA/LA, an ambitious exploration of Latin American and Latino art in Los Angeles. Led by the Getty, PST: LA/LA is a joint effort of more than 70 cultural institutions, and UC Press is thrilled to be publishing three books in conjunction with this unprecedented collaboration. Learn more.