Along the trails of the inner Grand Canyon, it’s probably well over a hundred degrees today. And by coincidence, today’s the day that someone leaked a draft report by scientists from 13 federal agencies. “Evidence for a changing climate abounds, from the top of the atmosphere to the depths of the oceans,” the report says.

It’s always been hot in the Canyon in summer. A string of 100-degree days is common, and climate scientists aren’t telling us that today’s heat is necessarily caused by global warming. They are saying, instead, that the odds o 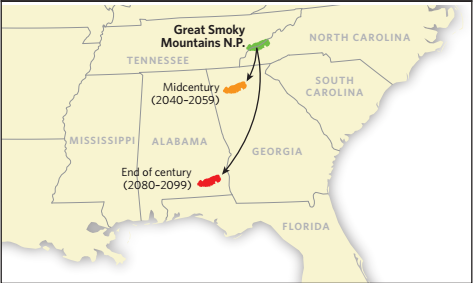 f severe heat are greater now, and accelerating. Their projections signal an urgent threat to all our tens of millions of acres of national parks, national forests, wildlife refuges and public lands.

As I learned from scientists during research for my book Grand Canyon For Sale: Public Lands versus Private Interests in the Era of Climate Change, the damage is underway. The threat spans different species, elevations, and latitudes. In the Canyon region, climate-related die-offs in strands of aspen, Ponderosa pine, piñon pine, and juniper have already been seen.

“There’s a difference between ‘alarmist’ and ‘alarm,’ right?” David Breshears asks. He’s the lead scientist at the University of Arizona’s Terrestrial Ecology Lab. “One is saying there’s a problem when there isn’t. But in some cases you have a big problem and you need to pull an alarm.” Breshears is aware that the scale of destruction, and its urgency, are not easy to fathom. “All the evidence coming in is that it is going to be much worse than we’ve expected,” he said.

“Hopefully, that’s a motivation for action,” he said. “This is large-scale dramatic change—a very large proportion of trees in a landscape you loved have suddenly died. And that causes a whole cascade of other changes.” 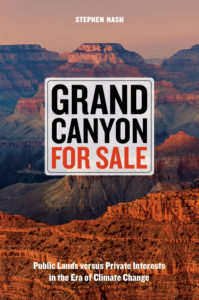 With and without the climate factor, the national park system’s trend lines for wild species hardly reassure. Populations of the exquisite native birds at Everglades National Park have fallen by an estimated 93 percent even since the 1930s, when the park was established. At Sequoia National Park the namesake giant trees are threatened by future drought and heat. At current rates of melting, the glaciers at Glacier National Park will be gone within twenty years. The glaciers at Denali National Park and throughout the central Alaska Range are “thinning and retreating rapidly,” according to the Park Service.

At Great Smoky Mountains, our most-visited national park, one in six mammal species may be gone within the next few decades because of climate change, and the losses continue on after that. Fifty-four plant and animal species are already on the threatened/endangered list at Hawai‘i Volcanoes National Park, which can afford programs to try to help only five of them. Many more will join the list.

The trend is nearly as grim at many of the other parks. A full 96 per-cent of National Park Service land and 84 percent of park units are in areas where warming was already underway during the twentieth century. Without connections to our larger publicly owned landscape, the lifeboat system that we established for wildlife when we initiated the park system a hundred years ago begins to sink. In a stable climate, we have been able to defend protected areas to a degree, as natural landscapes with closed boundaries. An unstable, shifting climate is now forcing those boundaries open.

The Future of our National Parks System 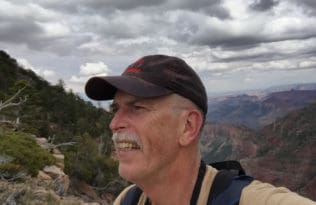