Tomorrow is World Photo Day, a celebration bringing together millions of photographers worldwide to share their stories and inspire global change through the power of photography. A snapshot of some of our great photography titles is below; be sure to check out our photography subject page to browse even more titles, as well as our previous World Photo Day posts. 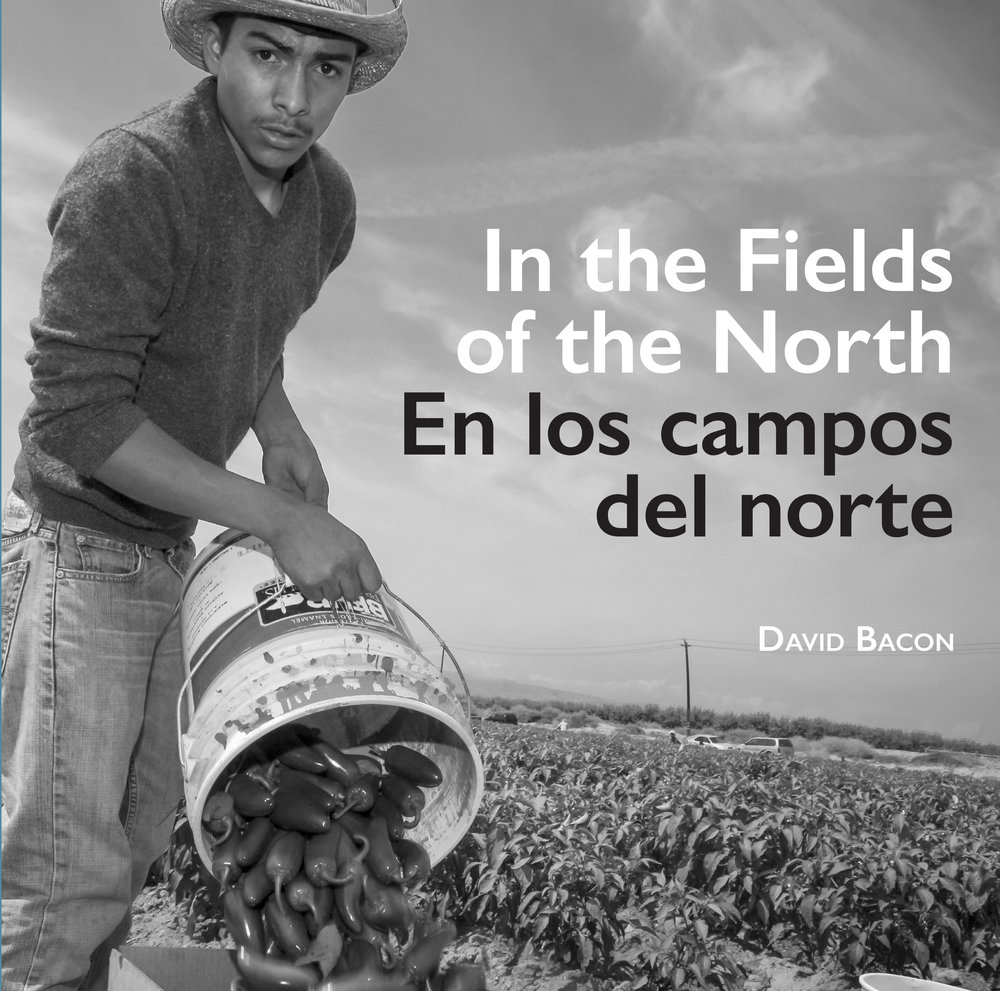 In this landmark work of photo-journalism, activist and photographer David Bacon documents the experiences of some of the hardest-working and most disenfranchised laborers in the country: the farmworkers who are responsible for making California “America’s breadbasket.” Combining haunting photographs with the voices of migrant farmworkers, Bacon offers three-dimensional portraits of laborers living under tarps, in trailer camps, and between countries, following jobs that last only for the harvesting season. He uncovers the inherent abuse in the labor contractor work system, and drives home the almost feudal nature of laboring in America’s fields.

Told in both English and Spanish, these are the stories of farmworkers exposed to extreme weather and pesticides, injured from years of working bent over for hours at a time, and treated as cheap labor. The stories in this book remind us that the food that appears on our dinner tables is the result of back-breaking labor, rampant exploitation, and powerful resilience. 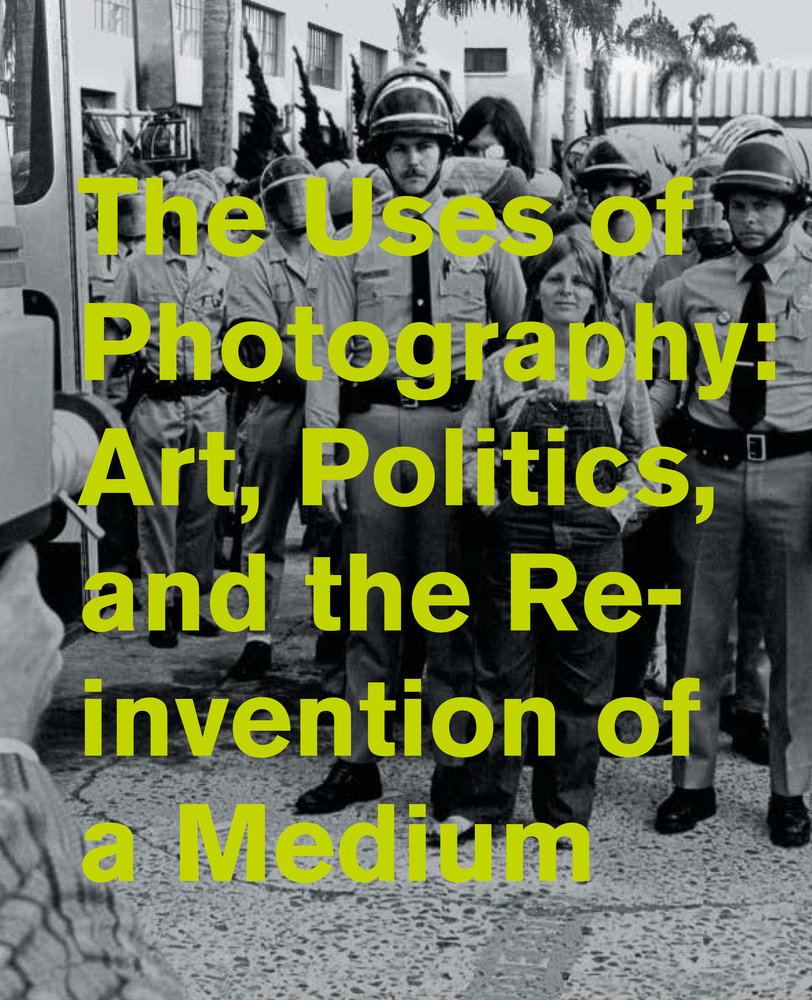 The Uses of Photography: Art, Politics, and the Reinvention of a Medium edited by Jill Dawsey

The Uses of Photography examines a network of artists who were active in Southern California between the late 1960s and early 1980s and whose experiments with photography opened the medium to a profusion of new strategies and subjects. Tracing a crucial history of photoconceptual practice, The Uses of Photography focuses on an artistic community that formed in and around the young University of California San Diego, founded in 1960, and its visual arts department, founded in 1967. Artists such as Eleanor Antin, Allan Kaprow, Fred Lonidier, Martha Rosler, Allan Sekula, and Carrie Mae Weems employed photography and its expanded forms as a means to dismantle modernist autonomy, to contest notions of photographic truth, and to engage in political critique. 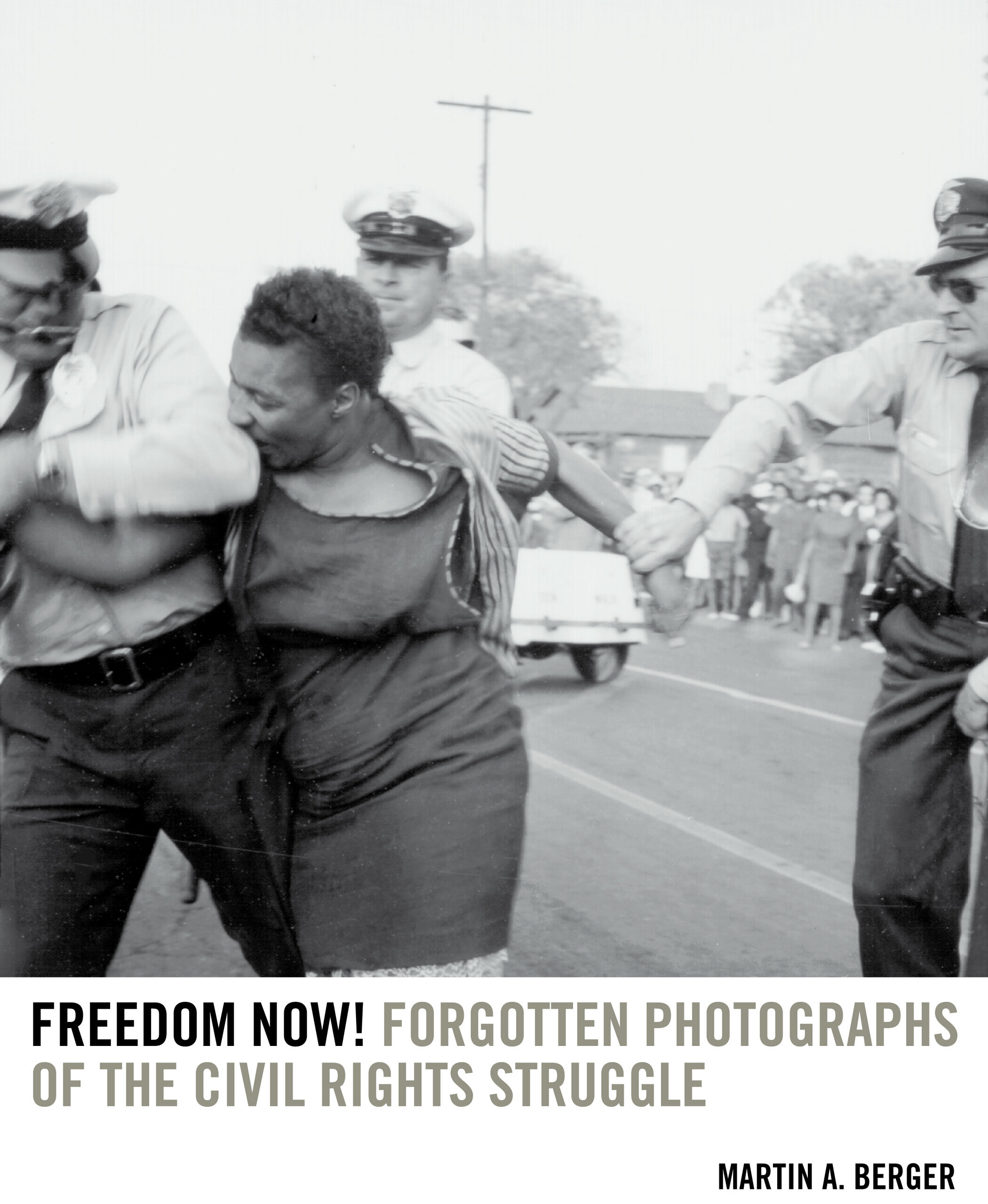 Freedom Now!: Forgotten Photographs of the Civil Rights Struggle by Martin A. Berger

In this groundbreaking catalogue, Martin Berger presents a collection of forgotten photographs that illustrate the action, heroism, and strength of black activists in driving social and legislative change. Freedom Now! highlights the power wielded by black men, women, and children in courthouses, community centers, department stores, political conventions, schools, and streets. Freedom Now! reveals that we have inherited a photographic canon—and a picture of history—shaped by whites’ comfort with unthreatening images of victimized blacks. And it illustrates how and why particular people, events, and issues have been edited out of the photographic story we tell about our past. By considering the different values promoted in the forgotten photographs, readers will gain an understanding of African Americans’ role in rewriting U.S. history and the high stakes involved in selecting images with which to narrate our collective past.

The Polaroid Project: At the Intersection of Art and Technology 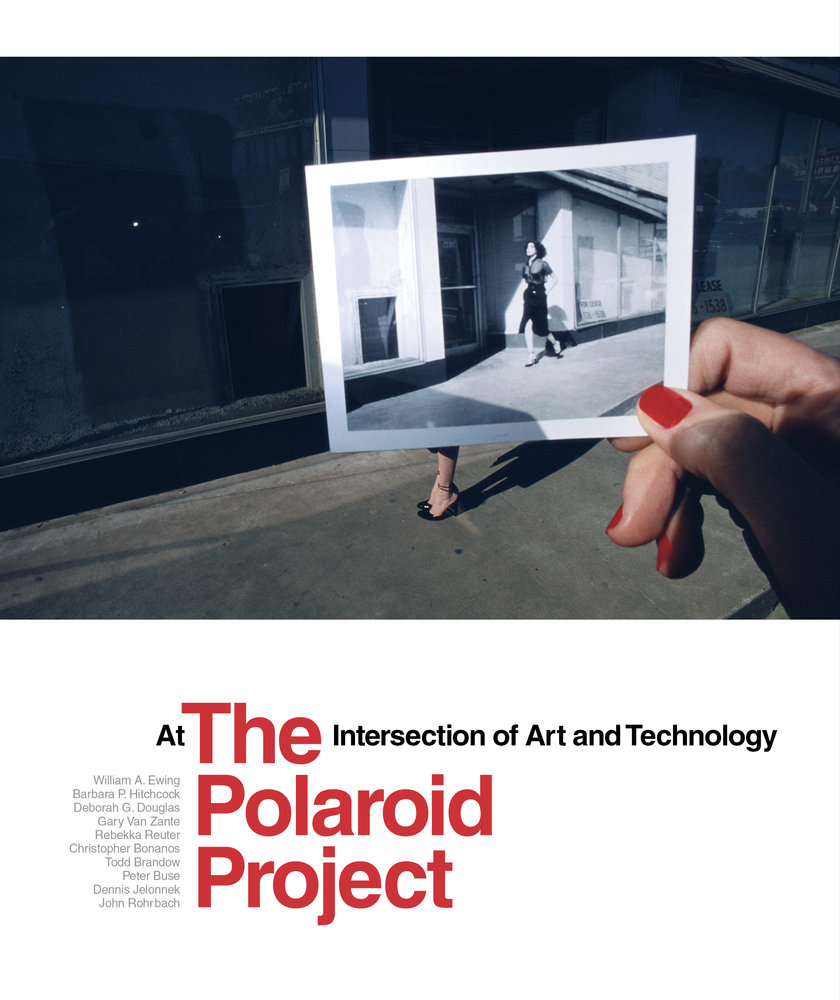 edited by William A. Ewing and Barbara P. Hitchcock

The compulsion to dwell on history—on how it is recorded, stored, saved, forgotten, narrated, lost, remembered, and made public—has been at the heart of artists’ engagement with the photographic medium since the late 1960s. Uncertain Histories considers some of that work, ranging from installations that incorporate vast numbers of personal and vernacular photographs by Christian Boltanski, Dinh Q. Lê, and Gerhard Richter to confrontations with absence in the work of Joel Sternfeld and Ken Gonzales-Day. Projects such as these revolve around a photographic paradox that hinges equally on knowing and not knowing, on definitive proof coupled with uncertainty, on abundance of imagery being met squarely with its own inadequacy. Photography is seen as a fundamentally ambiguous medium that can be evocative of the historical past while at the same time limited in the stories it can convey. Rather than proclaiming definitively what photography is, the work discussed here posits photographs as objects always held in suspension, perpetually oscillating in their ability to tell history. Yet this ultimately leads to a new kind of knowledge production: uncertainty is not a dead end but a generative space for the viewer’s engagement with the construction of history.

Reconstructing the View: The Grand Canyon Photographs of Mark Klett and Byron Wolfe

by Rebecca A. Senf and Stephen J. Pyne

Using landscape photography to reflect on broader notions of culture, the passage of time, and the construction of perception, photographers Mark Klett and Byron Wolfe spent five years exploring the Grand Canyon for their most recent project, Reconstructing the View. The team’s landscape photographs are based on the practice of rephotography, in which they identify sites of historic photographs and make new photographs of those precise locations. Klett and Wolfe referenced a wealth of images of the canyon, ranging from historical photographs and drawings by William Bell and William Henry Holmes, to well-known artworks by Edward Weston and Ansel Adams, and from souvenir postcards to contemporary digital images drawn from Flickr. The pair then employed digital postproduction methods to bring the original images into dialogue with their own. The result is this stunning volume, illustrated with a wealth of full-color illustrations that attest to the role photographers—both anonymous and great—have played in picturing American places.

Rebecca Senf’s compelling essay traces the photographers’ process and methodology, conveying the complexity of their collaboration. Stephen J. Pyne provides a conceptual framework for understanding the history of the canyon, offering an overview of its discovery by Europeans and its subsequent treatment in writing, photography, and graphic arts. 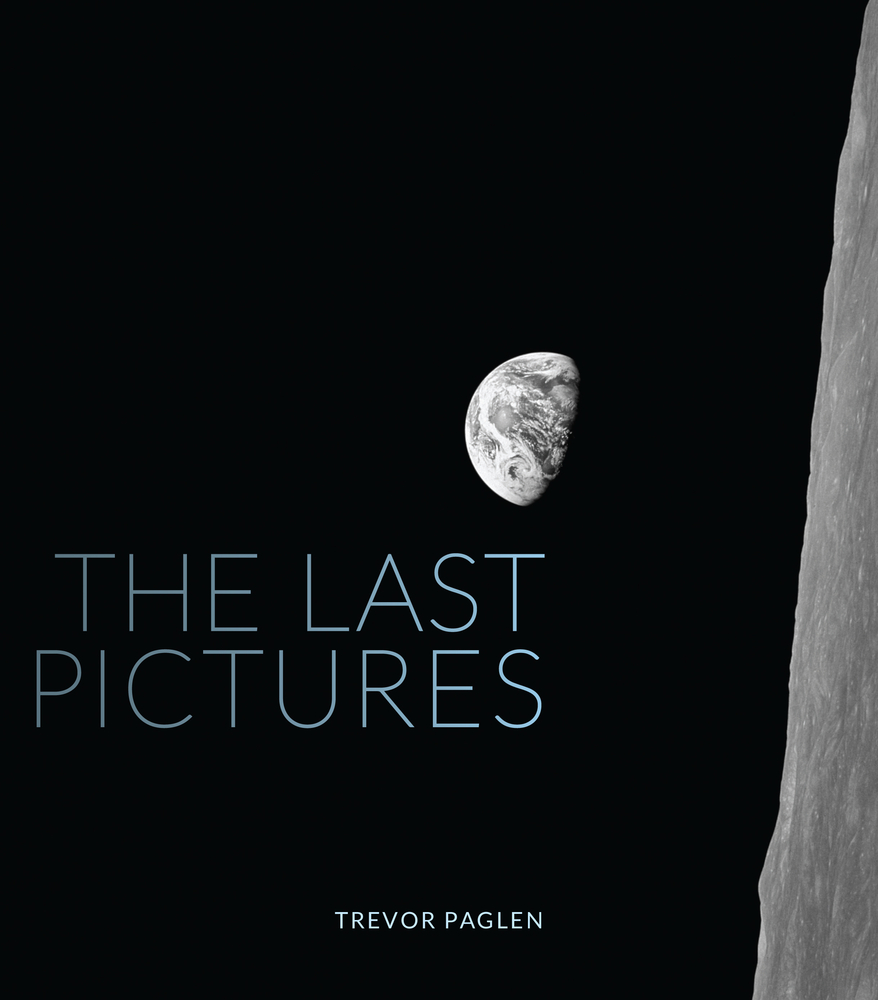 The Last Pictures, co-published by Creative Time Books, is rooted in the premise that these communications satellites will ultimately become the cultural and material ruins of the late 20th and early 21st centuries, far outlasting anything else humans have created. Inspired in part by ancient cave paintings, nuclear waste warning signs, and Carl Sagan’s Golden Records of the 1970s, artist/geographer Trevor Paglen has developed a collection of one hundred images that will be etched onto an ultra-archival, golden silicon disc. The disc, commissioned by Creative Time, will then be sent into orbit onboard the Echostar XVI satellite in September 2012, as both a time capsule and a message to the future. 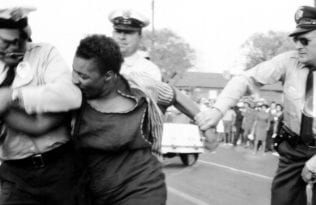 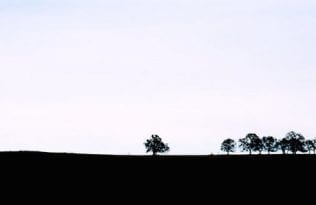 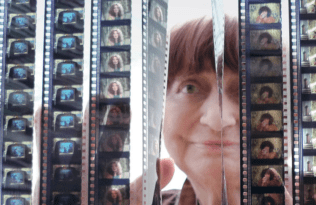 Save 30% with UC Press during the Modernist Studies Association Conference