Susan L. Brown, author of Families in America, part of the Sociology in the Twenty-First Century Series

Unemployment is at a 16 year low and the stock market is booming. Yet, many Americans continue to struggle in today’s economy, and this is increasingly evident among older adults. They are working longer, often delaying retirement because they can’t afford to give up their jobs. And that’s among those who are lucky enough to be employed. The Equal Employment Opportunity Commission reports that complaints of age discrimination in employment are up since last year, although they are somewhat lower than during the Great Recession. Seniority no longer translates into security. Instead, older workers report being let go because they are more expensive (higher salaries and health care costs) than younger workers. Adults who continue working into old age face a rising rate of workplace injuries, which not only can result in physical and emotional suffering but also be devastating financially. 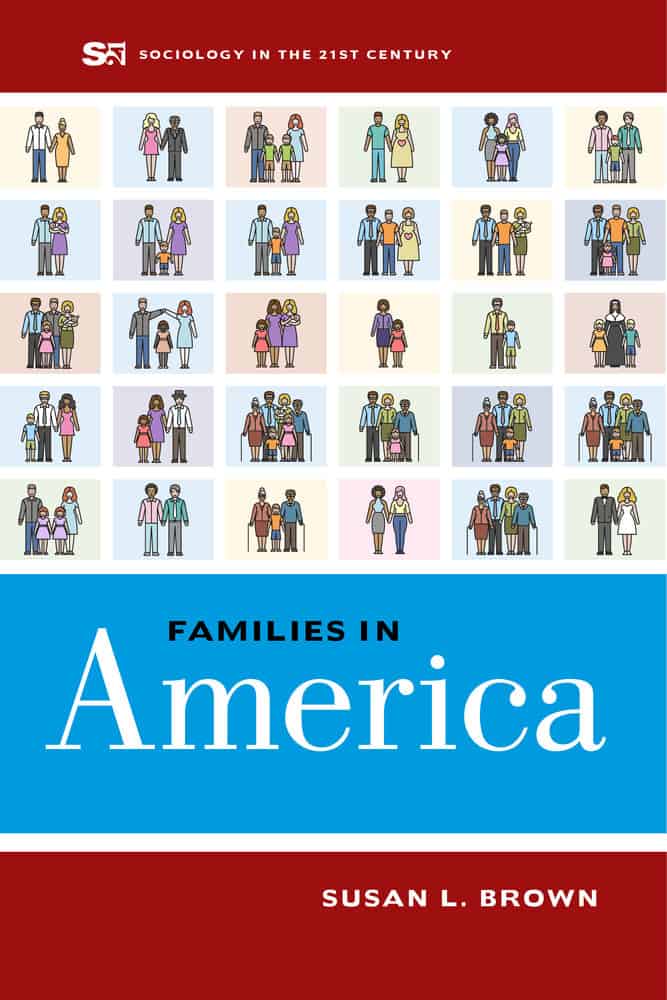 In the face of such labor force challenges, older adults may turn to families or the government for support. Unfortunately, changes unfolding in the family lives of older adults are actually likely to aggravate their economic strain. Much like their young adult counterparts, a shrinking share of older adults are married. About one third of Baby Boomers are unmarried. A generation ago, 80% would have been married. Poverty is quite unusual among married Boomers (5% are poor), but one in five single Boomers is living in poverty. Single Boomers contend with more health issues than do marrieds and at the same time they are less likely to have health insurance.

Historically, widowhood often led to poverty. Indeed, it was the impetus for Social Security. Now, gray divorce, which is a term describing divorce among adults over age 50, is affecting hundreds of thousands of older adults each year. Since 1990, the gray divorce rate has doubled while the divorce rate for young adults has fallen. Widowhood is also declining with lengthening life expectancies. Notably, gray divorce appears to be associated with harsher economic outcomes than widowhood for women. Women who experience gray divorce may have been out of the labor force for decades, making it quite difficult for them to gain employment. They are unlikely to be awarded alimony and do not receive the survivorship benefits that widows get following marital dissolution.

Social Security presumably acts as a safety net for older adults. But it is predicated on outmoded assumptions. Designed during an era of near universal, stable lifelong marriage, this program is most effective for those who follow the traditional family pathway: marry young until death do us part. This pathway is less and less common. Social Security is not an adequate safety net for many divorced women. Among those who are age-eligible for Social Security, the poverty level of gray divorced women is twice that of widowed women. Likewise, never-married older adults, women and men alike, also experience high levels of poverty akin to those of gray divorced women.

Tying economic benefits to marital status disadvantages those who don’t conform to tradition, and the non-conforming are rapidly becoming the norm. Yet, Social Security eligibility criteria haven’t budged in response. The continuously married already enjoy the most economic resources and they arguably derive the greatest benefits from Social Security. The widening economic gap between the married and unmarried is now playing out among older adults. Despite working longer, many aren’t able to escape economic hardship and governmental support is not enough to close the gap.

Susan L. Brown is Professor and Chair of Sociology and Co-Director of the National Center for Family & Marriage Research at Bowling Green State University.