By Jack Halberstam, author of Trans*: A Quick and Quirky Account of Gender Variability

This guest post is part of a blog series of contributions by authors in American Studies Now, a series of short, timely books on significant political and cultural events.

At a time when the visibility and acceptance of transgender people has never been higher, when high school students openly discuss issues of gender variance and businesses boycott states without transgender bathroom policies, President Trump tweeted his intention to ban transgender people from the military. Perhaps, President Trump decided that he needed to make this bold move to win back conservative backers. No doubt even devout Trump supporters in the USA might be eyeing Trump’s health care policies with bewilderment right now and wondering why they are in bed with a one-percenter with strong ties to Russia and little interest in US businesses. For those supporters, Trump offered an olive branch yesterday—by proposing to ban transgender people from the military, he happily sacrificed a gender ambiguous lamb to the mercurial gods of conservative family values.

Trump’s pro-LGBT stance was only the latest campaign posture to find its way to the trash heap of broken promises. While fending off charges of collusion with Russia, treason, rigged elections, and incompetence, Trump has found an issue to rally his right wing fringe supporters while confusing and enraging his many detractors. In the wake of his announcement, many transgender people fired back on twitter to remind Trump and his cronies that they do not want to serve in the military anyway. Others, service members who have been honored in combat, emphasized their intention to stay right where they are, ban or no ban. America’s most famous transgender soldier, Chelsea Manning, accused Trump of cowardice and of creating a distraction with his announcement, but she also suggested that the US military had an inflated and bloated budget anyway, which should be redirected to health care. Hear, hear!

Trump’s tweeted policy change exemplifies how confused conservatives are about transgender issues. While running for office, Trump clearly stated his intentions to protect LGBT communities and to defend the rights of transgender people to use whatever bathroom they deem appropriate and, one assumes, to serve in the military. So, why this ban, why now? Is it related to the health care bill that President Trump has been trying unsuccessfully to put in place—a bill that will dispossess hundreds of thousands of people of their current health care policies? Is it part of an economic retrenchment, an attempt to cut away all unnecessary spending? Trump himself gave an economic rationale for his decision saying that the military spends millions on transgender surgeries. This is nonsense, as many journalists and researchers have pointed out—sex reassignment surgeries are a miniscule part of any military budget and in fact, as the BBC reports: “the US military spends almost $42m a year on the erectile dysfunction medication Viagra—several times the total estimated cost of transgender medical support.” By comparison, the Rand corporation estimates that expenses related to transgender soldiers fall between $5-8 million annually.

There are a few lessons to be learned from Trump’s quick turn away from his clearly stated promises to support transgender people—first, transgender issues have tended to be a safe bet for securing conservative votes. Trump may have overestimated the extent to which this is still true. Second, transgender issues continue to hold a fascination and allure that distracts people from the actual issues under discussion. Finally, transgender people are more integrated into society than ever before in history and the tide towards acceptance is unlikely to be turned back by big, dumb moves like this one. Rather than simply fight for the right for transgender people to serve in the military however, we should seize upon this issue, as Chelsea Manning did, to ask why the military has such a bloated budget in the first place and how these funds can be redirected? We should also push back in similar ways and with equal force on Trump’s attempts to: dispossess people of access to basic health care, amp up security forces and deportations, and to downsize education.

This latest measure neither reflects the current climate on transgender people in or out of the military and has no obvious purpose other than to distract from his total lack of a foreign policy, his disdain for the health of the environment, and his total inability to govern. Transgender people, many of whom have served their country selflessly, which is more than Trump and most of his cabinet can claim, will survive this latest indignity and may well see this ban overturned sooner rather than later once Trump realizes he has lost the crowd’s attention and support and has instead inspired their wrath, their pity and finally, their indifference. 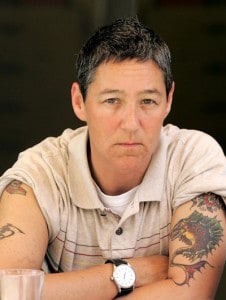 ck Halberstam is Professor of English and Gender Studies at Columbia University.

Trans*: A Quick and Quirky Account of Gender Variability explores recent shifts in the meaning of the gendered body and representation, and the possibilities of a nongendered, gender-optional, or gender-queer future.

Health Care in the United States: How did we get here? What's at stake?
Collabra: Psychology Now the Official Journal of SIPS