Detroit has stood at the center of a growing crisis in the United States tied to racial conflict, the collapse of the middle class, and political polarization. No city, argues historian Scott Kurashige, has come to embody the decline of middle-class economic security, the entrenchment of structural unemployment, and the burden of long-term debt more than Detroit. Kurashige — who is also an activist and author of The Fifty-Year Rebellion: How the U.S. Political Crisis Began in Detroit — worked closely with the legendary Grace Lee Boggs, a noted figure in Detroit’s Black Power movement, as well as many community organizations in Detroit. “When you think about Detroit’s 50-year crisis”, he says, “it really relates to the unresolved contradictions of 1967.”

On July 23, 1967, thousands took to the streets of Detroit to vent their long-standing frustrations with racism, police brutality, and vanishing job prospects. Mainstream observers called it a “riot,” contending that it brought about the ruin of a once-great city and stressed for repressive policing to restore law and order. As Kurashige points out in The Fifty-Year Rebellion, many others instead called it a “rebellion,” and advocated for social programs and investments to remedy racism and poverty:

They viewed it as an expression of black unity and a political declaration for their “fair share” of resources and power in the great city and nation… Regardless of opinion, when we look closely at the deadly violence that took place during the rebellion, one pattern stands out: the killing of African Americans by state actors.

Of the 43 who died, 33 were black and 30 were killed by law enforcement, as the streets of Detroit were covered by 17,000 Detroit cops, state police, National Guardsmen, and finally U.S. Army troops. Authorities had hoped initial outbreaks of violence would play themselves out. When they instead expanded into full-fledged rebellion, the police became the aggressors in one confrontation after another. “This is more than a riot,” said one police officer, reflecting the view of many peers. “This is war.”

In the following segment of The Big Picture with Thom Hartmann, Kurashige further clarifies the difference between the two terms, and why it’s an important distinction:

Challenging the conventional notion that “rioters” ruined a once-thriving city, The Fifty-Year Rebellion provides striking insights into the polarization of American society over the past half-century and how the struggle in Detroit will determine what type of political and economic system will emerge from the nation’s current crisis. 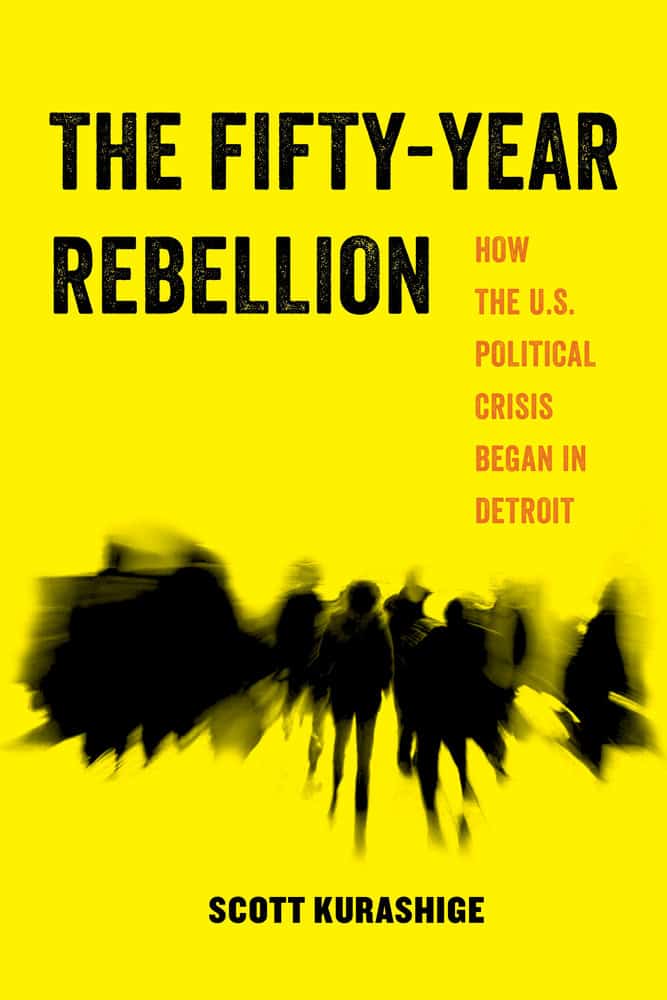 With a roster of key figures and their roles — from community activists such as James and Grace Lee Boggs to wealthy and private investors like Betsy DeVos and Dan Gilbert — the book shows that in the face of devastation and dispossession, visionary Detroit activists have organized a new model of a postindustrial city through the creation of urban farms, freedom schools, solidarity economics, and self-governing communities.

The Fifty-Year Rebellion: How the U.S. Political Crisis Began in Detroit is part of American Studies Now, an e-book first series of short, timely books on significant political and cultural events. 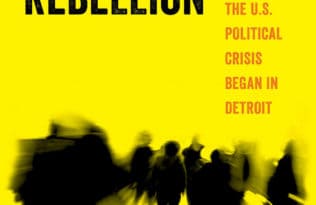