During Father’s Day, while some dads are woken from slumber by their kids bouncing on their beds, others are simply hoping to get a few short hours with their children.

The urban “deadbeat dad” or “absentee father” is considered a leading social problem today. They become fathers quickly (and usually unintentionally) and avoid parental responsibilities, including evading child support obligations. Stereotyped as irresponsible and immature, they are looked down upon by all walks of society.

But what we fail to recognize—and what The New York Times’ David Brooks writes about regarding why fathers leave their children, is that these fathers had every intention of being there for their children. Brooks writes, “in truth, when fathers abandon their own children, it’s not a momentary decision; it’s a long, tragic process.”

Brooks cites Kathryn Edin and Timothy J. Nelson’s research in Doing the Best I Can: Fatherhood in the Big City. Brooks says that “the so-called deadbeat dads want to succeed as fathers. Their goals and values point them in the right direction. … They need help finding the practical bridges to help them get where they want to go.” 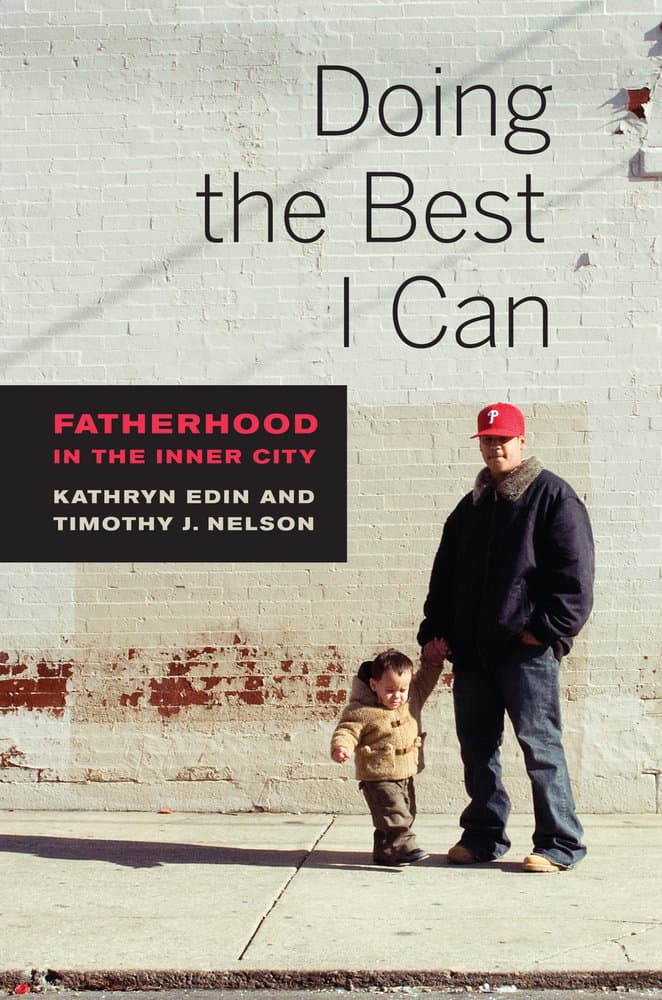 Perhaps a paradigm shift is in order. Imagine if America’s social institutions realigned so that men’s parenting efforts were treated as a resource with real potential value. If we truly believe in gender equity, then we must find a way to honor fathers’ attempts to build relationships with their children just as we do mothers’—to assign fathers rights along with their responsibilities. While some low-income fathers are violent or potentially harmful to their children, such problems are far from universal, and it is wrong to characterize a whole class of men in this way, particularly when we don’t do the same for middle-class, predominately white fathers.

Taking a bold new approach to unmarried fatherhood has risks, but it also has large potential payoffs.

Learn more about Edin and Nelson’s fieldwork that inspired Doing the Best I Can and find resources to help.