by Pablo Piccato, author of A History of Infamy: Crime, Truth, and Justice in Mexico 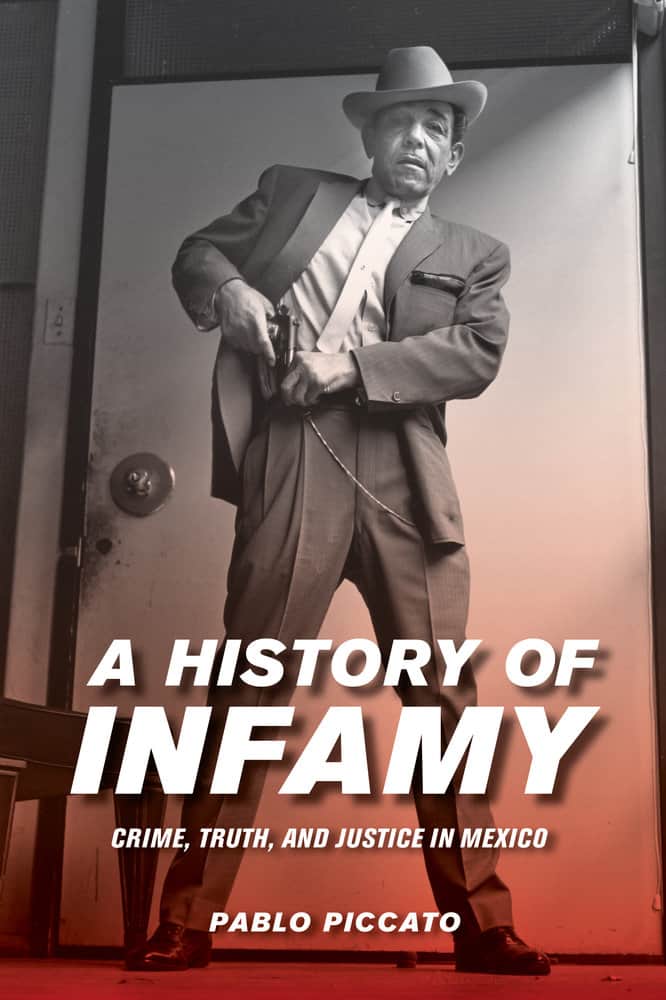 Projects like the one resulting in my latest book have a life of their own. At first my goal was to take to the present the social history approach to the history of crime in Mexico City I used in City of Suspects (2001), and to engage more explicitly with the growing social science scholarship on security and drug trafficking in Mexico. But as I started the research, and the situation in Mexico deteriorated, the project changed, forcing me to ask new questions. For example, I compiled the statistics of indicted and sentenced in the entire country during the twentieth century only to find that violent crime had steadily decreased until the last years of the century. How to reconcile that with the increasing centrality of the themes of crime and justice in Mexican life? More important, perhaps, was my own disappointment with the emerging scholarship mentioned above. Political scientists, sociologists and legal scholars embraced a state-centered perspective that focused on security and policy models to solve the problem of crime. Yet much of this scholarship did not challenge some of the basic assumptions of the state discourse about crime: criminals were a well-defined group of people, policing and punishment were the only mechanisms to control them, civil society had no role in dealing with transgression, drug trafficking was the cause of everything bad that was happening in the country. A lot was happening indeed: criminal organizations were diversifying their activities and engaging in human trafficking, extortion and other predatory activities along with the production, smuggling and sale of illicit drugs. Mexican governments were increasingly relying on a militarized approach to the so-called “war on drugs.” Policies and aggressive enforcement nevertheless failed to stem the flow of drugs and reduce corruption and impunity. The arrests or killing of the higher ups of some organizations only created internecine fighting among them, and more violence across the national territory. By the beginning of this decade the toll had reached more than a hundred thousand deaths and a large number of disappeared.

Facing the overwhelming scale of the problem, it became clear to me that a mere historical narrative of the transformation of crime during the century would not be so useful. In 2010 I had published another monograph, Tyranny of Opinion, focusing on the history of the public sphere in the nineteenth century. That project’s focus on the public sphere helped me refine my approach to twentieth-century crime: questioning the way in which multiple actors discussed the problem of violence and the shortcomings of justice revealed the basic assumptions that informed contemporary understandings of crime. Thus, for example, examining the debates about famous cases in front of the jury, in the press, and in detective fiction explained the central role that murderers acquired in Mexican visions of crime during the century. Murderers became fascinating and complex characters whose first-person accounts, usually in the form of confessions, revealed the truth in a way that judicial institutions failed to achieve. Listening to people’s skeptical views about the police and judicial system since the 1930s gave me the key to understand the centrality of the problem of truth in contemporary Mexico. The majority of the homicides that are committed these days will never be investigated because the state gives priority to the disruption of criminal organizations over the loss of life that the war on drug entails. As a result, Mexican civil society, particularly the relatives of victims, no longer trust official accounts, and fight for their right to know the truth. Reading old crime news and detective novels allowed me to see the relevance and deep roots of Mexican citizens’ claims for the truth.

A History of Infamy also addressed another legacy of the middle decades of the twentieth century: Mexico’s reputation as a place of arbitrary violence and complete impunity. Today, this infamy is expressed through images and narratives of powerful narcos, and has been exploited by Donald Trump as a way to justify anti-immigrant measures. Murderers became celebrities decades ago, but it is only in recent years, and as a result of the scale of the violence of organized crime, that the entire country came to be identified with the threat of violence. As is the case with Mexican civil society, U.S. public opinion needs to go beyond the acceptance of these problems and demand the truth. Trying to understand this present, the book became an exploration of the difficult relationship between violence and the truth.

Pablo Piccato teaches Latin American history at Columbia University. He studied at the Universidad Nacional Autónoma de México and the University of Texas at Austin. His books include City of Suspects: Crime in Mexico City, 1900–1931 and The Tyranny of Opinion: Honor and the Construction of the Mexican Public Sphere.

Ephemeral Histories
The Dark Side of Technology and Separation/Divorce Violence Against Women: Image-Based Sexual Abuse 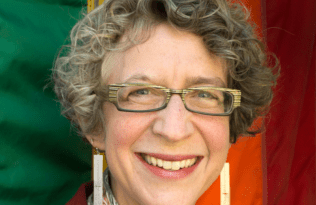