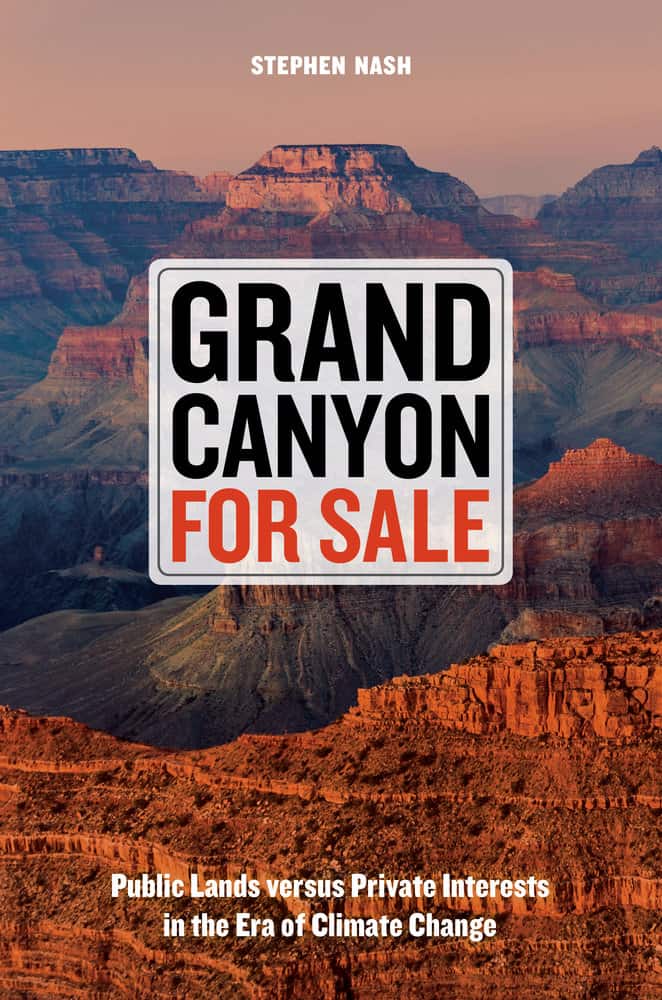 America’s national park system is the most familiar component of our vast estate of federal public lands: forests and grasslands, wildlife refuges, millions of acres of rangelands. These landscapes all add up to more than a fourth of the U.S. national dirt. Earth Week 2017 finds the survival of their natural systems increasingly vulnerable, politically and biologically.

The plan long promoted by conservation biologists and environmentalists, and seriously contemplated by the federal government in the recent past, was to move toward connecting these lands to help ensure their protection from industrial exploitation and development pressures, and to enable species to adapt and migrate in the face of quickly arriving climate change.

But a powerful, well-funded political movement is pushing in the other direction: to atomize federal public lands, hand them over to the states, and privatize them. My book Grand Canyon for Sale: Public Lands versus Private Interests in the Era of Climate Change details this conflict, its origins, and its political and ideological supporters, from ranchers to billionaires. The Trump administration has been both equivocal and non-vocal on this issue so far — hard to prophesy how this map will look on Earth Week 2018, and beyond.

With Grand Canyon National Park as the foreground example, we can also see the biological threats to the future of public lands: recurring waves of imported invasive species that disrupt ecosystems, a lengthening list of endangered species whose populations steadily diminish and, especially, climate change. These factors are already transforming public lands, including Grand Canyon.

Fortunately, natural scientists and their allies spend whole careers on research and field work to mitigate these losses and plan for a radically different climatic future. Their work, too, is embattled. Many of them will celebrate Earth Day around the U.S. this weekend by taking part in a March for Science. For public lands and for science both, we’ll see what direction the coming year takes…

Stephen Nash is the author of award-winning books on science and the environment, and his reporting has appeared in The New York Times, The Washington Post, BioScience, Archaeology, and The New Republic. He is Visiting Senior Research Scholar at the University of Richmond