by Shelley Alden Brooks, author of Big Sur: The Making of a Prized California Landscape 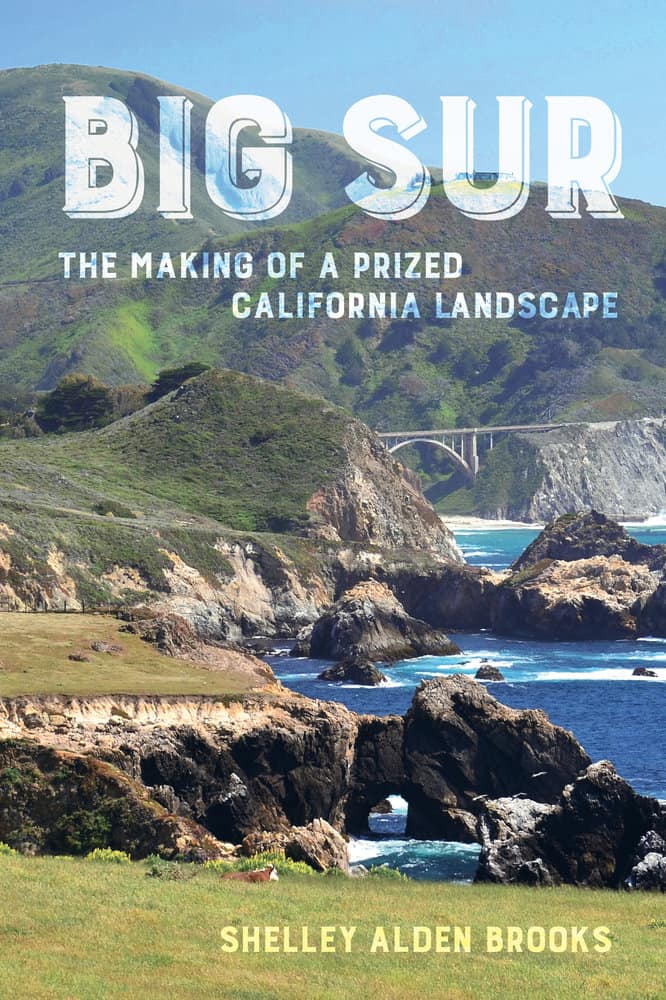 California’s world-famous coastline is integral to the state’s economy, to residents’ sense of well-being, and to the California Dream, but only since the 1970s has a groundswell of support emerged to protect this prized resource from spoliation. Alarm over rapid change along the coast, including its deterioration from residential and commercial development, disappearing wetlands, new marinas, and the proposed freeways and nuclear plants, catalyzed the people who had come to know the coast as the geographic “soul” of California. In 1976, the state legislature passed the Coastal Act to make permanent the California Coastal Commission, an agency created out of a ballot initiative passed four years earlier. The Coastal Commission’s efforts to guide sustainable coastal land use and increase coastal access have prompted support and appreciation from many Californians, as well as emulation from coastal governments around the country and the world. But there has also been pushback and resistance from the California industries, government officials, and private citizens who believe the Coastal Act gave the state agency too much power to regulate private property.

My book explores how locals in Big Sur (an exceptionally beautiful 75-mile stretch of California’s central coast) have worked alongside county and state officials to seek a balance between the priorities of preservation and property rights. Built into the parameters of Big Sur’s well-preserved scenery is an unusual conviction that preservation and habitation can be mutually supportive endeavors. In part this has been achieved because Monterey County and Big Sur residents began in the mid twentieth century to pioneer open-space planning, conservation easements, intergovernmental collaboration and citizen activism, and transfer development credits to accommodate the needs of Big Sur’s natural and human communities. But Big Sur’s unique status also derives from the mystique created by iconic writers such as Robinson Jeffers and Henry Miller who used their talents to showcase this unusual meeting of beauty and culture. Today, the name ‘Big Sur’ conjures up images of a place uniquely Californian, carved out of the geologic and cultural forces of which the state has a disproportionate share. While Big Sur’s well-preserved vistas and minimal development embody the Coastal Act’s mission, its high-end real estate and vacation homes reflect the steep social costs associated with preservation.

Big Sur, like any landscape, is not static; shifting economic realities and perceptions of nature’s worth can alter the place. Ansel Adams acknowledged this in 1980 when he unsuccessfully campaigned for a federal seashore. However, if the integrity of Big Sur’s Coastal Commission-approved land use plan is maintained, including the protection of Highway 1 as a two-lane road, minimal change will come to the built environment. But it is not so much the physical boundaries (though these are formidable) that prevent overdevelopment in Big Sur, as the social boundaries erected to preserve something unique along the California coast. Considerable momentum backs the commitment to Big Sur’s wild and storied land, and the status of both of these elements will continue to reveal a good deal about Californians’ relationship to their beloved coast.