by Laura Robson, author of States of Separation: Transfer, Partition, and the Making of the Modern Middle East

For years now, pundits and politicians alike have been tossing around the idea of drawing new borders in the Middle East as a “solution” to conflict there—first in Iraq following its descent into sectarian violence after the American invasion in 2003, and then in Syria following its own spiral into civil war in 2011. This much-repeated idea was trotted out yet again just this month, when Thomas Friedman of the New York Times wrote a column advocating the partition of Syria and the construction of some kind of semi-autonomous Sunni area—protected by an international military presence—as the “least bad solution” for an impossibly difficult problem.

Such proposals for ext

ernally enforced ethnic or sectarian partition in the Middle East—presumably involving at least some element of population transfer, given the demographic realities of Syrian population centers—have a long history, and an impeccable imperialist genealogy.

When British and French colonial administrations took over, respectively, Palestine and Iraq and Syria and Lebanon in the early 1920s, they did so in the context of furious challenges to nineteenth-century European imperialism from all directions. Nationalists from India to Ireland to Egypt marched in the streets against colonial rule; on the diplomatic stage, both Woodrow Wilson and Vladimir Lenin, from their radically disparate political platforms, denounced old-style imperial adventuring (although, of course, neither the American nor the Bolshevik state was interested in relinquishing its own extraterritorial claims).

In the Middle East, the idea of restructuring states around nationality, ethnicity, and sect emerged as a useful way to recast British and French imperial occupation as a kind of internationalist modernization. To that end, the British and French colonial authorities emphasized to both their new subjects and an international public that they were merely “mandatory” authorities, working under the supervision of the new League of Nations to create functional modern nation-states out of the old Ottoman Arab provinces. In conjunction with the League, they came up with a variety of plans for demographic engineering —communally conscious borders, forcible and coerced refugee resettlement, mass population transfers, and support for a European Jewish settler community in Palestine—that were designed to simultaneously offer a rationale for the British and French colonial presence and help control people and territory on the ground.

Ethnic engineering of this kind was useful at the levels of both international diplomacy and practical imperial governance. Even the resistance such plans engendered was valuable to colonial authorities; it served to reinforce the local and international case that external forces were necessary to keep order in such volatile regions, thus extending the life of these colonial occupations and defending the high levels of violence required to maintain them.

The contemporary resurrection of this concept serves the same purposes. It offers a rationale for a long-term American and European military presence in the Middle East under the guise of “protecting”—that is, creating and enforcing—ethnically and communally homogenous nation-states. The appeal of this idea lies in the way it turns failure to success: the more chaos and bloodshed results from such policies, the stronger the case becomes for an ongoing—perhaps permanent—administrative and military presence, internationalist in name but acting primarily in the economic, political, and strategic interests of the occupying powers.

Laura Robson is Associate Professor of Modern Middle Eastern History at Portland State University. She is the author of Colonialism and Christianity in Mandate Palestine and editor of Minorities and the Modern Arab World: New Perspectives.

The Mountains That Remade America
The Problem within Environmentalism 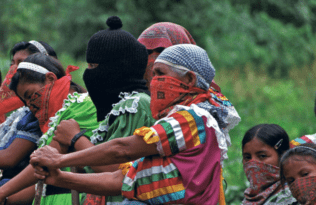 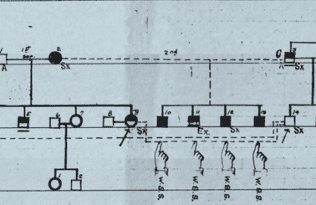