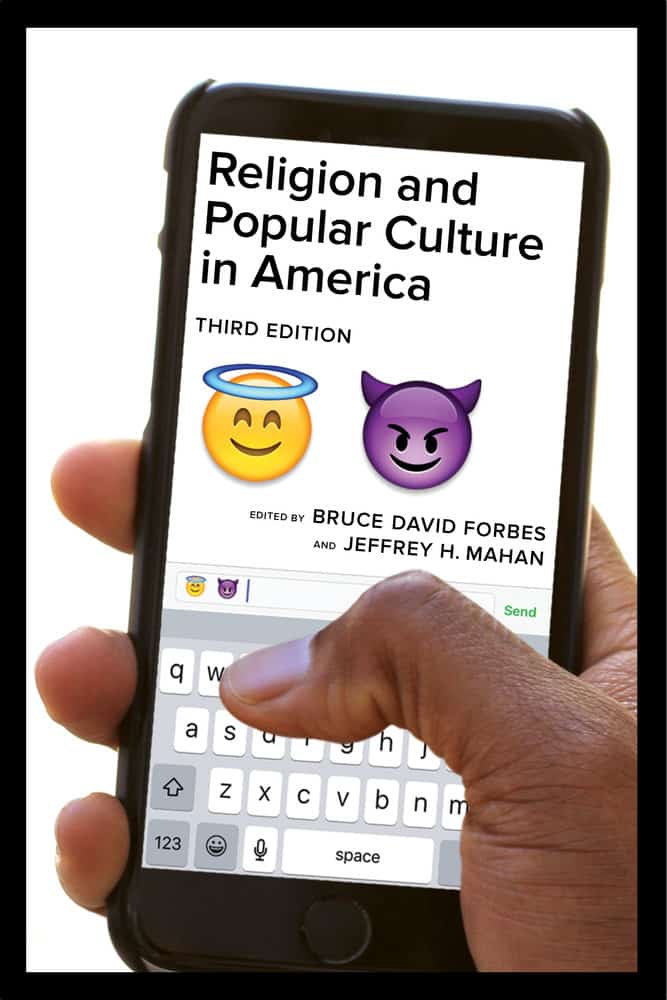 The campaign, election, and presidency of Donald Trump have received extensive analysis, especially political and demographic. When religion is considered, the dominant commentary has been about the substantial support supplied by white Christian evangelical voters. Yet there is also a more indirect, less obvious religious influence that might help explain Trump’s popularity. In Religion and Popular Culture in America, various authors explore four different relationships between religion and popular culture. One section on Popular Culture As Religion suggests that aspects of popular culture play roles often associated with traditional formal organized religions, providing meaning and values supported by rituals, symbol systems, and more.

The latest, third edition of our volume includes two new essays in this category about celebrity worship and about consumerism as religion, both of which seem particularly relevant in understanding the Trump phenomenon. In his essay, “Celebrity Worship as Parareligion,” ethnographer and practical theologian Pete Ward suggests that “celebrity represents a reformulation in fragmented form of the sacred.” In “A Religion of Shopping and Consumption,” Religious studies scholar Sarah McFarland Taylor examines assertions that the shopping mall has become a sacred space in a religion of consumption, that consumption itself comes to be seen as a center of meaning and value in the U.S. today. We might go further and wonder if portions of American evangelicalism have so integrated these cultural religions of celebrity and consumption that one of America’s most evident celebrity consumers seems simultaneously evangelical.

The point of this is not simply that consumerism and fascination with celebrities are pervasive in our society; even more, they are so deeply rooted and so strong that they might be seen as religious. Both of these aspects of American society provide partial, underlying factors in understanding the rise of Donald Trump, who was a public figure but ascended to more widespread recognition and celebrity as host of The Apprentice, and whose very public displays of wealth are an aspiration for many. One of the most basic principles of popular culture analysis is that popular culture both shapes us and reflects us, as a kind of feedback loop. Thus, they pertain not only to Donald Trump but to us all.

Bruce David Forbes is Professor of Religious Studies at Morningside College. He is the author of Christmas: A Candid History and America’s Favorite Holidays: Candid Histories.

Jeffrey H. Mahan holds the Ralph E. and Norma E. Peck Chair in Religion and Public Communication at the Iliff School of Theology. His books include Religion, Media, and Culture: An Introduction, Shared Wisdom, and American Television Genres.

Learn more about Religion and Popular Culture in America, view the table of contents, or request your exam copy.

CATEGORIES: From Our Authors, Politics, Religion

Celebrating National Poetry Month with Technicians of the Sacred
"Color-Blind Casting": Thomas Jefferson and the Erasure of the Black Past in Hamilton