by Laura Briggs, author of the forthcoming book How All Politics Became Reproductive Politics: From Welfare Reform to Foreclosure to Trump 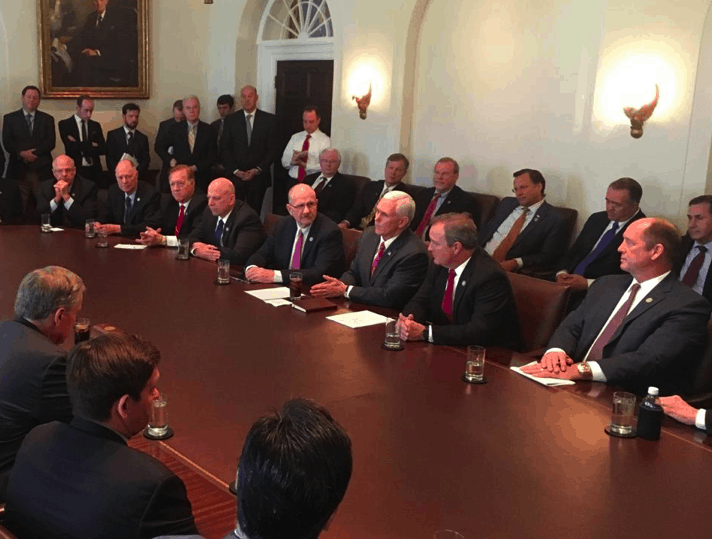 The Republicans seem determined to end the availability of basic sexual and reproductive health services. The Senate, by the thinnest of margins, just passed a bill now on the president’s desk that would allow states to defund Planned Parenthood. In many communities, Planned Parenthood is the only provider of abortion (for which federal funds already cannot be used), but also birth control, pregnancy tests, free or cheap condoms, HIV and STD testing, breast/chest exams, physical exams, and a host of other health services. If the Senate confirms one other Supreme Court justice (hardly a long shot, with Ruth Bader Ginsberg in poor health at 84), along with its confirmation of Neil Gorsuch, Roe v. Wade is likely to be overturned, throwing abortion back to the states to decide. The various versions of the Republican health bill that failed to replace Obamacare eliminated birth control coverage and sharply limited maternity care. Women, along with queer and trans folks, are firmly in the Republican sights.

What’s more, the GOP is loving the optics of white men controlling women’s reproduction. Old-school sexism is back, and it’s a political tactic to consolidate power on the right. It’s a risky strategy, because Republicans need the support of white women in particular to stay in power, a demographic that elected Trump and has leaned right in every presidential election since Bill Clinton’s. In the absence of a vigorous and effective feminist movement, though, it seems to be working.

It used to be tha 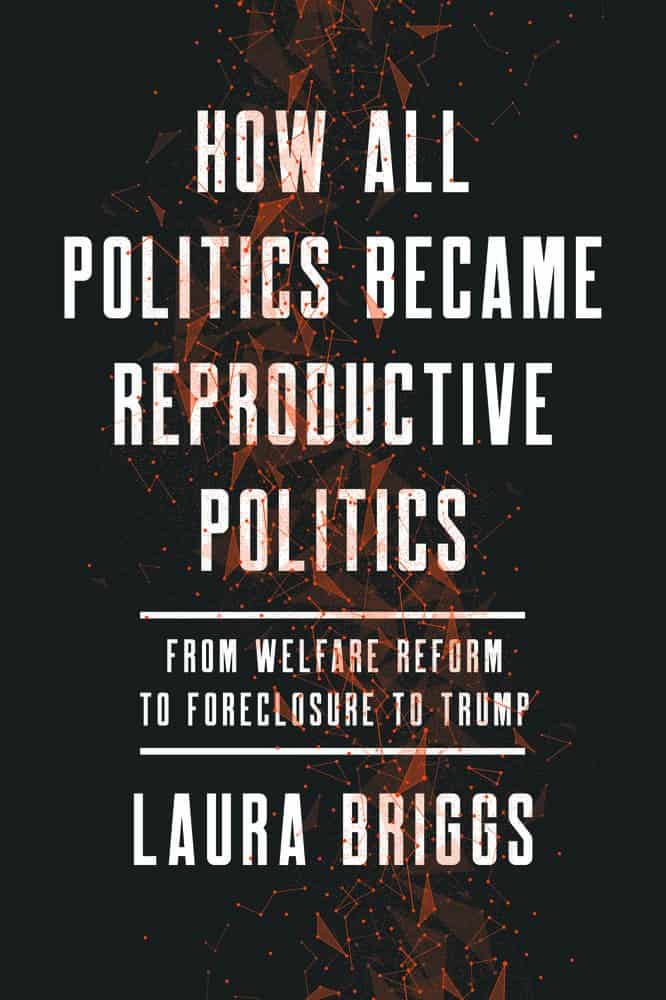 t if you wanted to rally the right-wing troops, your misogyny had to be racially coded to mostly exclude white women. In 1980, Ronald Reagan was elected by campaigning against fraud by (implicitly Black) “welfare queens.” Even though white women and children were those most likely to get benefits from AFDC, Reagan’s welfare queen in the pink Cadillac who cashed her checks at the liquor store played to every stereotype white people had about “inner city” Black folks, and this racist misogyny delighted his followers, who loved to hate Black women. In 1994, California Governor Pete Wilson and anti-immigrant activists showed how very useful it could be to hate undocumented immigrant women, and a Proposition 187 campaign targeted all those pregnant women crossing the border, sucking up resources for prenatal care and then demanding seats in public schools for their children. Although 187 was ultimately defeated in court, it won with 59% of the vote, and set off a new wave of immigrant criminalization, detention, and deportation under the Clinton administration that has grown steadily since.

There have been signs for years that white women might be next. The religious right has been trying to prevent all women, regardless of race, from getting abortion or birth control, a “war on women” effort that clearly challenged the white exemption. Campaigns for “conscience clauses” that would allow pharmacists to avoid filling prescriptions for birth control have been making it very hard to get, especially in smaller towns in the South, where there may only be one pharmacy. So-called “TRAP laws”—targeted regulation of abortion providers—have multiplied in recent years, trying to put onerous restrictions on abortion clinics that would ultimately drive them out of business. Although last year’s Whole Women’s Health case seemed to put some limits on this strategy—the Supreme Court ruled that laws affecting clinics had to have some rational relationship to women’s health—countless abortion clinics have already been shut down. In a case that Neil Gorsuch had a bite at as a Circuit Court judge, Hobby Lobby further restricted access to birth control by insisting that corporations could have religious beliefs, and those beliefs might prevent them from allowing women to get birth control on their health insurance—though not, apparently, with their salaries.

While anti-abortion campaigns have always been couched in terms of concern about the fetus, I’ve never found these arguments persuasive. Virtually all regulation of abortion leaves open exceptions for rape and incest—that is to say, when women are “innocent” of wanting to have sex. If abortion opponents really believed that the procedure was murder, the conditions of conception wouldn’t matter—murder is always murder. But leaving the door open to these exceptions makes the purpose plain: it’s about regulating women, who are always guilty if they open their legs, and pregnancy is their punishment. If there was any doubt that this was so, the regulation of birth control makes it explicit. Women who have sex and get pregnant will raise any resulting children, whether they want to or not.

The Trump administration has taken this kind of pro-natalist control of women to the next level. One of its opening moves (alongside the ill-fated Muslim travel ban and the successful effort to restart the Dakota Access Pipeline) was to sign and expand the global gag rule, flanked by a coterie of smiling white men. More recently, Mike Pence tweeted out a photo with the same optics—a meeting with an all-white, all-male Republican “Freedom Caucus” about removing maternity coverage from the proposed replacement for the Affordable Care Act. A smart analysis by Jill Filipovic made a terrifying point: this wasn’t a gaffe. This was deliberate, a strategy to whip up Republican male support for the bill. After running a campaign of aggrieved white masculinity—white men can’t count on all the good jobs anymore, throw the immigrants out and punish “the blacks” and Native people—the Trump administration is governing through explicit racism and out-and-out misogyny.

In How All Politics Became Reproductive Politics, I argue that the systematic dismantling of the social safety net—government support for families, households, and communities—of the past half-century was accomplished in significant part through holding up certain women for fear and loathing: single Black mothers as “welfare queens” and immigrant women with children as unfairly taking public benefits. The primary beneficiaries of this change were business—the largest employers after welfare reform were Walmart and the fast-food industry, paying starvation wages and offering no benefits. We have lived this political and economic realignment as ever-more stressed households and families, whether middle-class women postponing childbearing until after a long period of education and getting established in a job or queer folks seeking same-sex marriage to try to contort complex households into the shape of a “nuclear family” to replace a disappearing social safety net. The subprime lending crisis had the same dynamics: high-interest loans that disproportionately targeted unmarried Black and Latinx parents, regardless of whether they were eligible for better loans. Efforts to demand a bailout after Wall Street brought down the economy with predatory loans slammed into the Tea Party, born in a rant about “losers’ mortgages.” Again, racism and misogyny provided the political fodder to consolidate the power of Wall Street and exploitative business practices while curbing the redistributive power of government to even minimally correct the extractive power of the 1%, while mobilizing white voters (women and men) to keep Republicans in power.

While all of these kinds of misogyny have clearly affected white people, it’s been a while since they targeted white women as such, or better, targeted women broadly without focusing narrowly on women of color. The inability to prevent unwanted pregnancy clearly keeps women (heterosexual or not; rape is a great equalizer, affecting transmen as well) out of the halls of power and facing an increased likelihood of being fired, laid off or underemployed. Some of the new measures around abortion emerging in the current moment make it even clearer than usual that these controversies are fundamentally about whether women get to be full citizens and control their bodies. One proposed law in Iowa, for example, allows the parents of adult unmarried women to make abortion decisions for her. As Tina Fey recently said during an ACLU fundraiser, in remarks addressed to white women (the majority of whom voted Republican in the last election): the Trump administration is coming after you next. “You can’t look away because it doesn’t affect you this minute, but it’s going to affect you eventually.”

Laura Briggs is Professor and Chair of the Women, Gender, and Sexuality Studies department at the University of Massachusetts Amherst and an internationally known historian of reproductive politics. She is the author of several books on gender and empire, including Reproducing Empire: Race, Sex, Science, and U.S. Imperialism in Puerto Rico and, most recently, Somebody’s Children: The Politics of Transracial and Transnational Adoption. She also serves as an editor for the University of California Press American Crossroads series. Her forthcoming book How All Politics Became Reproductive Politics publishes September 2017.