By Susan Starr Sered, co-author of Uninsured in America and Can’t Catch a Break

In recognition of Women’s History Month, this post is republished with permission from the author. #RepealAndReplace #WomensHistoryMonth

The Republican plan to eliminate or change substantial portions of the Affordable Care Act is likely to have a disproportionately deleterious impact on women. This is why.

Women compared to men use more medical services and spend more on health care. Thus, any reduction in government support for health care will affect women more than men. 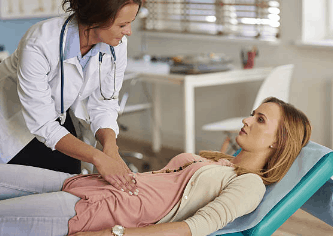 Women make more visits each year to primary care physicians than do men and are more likely than men to take at least one prescription drug on a daily basis.  According to the Health Care Cost Institute, “In 2015, spending was $5,684 per woman and $4,581 per man. …  From 2012 to 2015, the difference in spending between genders rose from $1,071 per capita to $1,103 per capita.  Per capita spending for women was higher than for men on every type of service, except brand prescriptions.”

Given women’s higher healthcare needs, the ACA protected women by requiring all plans to meet a minimum level of coverage that includes a basic basket of necessary services. The Trump administration has announced that they will reduce the price of premiums so that Americans can have more “choice” to select less expensive insurance.  Less expensive insurance typically covers less, which disproportionately hurts people who have need of more medical services. Lower premiums also may come with higher annual deductibles, meaning that people need to spend a large sum of money out-of-pocket before insurance will pay. Again, this places a particularly heavy burden on people who need more healthcare services.

In particular, women are more likely than men to suffer mental health challenges and women make substantially greater use of mental health services. Beginning in 2020, the GOP plan would eliminate the current requirement that Medicaid cover basic mental-health and addiction services. This roll back of mental health parity requirements will disproportionately hurt women.

Women are less able than men to afford health care.

According to the Department of Labor, women earn less than men. In 2014, for example, women who worked full time in wage and salary jobs had median usual weekly earnings of $719, which was 83 percent of men’s median weekly earnings ($871).

The Republican plan emphasizes tax credits and health savings accounts, both of which are irrelevant to low-income Americans.

According to the Department of Labor, women are more likely than men to be among the working poor. This is the group that has the most to lose with the Republican plan to decrease subsidies and eventually eliminate the Medicaid expansion. 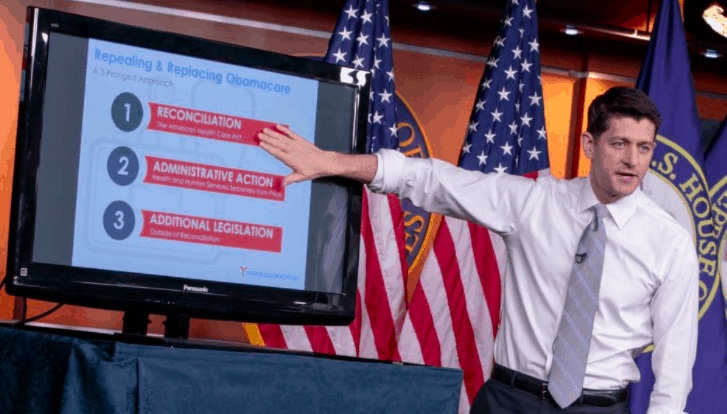 The ethos of suspicion directed at Medicaid recipients will further hurt women. For example, the Republican plan requires states to re-determine Medicaid eligibilities “no less frequently than every six months.” Given that women bear the greater share of responsibility for arranging health care in American households, the need to frequently recertify eligibility will place an increased time burden on women to keep track and show evidence of eligibility.

Near elderly women are at particular risk of losing coverage under the Republican plan.

Women are less likely than men to be insured through their own job (35% vs. 44% respectively) and more likely to be covered as a dependent (24% vs. 16%), a disparity that reflects the fact that women are more likely than men to work at part-time jobs in order to carry out duties as primary caregivers for children, sick and disabled family members, and elderly parents.

At the same time, many American women are married to men who are slightly or significantly older than they. This means that when the husband retires and becomes eligible for Medicare, the wife loses the “dependent” coverage she had while her husband was employed, but she herself will not yet be Medicare eligible.

This age group has particularly high healthcare needs that may become exacerbated while waiting for Medicare eligibility.

Under the A.C.A., plans can charge their oldest customers only three times the prices charged to the youngest ones. The Republican plan allows insurers to charge older customers five times as much as younger ones and gives states the option to set their own ratio.

The Republican plan singles out Planned Parenthood, prohibiting federal funding for Planned Parenthood for one year beginning with the enactment of the law. This will have a disproportionately negative impact on women.

Two and a half million women and men in the United States annually visit Planned Parenthood affiliate health centers for a variety of healthcare services. Most of these people are women who would stand to lose a wide range of primary healthcare services including, but not limited to, contraception.

Under the Republican plan, qualified health plans cannot include abortion coverage except for pregnancies that present life-threatening physical risks (not mental health risks) and pregnancies that resulted from rape or incest.

This provision not only reduces access to a needed medical procedure, but it also seems to require some sort of process for determining whether a pregnancy is life-threatening or confirming that a pregnancy is a result of rape or incest. This potentially could force women to prove (to the satisfaction of an insurance company) that she indeed was raped, and it certainly would delay performing the abortion – a delay that in and of itself presents health risks to women.

The Republican plan does allow insurance to pay to treat “any infection, injury, disease or disorder that has been caused or exacerbated by the performance of an abortion.” Since legal abortions performed by a qualified medical provider in a suitable medical setting are extremely safe, this provision seems to be set up for women who have resorted to “backstreet” abortions. While it is unlikely that the plan’s intent is to encourage illicit abortions, this provision seems to acknowledge that an increase in unsafe abortions may be a consequence of the plan.

This analysis was prepared by Susan Sered on March 8, 2017. Healthcare legislation currently is highly volatile with many changes proposed. Stay tuned – I will come back and update this analysis as more information becomes available.

Susan Starr Sered is Professor of Sociology and Senior Researcher at the Center for Women’s Health and Human Rights at Suffolk University in Boston. She is the author of Uninsured in America: Life and Death in the Land of Opportunity and Can’t Catch a Break: Gender, Jail, Drugs, and the Limits of Personal Responsibility. Read more on Susan’s blog at http://susan.sered.name/blog/.