As musicologists gather in Montreal for the Society for American Music conference, UC Press’s music journals are pleased to make select content available to non-subscribers for a limited time. Please enjoy our #AmMusic17 offerings from the Journal of the American Musicological Society, the Journal of Musicology, Music Perception, and 19th-Century Music.

Film Scholars gathering in Chicago for the annual meeting of the Society for Cinema and Media Studies will also find some articles of interest in the offerings below and should see our separate post with offerings from Film Quarterly and Feminist Media Histories.

The Journal of the American Musicological Society is proud to have been the recipient of six Irving Lowens Article Awards from the Society for American Music since 1997. Read these articles for free through the end of March:

Louis Armstrong, Eccentric Dance, and the Evolution of Jazz on the Eve of Swing
Brian Harker
Vol. 61 No. 1, Spring 2008

The Early Life and Career of the “Black Patti”: The Odyssey of an African American Singer in the Late Nineteenth Century
John Graziano
Vol. 53 No. 3, Autumn, 2000

The Journal of Musicology is pleased to make the following articles, which look at various aspects of American music (including an article on Irving Berlin’s Holiday Inn) free through the end of March:

University Geographies and Folk Music Landscapes: Students and Local Folksingers at the University of Illinois at Urbana-Champaign, 1961–1964
David K. Blake
Vol. 33 No. 1, Winter 2016 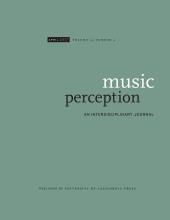 Viewers’ Interpretations of Film Characters’ Emotions: Effects of Presenting Film Music Before or After a Character is Shown
Siu-Lan Tan, Matthew P. Spackman, Matthew A. Bezdek
Vol. 25 No. 2, December 2007

Rhythm in the Speech and Music of Jazz and Riddim Musicians
Angela C. Carpenter, Andrea G. Levitt
Vol. 34 No. 1, September 2016 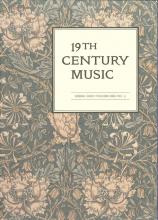 19th-Century Music celebrates #AmMusic17 and #SCMS17 by offering a selection of articles on American film music. As with the articles above, you can read the following for free through the end of the month:

Listening to the Self: The Shawshank Redemption and the Technology of Music
Daniel K. L. Chua
Vol. 34 No. 3, Spring 2011

Cinema & Soundtracks: FMH and FQ Celebrate #SCMS17
Why Do Some Countries Disapprove of Homosexuality? Money, Democracy and Religion

Journal of Sound and Music in Games Publishes First Issue