The multimedia exhibition State of Exception/Estado de Excepción, on display at New York’s Sheila C. Johnson Design Center at the Parsons School of Design through April 17th (check out the stellar review from Holland Cotter that appeared in March 3rd’s New York Times), presents traces of the human experience—objects left behind in the desert by undocumented migrants on their journey into the U.S. and other forms of data, all collected as part of the research of University of Michigan anthropologist Jason De León’s Undocumented Migration Project, as well as the basis for his 2015 book, The Land of Open Graves: Living and Dying on the Migrant Trail. 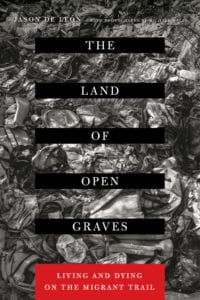 De León sees the materials as fragments of a history, revealing death, trauma, and suffering on both sides of the border while bringing to light complexities of the migrant experience. 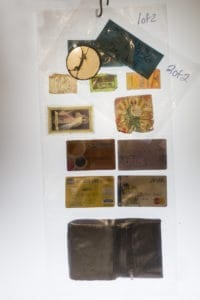 This exhibition, created by artist/photographer Richard Barnes and artist/curator Amanda Krugliak in collaboration with anthropologist De León, includes an installation of hundreds of backpacks left behind by migrants crossing the Arizona desert as well as numerous pieces of clothing and ephemera, and video images created by Richard Barnes on location along the Mexico-United States border. The installation also includes excerpts of original recordings of audio interviews with migrants, all part of De León’s work. 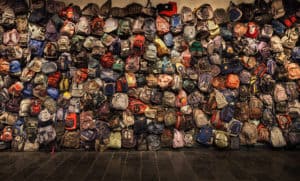 In the many years now since Jason De León and his team commenced this research, State of Exception/Estado de Excepción has continued to evolve, constantly updated to reflect De León’s findings, the ongoing public debate around immigration, as well as the continuous efforts towards immigration reform, and inevitable backlash.  Now, more than ever, in the aftermath of a presidential campaign that fed off anti-immigrant and xenophobic rhetoric, it is absolutely critical to look deeper into the migrant experience and raise questions as to what the future may hold for the thousands of people fleeing dire poverty, drug cartel violence, and political instability to the south. 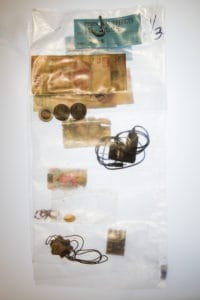 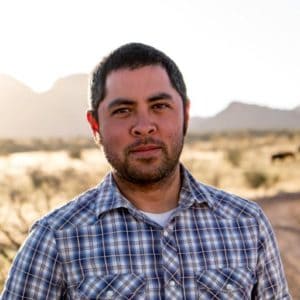 Jason De León is Assistant Professor of Anthropology at the University of Michigan and Director of the Undocumented Migration Project, a long-term anthropological study of clandestine border crossings between Mexico and the United States. His academic work has been featured in numerous media outlets, including National Public Radio, the New York Times Magazine, Al Jazeera magazine, The Huffington Post, and Vice magazine. In 2013, De León was named a National Geographic Emerging Explorer. His book The Land of Open Graves is the recipient of the 2016 Margaret Mead Award from the American Anthropological Association and the Society for Applied Anthropology.