By Valerie Stoker, author of Polemics and Patronage in the City of Victory: Vyasatirtha, Hindu Sectarianism, and the Sixteenth-Century Vijayanagara Court 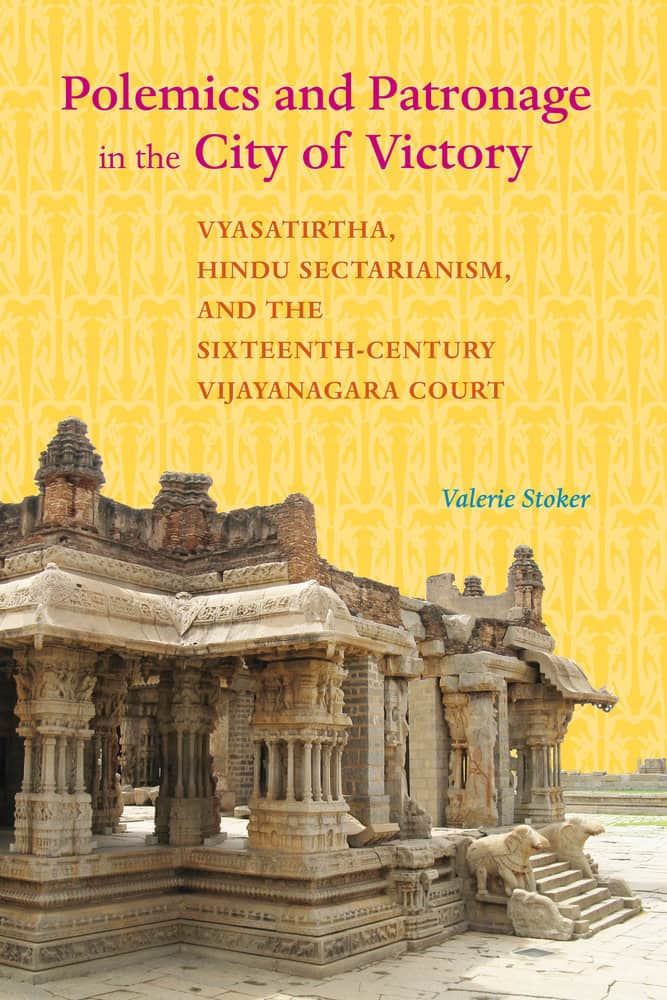 The fall of 2016 was an interesting time to publish a book on the relationship between religion, identity, and politics. As we know, the United States elected a president in November who ran on an openly Islamophobic platform and who, within the first weeks of his administration, has made dramatic changes to American immigration policy.

Trump’s election is part of a general 21st-century wave of resurgent nationalism, populism, militarism, and religious and ideological conflict that are responses to broader social and economic change. My book, Polemics and Patronage in the City of Victory, looks at a time and place quite removed from our contemporary lives: the South Indian empire of Vijayanagara in the early 1500s. But, not unlike recent reality, this empire was marked by high levels of immigration, foreign trade, a rapidly changing economy, and new patterns of religious, ethnic, and linguistic diversity. Much as in today’s world, these changes generated both anxiety and opportunity. I wrote this book in part to elucidate how Vijayanagara’s leaders managed these changes and what impact this management had on traditional social units like Hindu monasteries. How did people understand the differences between themselves and others and how did the machinations of the state affect these processes of identity formation?

To explore these issues, my research focused on the relationship between the Vijayanagara Empire’s most famous king, Kṛṣṇadevarāya, and the Hindu monastic leader, Vyāsatīrtha. In the field of Indian religious history, Vyāsatīrtha is best known as a sectarian polemicist who wrote several texts devoted solely to criticizing the views of rival religious traditions. But my work shows that he was also an agent of the Vijayanagara state who worked closely with rival religious communities on projects that helped Kṛṣṇadevarāya expand the state’s functional apparatus. This type of collaboration between religious rivals, who were often also linguistically and regionally distinct, was something the Vijayanagara court actively patronized for many reasons. Such collaboration created cosmopolitan nodes throughout the empire that became hot-beds of economic activity as well as cultural and intellectual exchange. My book re-reads Vyāsatīrtha’s polemical works as an attempt, not solely to criticize other systems of thought, but to engage with them in order to clarify both the boundaries and commonalities between different religious traditions. I argue that this very clarity provided the basis for successful collaboration in daily life.

Thus, by creating a religious cosmopolitanism that was inextricably linked to a variety of practical endeavors, Kṛṣṇadevarāya and his agents shaped a social environment that not only avoided religiously based conflict but supported socio-economic mobility in highly diverse settings. Of course, not everyone flourished within this framework. Because the Vijayanagara court’s patronage was selective, it was also exclusive. And there was plenty of militarism in Vijayanagara statecraft, directed both at rival polities to the north and recalcitrant groups within the empire. Nevertheless, the approach of the sixteenth-century Vijayanagara court to ideological and other differences provides a striking contrast to today’s political rhetoric and reminds us of the value in studying India’s past.

Polemics and Patronage in the City of Victory is currently available as a free, open access eBook as part of our Luminos program. Read it online now.

The Problem of Women in Early Modern Japan
Elementa: Science of the Anthropocene Call for Papers: Sustainability Transitions