by George Dutton, author of A Vietnamese Moses: Philiphê Binh and the Geographies of Early Modern Catholicism 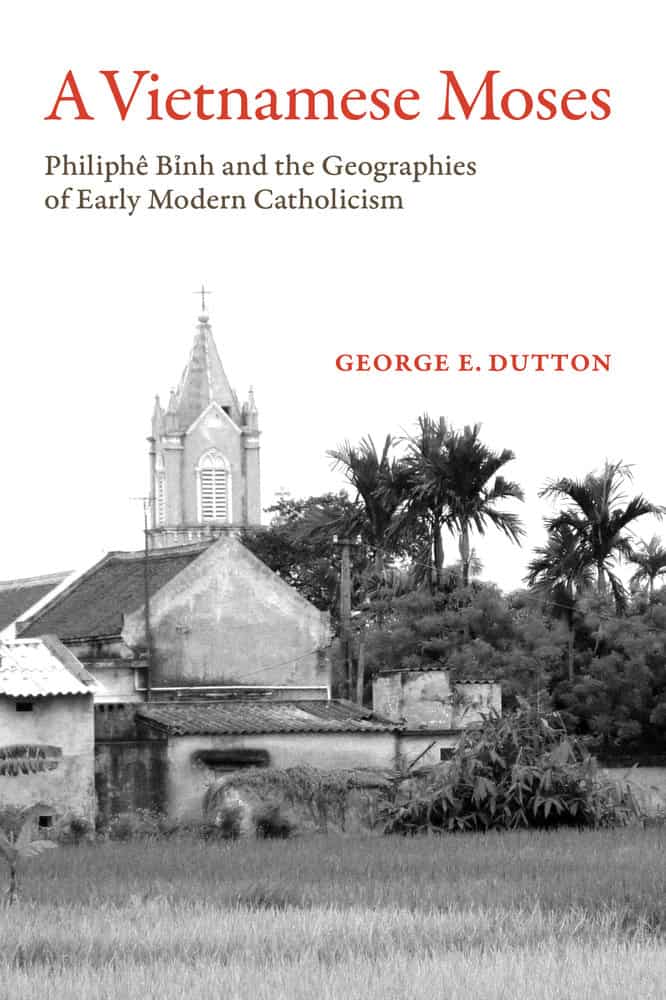 In the second decade of the twenty-first century it has become a truism that we have finally entered the era of the “globalized.” It takes little effort for historians to produce a wide range of evidence to suggest that this is not the case, and that the phenomenon of “globalization” is one found already in the ancient worlds. This is particularly true with respect to the various “world religions” that emerged between the 5th century BCE and the 7th century CE, each of which gradually, and occasionally rapidly, travelled to distant corners of the globe. A particularly good example is Roman Catholicism, whose initial spread was relatively modest, but which then took advantage of the sailing ships of the “Age of Discovery” to span the globe. Unlike the other world religions, Catholicism has developed an elaborated ecclesiastical hierarchy that reaches around the world with implications for local Christian communities.

Over the course of the sixteenth and seventeenth centuries, agents of the Christian church reached the farthest corners of Asia and slowly built up communities of local Catholics. One of these groupings was founded in the coastal reaches of the Red River in the northern part of what is today Vietnam, and was then often called Tonkin. Initiated by Portuguese Jesuits, this community of Catholics grew to several hundred thousand in less than half a century. These mission fields soon drew the attention of other orders – Franciscans, Dominicans, Augustinians, and secular mission societies – and priests from a range of nations – Italy, France, Germany, Spain, Ireland, among others.

The Christians in coastal Tonkin found themselves both served by the European priests that were in their midst, and profoundly shaped by ecclesiastical conflicts and decisions emanating from the Catholic centers of power in Rome and the Iberian Peninsula. While local Christians experienced a substantial measure of autonomy imparted by distance and the logistics of communication, they were still subject to church politics in Europe. Thus, the papal recall of all Jesuits priests in Tonkin in 1678 sent shockwaves through the community. The order to divide Tonkin into two vicariates that same year further shook the local Catholic communities, who found themselves now experiencing elements of their faith in ways shaped by differentiated approaches to ritual and emphasis. A century later the formal dissolution of the entire Jesuit Order in 1773 further rattled Tonkinese Catholics, now finding themselves subject to new ecclesiastical leadership whose dictates and expectations were often at variance with their long-standing traditions.

While those loyal to the deep rooted Portuguese Jesuit tradition defied their new overseers, this was not sustainable and in 1796 they dispatched one of their own, the recently ordained Vietnamese priest, Father Philiphê Binh, to Portugal on their behalf. This community understood the global forces of Catholicism, and the nuances of its politics. They became active participants in defense of their traditions and sending their emissary to Europe was an indication of their engagement in the church politics of the period. Vietnamese Catholics recognized, far more than most Vietnamese, the degree to which they themselves lived in an era of “globalization.” What happened beyond their borders in remote political capitals had profound and measurable impacts upon both their material and spiritual lives.

Father Binh’s emergence as a priest and representative of his community on a journey half way around the world to defend its spiritual traditions is the subject of my book. While in substantial measure it is the story of a particular man and the complex contours of his life, it is also very much a tale of the ways in which eighteenth-century religious globalization had profound repercussions for Catholics in Tonkin. It is thus a reminder that peoples in seemingly remote corners of the globe were already then active participants in a world where the reach of ideas and politics was no less extensive than in the twenty-first century, even if it travelled at the speed of sailing ships rather than fiber optics.

George E. Dutton is Professor of Vietnamese History in the Department of Asian Languages and Cultures and Director of the Center for Southeast Asian Studies at the University of California, Los Angeles.

A Vietnamese Moses is currently available as a free, open access eBook as part of our Luminos program. Read it online now.