By Victor Tan Chen, author of Cut Loose: Jobless and Hopeless in an Unfair Economy

While there are many reasons why Donald Trump won the election, it’s clear that the movement of the white working class away from the Democratic Party had something to do with it. Given that this demographic seems to have put Trump over the top in the Electoral College, what do we expect his administration’s policies to do for this group—and for the working class (which, importantly, is increasingly nonwhite) more broadly? 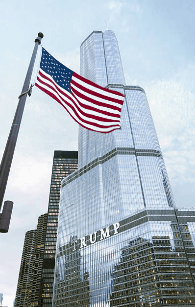 First, his proposed tax plan will dramatically increase income inequality in this country. It will be a windfall for elites—particularly the richest 0.1%, America’s corporate executives and Wall Street financiers—who already have rewritten the rules of the economic game to favor them. Meanwhile, it will punish millions of low-income and single-parent families by stripping away some of their tax deductions. (Ironically, the white working class that broke decisively for Trump has been increasingly falling into this latter camp.)

Second, labor unions—historically, a voice for ordinary workers and an engine of greater economic equality—will take a hit. The Republican Party will accelerate its nationwide push to enact state “right to work” laws—which, shockingly, now hold sway in states where unions once thrived, like Michigan. They will likely put forward a national version of “right to work.” Trump’s Supreme Court appointee will hold the decisive vote in the coming court battle over efforts to further weaken public-sector unions, whose growth in recent decades has been a rare bright spot for organized labor in this country. The person he chooses will undoubtedly side with the rest of the conservative majority to allow nonmembers to freeride—partake of the benefits won by these unions without contributing anything from their paychecks in return. As I argue in my book, labor unions were essential in creating the “moral economy” that reigned in America in the years after World War II, when workers without much in the way of education could organize, collectively bargain for high wages, and persuasively lobby for pro-worker policies—in the process, securing a degree of middle-class prosperity. Further declines in union membership and government social spending will also erode the institutional foundations of a valuable support and retraining system that today’s workers will sorely need if they are to adapt to a quickly changing economic landscape. 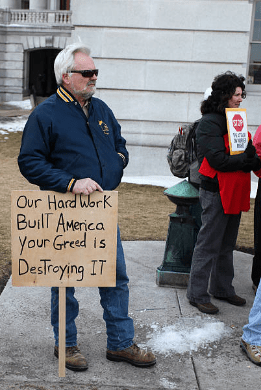 On the other hand, Trump’s efforts to shame companies into keeping jobs in America could bear fruit. One of the problems that American workers face is that norms among business leaders have changed, so that not only is extravagant executive compensation no longer seen as unseemly, but downsizing, outsourcing, and offshoring have become standard operating procedures. The presidential bully pulpit can be a potent weapon—as abrupt changes in norms about gay marriage following Obama’s about-face on this issue showed. In a similar vein, it is conceivable that Trump’s in-your-face approach to foreign affairs will give the administration some leverage in future negotiations over global trade deals. All this said, I am generally pessimistic about Trump’s ability to win back many of the good manufacturing jobs that have been lost to trade—mainly because automation has eliminated even more of those jobs. Technological change, and not foreign competition, seems to be the chief threat moving forward, with even middle-class jobs for well-educated workers likely to be automated away in the years ahead. But any comprehensive strategy to deal with the potentially massive net loss of jobs—such as enacting a universal basic income—will get no traction in a Republican-controlled Congress. Likewise, America’s trading partners now hold a stronger hand than they did when deals like NAFTA were brokered. Within this changing world order, trade wars are not likely to turn out well for the US economy. 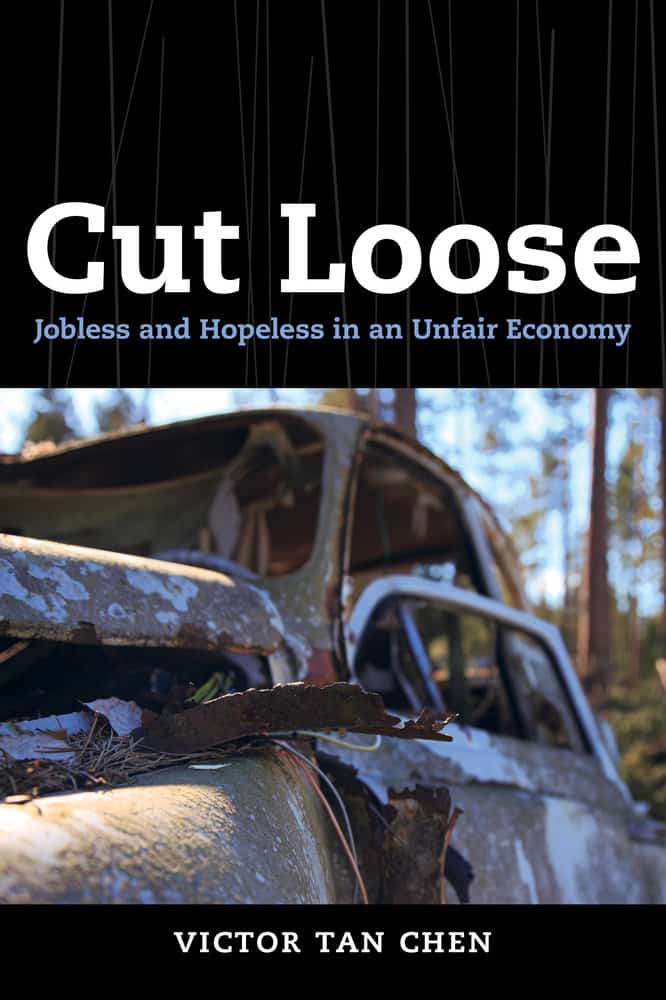 In my book, I argue that a crucial reason that unemployed Canadian workers do not fare as poorly as their American counterparts is the single-payer healthcare system up north—which means that an unexpected trip to the hospital, for instance, won’t saddle them with a hefty bill. (Surviving without a job often amounts to having the luck to avoid these sudden income shocks—and health insurance, by definition, insures against those shocks.) With Trump in the presidency, I’m less sanguine than many commentators are that Obamacare can survive in any substantial form. Without the need to overturn a presidential veto, Republican lawmakers can pursue a variety of strategies to either roll back its various measures or indirectly starve them of funding. Of course, some Republicans are having cold feet at the moment about taking away the insurance of millions of Americans. But gerrymandered congressional districts mean that many of them won’t pay much of a political price for their votes, and in any case the ideological extremism of today’s Republican Party is such that fear of being primaried from the right will likely outweigh fear of any general-election backlash.

The conclusion of my book makes the case for a politics of grace—a push, led by social movements, to move society away from the unrelenting and unforgiving culture of success and status-seeking that now prevails, and that debases the self-worth of the working class above all. Unfortunately, the Trump administration will likely advance the exact opposite set of values: a politics of vengeance and domination. Short-fused, mercurial, and unable to control his fury over the tiniest slights, Trump seems driven more by a desire to settle scores with those who oppose him than any core ideological commitments. In his pronouncements from the bully pulpit, he has made it clear that he is about America “winning”—as he personally, through his attainment of extravagant wealth and fame, believes he has done. But the pursuit of a Trumpian American dream of materialism and self-interest will take us even farther from the civic-minded ideals of the early republic. As rising inequality stamps out opportunities for rags-to-riches stories of success, and the Trump administration’s promises to working people prove to be worthless, that narrow dream of national greatness may, in fact, take on another, darker meaning: as George Carlin put it, “It’s called the American dream ’cause you have to be asleep to believe it.”

Victor Tan Chen is Assistant Professor of Sociology at Virginia Commonwealth University and the founding editor of In the Fray magazine. He is the coauthor, with Katherine S. Newman, of The Missing Class: Portraits of the Near Poor in America. 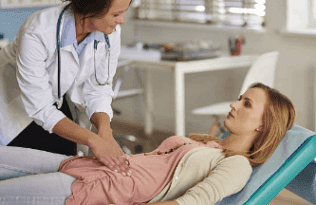