by Sharon Hecker, author of A Moment’s Monument: Medardo Rosso and the International Origins of Modern Sculpture

The sculptor Medardo Rosso (1858–1928) liked to tell people he was born on a train, for he did not feel attached to any single country or national heritage either in his life or his art. Rosso’ sculpture was extraordinary in its anti-monumental and anti-heroic approach, presenting a modern, alienated yet deep feeling for interactions between self and other. His art was also transnational: he refused allegiance to a single culture or artistic heritage, declaring himself a citizen of the world and maker of art without national limits.

Born and raised in Italy, Rosso spent three decades in Paris, where he made highly advanced, experimental sculptures, but struggled as a foreign artist trying to make a name for himself in a city dominated by the overwhelming artistic and personal presence of Rodin. In his time, he was hailed as both the founder of Impressionist sculpture and the forefather of Futurism. Auguste Rodin, Umberto Boccioni, Constantin Brancusi, Alberto Giacometti, and Henry Moore admired his revolutionary ideas. Rosso continues to inspire contemporary artists such as Tony Cragg and movements like Arte Povera, and his sculptures are held in more than one hundred museums and collections around the world. He remains today one of the most original figures in the history of modern art. 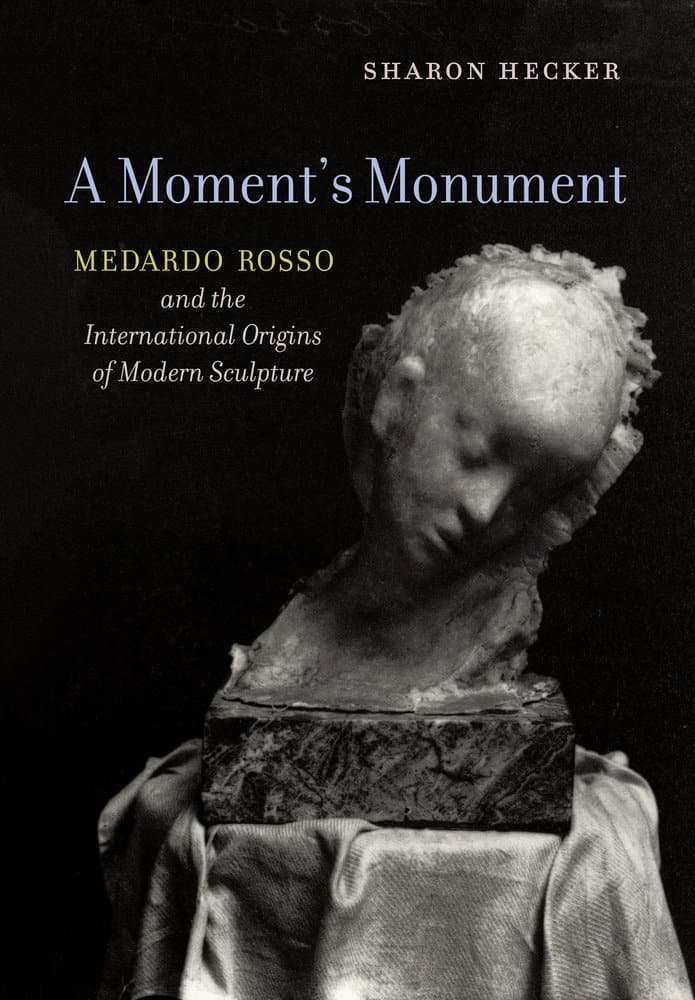 A Moment’s Monument is the first historically substantiated, critical account of this innovative sculptor, who also made highly experimental photographs and drawings. I show that as a cosmopolitan, Rosso felt at ease circulating among several communities. He became a key figure in the transition from the traditional forms of sculpture that persisted throughout the nineteenth century to the experimental forms that developed in the twentieth. The radical ways in which he promoted his work by creatively using the newest advances in photography and unorthodox exhibition strategies foreshadowed countless practices that became part of the vocabulary of modern art.

My book reshapes the Franco-centered view of the origin and development of modern sculpture to include the contributions of artists from other nationalities such as Rosso.

I develop an alternative narrative to the one regularly told, in which Rodin plays the role of lone heroic innovator. I offer an original way to comprehend Rosso, negotiating the competing cultural imperatives of nationalism and internationalism that shaped the European art world at the fin de siècle.

Sharon Hecker is an art historian specializing in Italian modern and contemporary art. Based in Los Angeles and Milan, she has published extensively on Medardo Rosso, Lucio Fontana, and Luciano Fabro. Her publications include Medardo Rosso: Second Impressions.

Hecker co-curated an exhibition of Medardo Rosso’s work which is currently on view through May 13, 2017 at the Pulitzer Arts Foundation in St. Louis, MO. Watch a video about the show to learn more. It is also reviewed in the Wall Street Journal and The New Criterion.