by Steven Weitzman and Sylvester Johnson, editors of The FBI and Religion: Faith and National Security Before and After 9/11

James B. Comey wants you to know 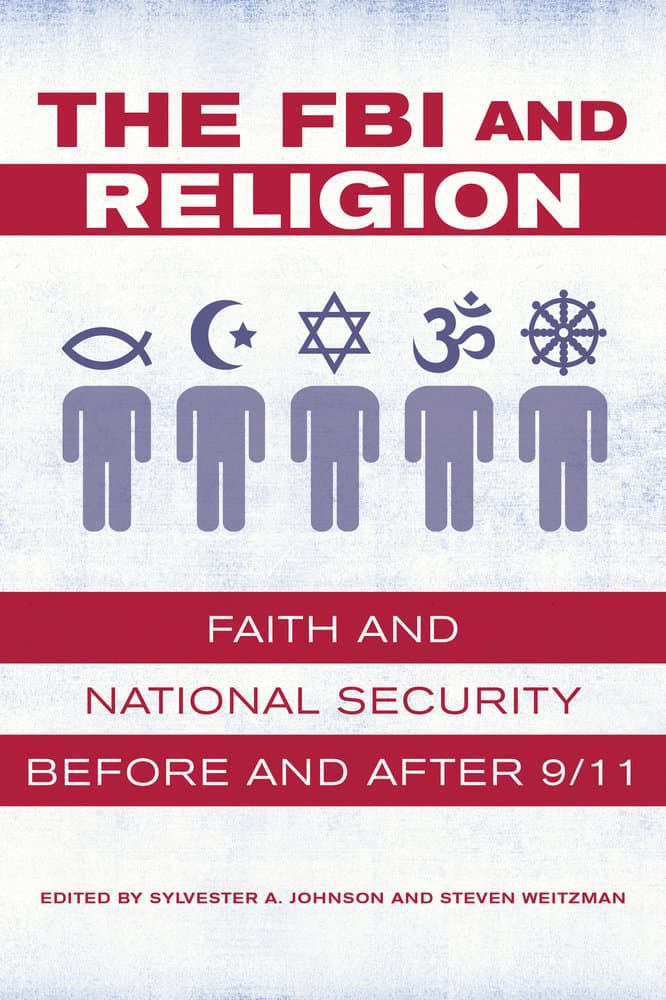 that the FBI he directs learns from its mistakes.

In 2014, director Comey instituted an effort to do just that, a program meant to help FBI agents and analysts learn from one of the more shameful episodes in FBI history—the effort by former director J. Edgar Hoover to destroy Martin Luther King, Jr. Fueled by Hoover’s suspicion that MLK was a communist, the FBI undertook a scandalous campaign of surveillance and harassment, going so far as to send the civil rights leader an anonymous letter that seems to call on him to kill himself.

Comey’s efforts were born of a resolve not to let this kind of mistake happen again. He has spoken of how he keeps a copy of the memo authorizing the King surveillance on his desk as a reminder of “why it is vital that power. . . be constrained.” The program he initiated is meant to give FBI trainees a chance to reflect on the dangers of corruption and racism. The experience includes watching documentaries, reading about the prejudice MLK faced, and a visit to the MLK memorial in Washington D.C.

As scholars of religion, we’d like to believe that this isn’t mere public relations. As an undergraduate at William and Mary College, Comey majored in Religious Studies, writing a thesis about a theologian committed to social justice, Reinhold Niebuhr. As Arthur Schlesinger once observed, Niebuhr was a critic of national innocence, which he regarded as a self-righteous delusion that Americans used to conceal their crimes from themselves. Comey appeared to take this teaching to heart, distinguishing himself from Hoover by being willing to face up to mistakes and moral blind-spots.

But is Comey himself learning all the lessons there are to learn from Hoover’s treatment of MLK?

In our own research on the FBI and its interaction with different religious communities, we came to realize that it wasn’t only racism that shaped Hoover’s treatment of MLK; religious bias played a role as well. Hoover cast the struggle against communism as a religious struggle, identifying America with Judeo-Christian values and the Soviet Union with a godless secularism bent on the destruction of religion. This Manichean world-view, dividing the world into forces of good and evil, skewed his understanding of people on the religious left. He could not accept that it was sincere belief that may have led leaders on the religious left, leaders like MLK, to oppose war and injustice. In his eyes, such leaders were imposters or dupes, a part of a Communist effort to infiltrate American society under the cover of religion.

Acknowledging the role of religious bias in the FBI’s treatment of MLK is important because of the role that religious bias is now playing in the Federal government’s treatment of a religious minority. Within a week of his inauguration, the Trump administration has prevented Muslim non-citizens from entering the country. Although he refocused his immigration ban on Muslim-majority countries rather than Muslims in general, Trump told Christian Broadcast news that preferential treatment would be given to Christians, making religion a test for how the US would treat refugees from war-torn regions like Syria. The executive order calls to mind the government’s refusal to accept Jewish refugees during World War II on the pretext that some were Nazi spies.

The FBI continues to play a crucial role in protecting religious minorities from hate crimes, but if Comey truly means to take to heart the lessons of history, he should be very concerned about how this kind of directive will affect the bureau’s mission. The FBI has its own unfortunate history of mistreating Muslims that began in the 1930s and continued to some extent after 9/11, but none of these earlier actions took place in a context where the President himself sanctioned overt Islamophobia. Comey has spoken of the perils of “moral surrender,” of the kind of rationalization that has sometimes allowed law enforcement to abet evil. There may never have been a point in the FBI’s history when that lesson was more relevant, and we can only hope that Comey fully grasps the lesson he has been teaching his agents and analysts.

During their visit to the MLK memorial, FBI trainees are asked to select a quote inscribed on the memorial and discuss what it means to them. As we think about the moral challenges that lie ahead for the FBI, we are moved to call one such quote to the attention of Director Comey himself: “Darkness cannot drive out darkness, only light can do that.”

Sylvester A. Johnson is Associate Professor of African American Studies and Religious Studies at Northwestern University.

Steven P. Weitzman is the Abraham Ellis Professor of Hebrew and Semitic Languages and Literatures at the University of Pennsylvania and director of the Herbert D. Katz Center for Advanced Judaic Studies.

Read their previous post “The Future of Religious Minorities in the Era of Trump.”

New from UC Press, The FBI and Religion: Faith and National Security Before and After 9/11 looks at the Bureau’s long history of religious persecution and the future of religious liberty in America.

Who Was Reinhold Niebuhr? And Why Was He Targeted by the FBI?