The Amazonian Environmental Research Institute (IPAM) is one of the five winners of Google Social Challenge 2016 in Brazil, with an app that allows indigenous people to adapt to climate change in the Amazon.

“Not all Brazilians get clear information about climate, as it happens within indigenous groups. The prize allows us to give them fundamental data to plan their living,” says Paulo Moutinho, senior researcher at IPAM, Elementa Associate Editor, and Guest Editor of the Special Feature, The extinction of deforestation in the Brazilian Amazon: Is it possible? This week Google has awarded US$ 3.1 million to innovative ideas in Brazil: US$ 436,000 to each winning project, and US$ 189,000 for each five finalists.

“Indigenous people really need support to get ready to face the changes that happen all over the world and with all the animals,” says Paxton Metuktire, member of Kayapo people from the Amazon.

IPAM’s project is part of the System of Observation and Monitoring of the Amazon Indigenous Territories SOMAI, which is an online platform that organizes information about more than 380 Indigenous Lands in the region, as forested area, deforestation rate and climate trends.

An app called Indigenous Climate Alert will feed smartphones operated by indigenous people with climate information of their lands, as severe droughts and precipitation fluctuation, thus they can prepare their community, adapting the agricultural calendar or avoiding fire, for instance.

Besides, the indigenous communities will also feed the app with ground data, which will improve SOMAI database to generate better regional climate predictions. In this sense, the project brings a combination of traditional and scientific information.

Lights Out: Brexit and the Environment
Trump, the Religious Right, and Public Religion 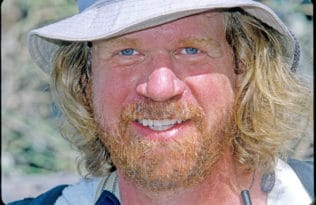