by Melanie Armstrong, author of Germ Wars: The Politics of Microbes and America’s Landscape of Fear 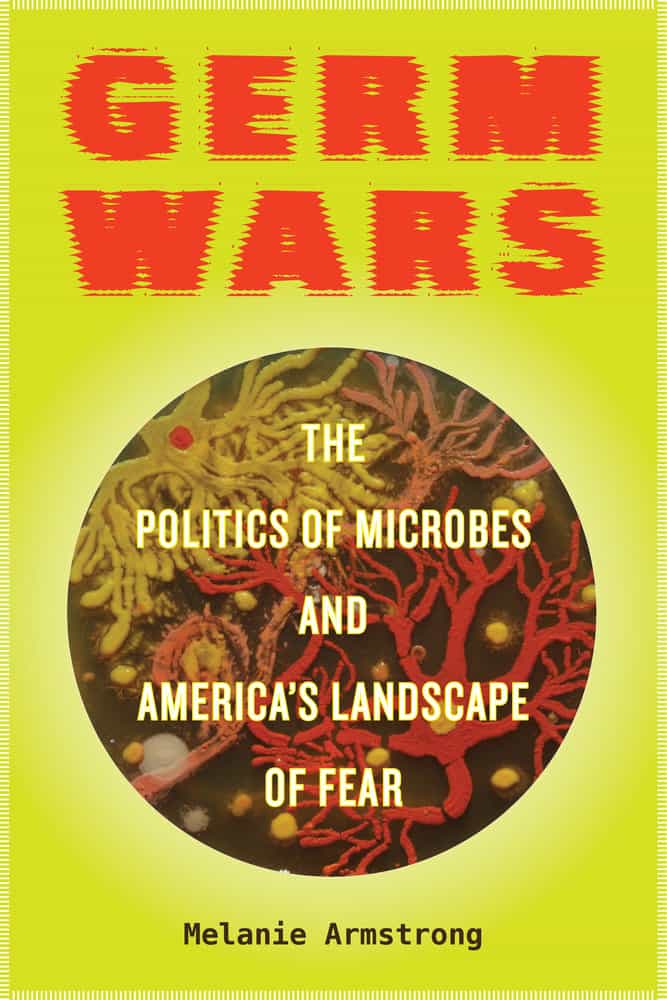 I teach in an Environmental Management program. When I give my elevator pitch biography, brows often furrow as listeners try to reconcile my research on bioterrorism preparedness with my academic position. In explanation, I challenge them to consider why it is that among the many studies of how people have managed and manipulated “the environment,” we have largely ignored microbial nature.

Human societies have spent vast amounts of time, effort, and money trying to control microbes. The modernized world, with its sewer systems and soap dispensers, looks this way because of our work to manage microbes. Moreover, while government spending on climate change research or species conservation often meets with political strife, few question large-scale allocations for disease control. It is socially ratified environmental management.

Late in the 17th century, a Dutch microscope enthusiast scraped film from a man’s teeth, slid it under a microscope, and saw a host of miniature “monsters.” This created a new category of nature: living microorganisms throughout every environment. Scientific study increased our knowledge of microbes, which we applied to managing microbial life.

We’ve had some success in this work, affirming a deep-seated belief that humans can control nature. In the 1960s, just after the United States passed the Endangered Species Act, we began a global campaign that would eradicate from nature the species that causes smallpox. Consumers continue to slather on hand sanitizer and scrub down surfaces to manage the microbes that pervade our environments. Ironically, gaining knowledge of microbes has only increased our fears, setting the stage for the rise of bioterrorism, a prominent social concern of the 21st century. Though few people have died in biological attacks, the US government has spent hundreds of billions of dollars preparing.

My research for Germ Wars took me across the nation, to see how those billions of dollars affect how people live. Bioterrorism preparedness funding has built a high-security biolab in rural Montana, terrorism training centers in the desert Southwest, and an Emergency Operations Center at the CDC, where scientists sit like members of NASA’s mission control, to command and control a nationwide disease response. To preempt biological attacks, we have stockpiled vaccines and immunized soldiers, and emergency responders regularly rehearse for outbreaks.

Notably, in that elevator pitch when I tell people about the money spent on such efforts, they seem relieved, manifesting the very real fears of microbes we’ve accumulated since we first started peering at microscope slides. We’ve carried these peculiar fears of nature for centuries, and now the technologies and institutions of the modern day have remade them for an era of global war and genomic science.

So, what can a study of bioterrorism offer environmentalists? It enriches the cultural history of nature by considering institutions like the CDC and Department of Homeland Security as environmental managers. It brings the most intimate interspecies relationships to the foreground, affirming that being human is being microbial and therefore natural. And it reminds us that environmental management pervades modern society, just as microbes do.

Assassination of a Saint: The US Trial for the Killing of El Salvador’s Oscar Romero
Integrating Current Events in Your Courses: Labor and Work