Today is Human Rights Day, which commemorates the day on which, in 1948, the United Nations General Assembly adopted the Universal Declaration of Human Rights.

We felt moved to turn this year’s focus on prisoner’s rights after the African American Intellectual History Society just released their Prison Abolition Syllabus, which highlights prison organizing and prison abolitionist efforts, from the 13th Amendment’s rearticulation of slavery to current resistance to mass incarceration, solitary confinement, and prison labor exploitation. Several UC Press titles are featured on the syllabus, which you can browse below:

The United States has the highest incarceration rates in the world. Just yesterday TIME released an incarceration report stating that 39% of prisoners should not be in prison. In the book Incarcerating the Crisis, which is included in the syllabus, and in a recent post on our blog, author Jordan Camp argues that the roots of the carceral crisis to the rise of neoliberal capitalism.

And overcrowding, violence, sexual abuse, and other conditions pose grave risks to prisoner health and safety, coupled with the mistreatment of prisoners based on race, sex, gender identity, or disability. Terry Kupers, author of the forthcoming UC Press book Solitary (publishing Fall 2017), discussed ADX-Florence, the “supermax” prison in Florence, Colorado known for its use of solitary confinement as a way to manage mental illness, with WNYC this week while law expert Hadar Aviram, whose book Cheap on Crime is also included in the syllabus, recently spoke with the Los Angeles Times about how California’s promises to speed up the death penalty are impossible to meet.

Tens of thousands of prisoners are held in long-term isolated confinement in “supermax” prisons and similar facilities. The devastating effects of such treatment, particularly on people with mental illness, are well known.

In addition to the above listed titles, we recommend the following titles to round out your reading: 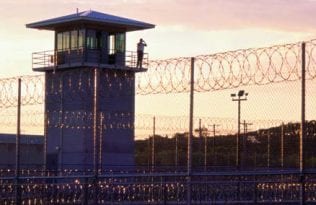