by Tobias Rees, author of Plastic Reason: An Anthropology of Brain Science in Embryogenetic Terms 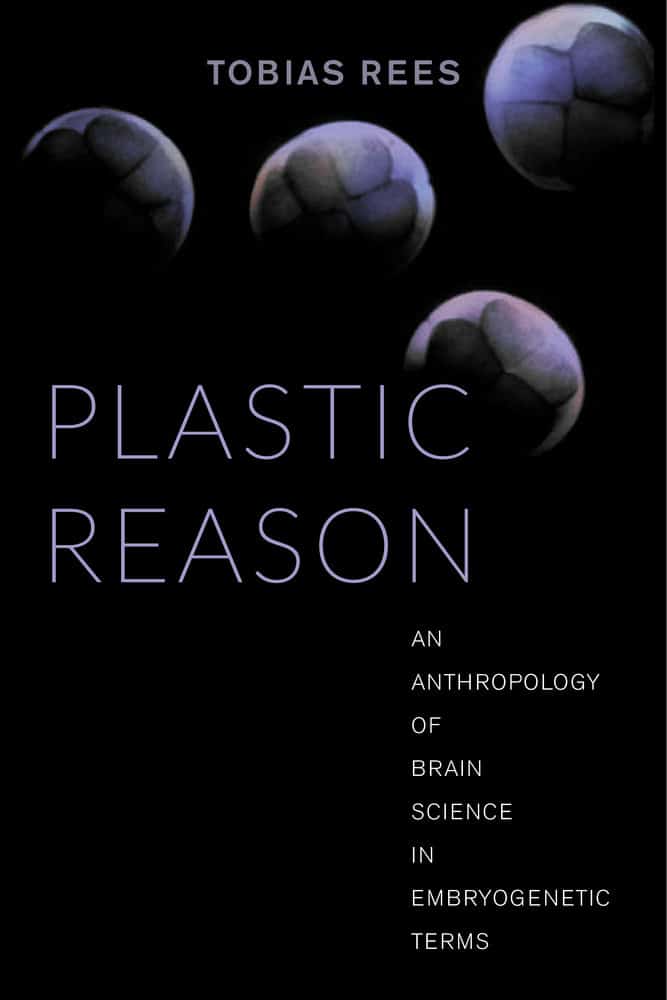 I imagine writing a reply to a book review that has never been written. I imagine the review to be kind and generous. Funny perhaps. It summarizes Plastic Reason elegantly and offers brief summaries of each chapter. And yet, despite its elegance, the review gets everything wrong about my book –– like all book reviews, always.

Or not wrong, no, that isn’t the right word. It gets nothing wrong. It is just that, well, it misses everything I cared about while writing my text.

True, Plastic Reason is about the discovery that some embryogenetic growth processes –– from the sprouting of axons to the birth of new neurons –– occur in the adult brain and thereby render it plastic. I trace, on many pages, how plasticity research emerged and try to show how, in which precise ways –– conceptually, experimentally, ethically –– it amounts to a radical rupture from the neurochemical conception of the brain that has dominated since World War II.

But all of this tracing is just pretext. It is not at all, if you ask me, what the book is about. And that someone could seriously suggest that Plastic Reason is reducible to a mere recounting of the discovery of cerebral plasticity leaves me not only disappointed; it leaves me heartbroken.

But what, then, is Plastic Reason about?

To begin with, it is not about science. Nor about the brain. I am not so much interested in science. Nor in the brain. What intrigued me, instead, was poetry. It is not that I think I am a poet. What I mean instead is the effort, akin to poetry, of capturing something of the intense turmoil provoked by the unanticipated finding of plasticity –– the falling apart of certainty, the loss of truth, the gain of unstable possibilities.

More specifically, I found myself intrigued by the idea that at the center of scientific practice is an irreducible uncertainty.

Imagine that every effort to come to terms with experiments –– the photos, the gels, the the blots, the graphs, the many hours of discussions at the bench –– were all contingent on unarticulated conceptual presuppositions. On so many of them that they could never be all discovered and cleared. The consequence would be an irreducible instability.

I fell in love with just this instability. And I was thrilled –– frenzy –– when I recognized that I shared this love with the men and women who introduced me to the art of experimentation. I learned that labs are not about the production of truth. Or maybe they are but this is not what matters to the experimenter, at least not those I got to know. No, what matters in experimentation is the cultivation of uncertainty. What matters is the art of making uncertainty productive –– of letting it derail yet another set up, of opening yet another, unforeseen horizon.

Sure, I documented how plasticity disrupted the conception of the brain as a fixed, neurochemical machine. But what interested me in this documentation of a rupture was the possibility of showing that it has to be understood as the result of poetry: of the the art of imaging that things could be otherwise as we had thought, of the effort of capturing snapshots of the growth of form, of rendering the brain visible as a form in ceaseless movement.

What intrigued me as well was that the work on the brain, since roughly 1800, was work on the human. Of course, what the brain has changed many times over since Franz Joseph Gall first established the brain as organ of the human. But this is exactly why I got fascinated: Built-into the correlation between brain and human is the exact same instability (or is it a different one?) as in experimentation.

Could I render visible the daily work on plasticity as experimental philosophy –– or poetry –– of the human? As ethical work of a self on a self? In conversation with friends (and mice and fish)? Conducted as an end in itself?

How could a reader not see that even though I work on the terrain of STS, I am not an STS scholar? How could she miss that my ambition has been to render visible, with the tools of the poetic and philosophically inclined fieldworker, the artistic and anthropological of the contemporary?

Tobias Rees is Associate Professor of Anthropology with a dual appointment in the Department of Social Studies of Medicine at McGill University.